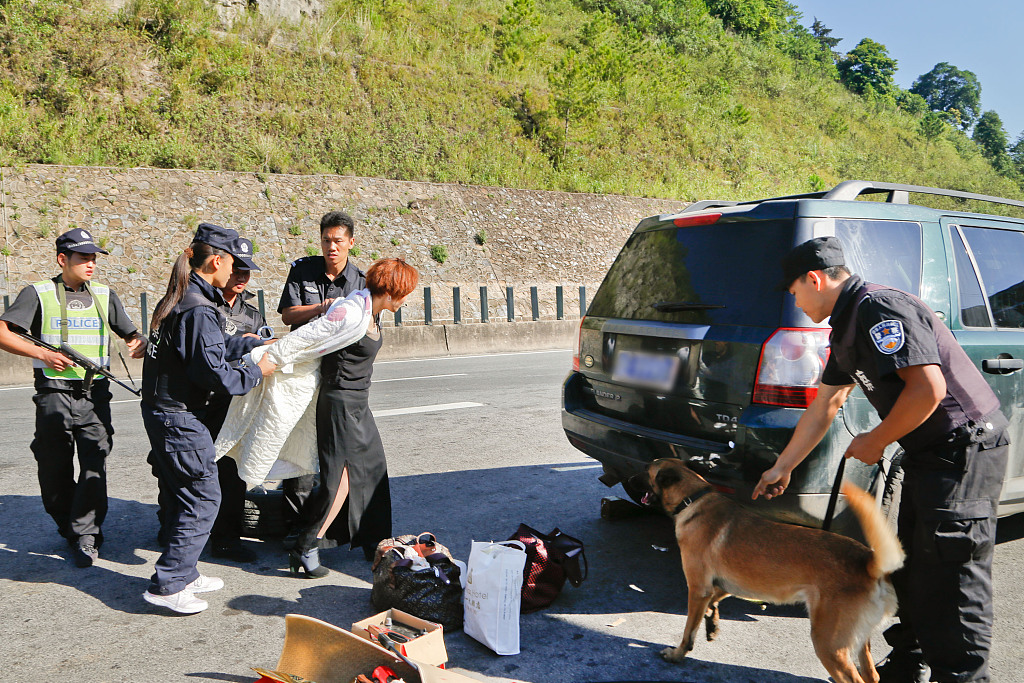 Police in Hekou County, Honghe Hani and Yi Autonomous Prefecture launched an investigation in mid-March to trace the whereabouts of the suspects after they had received information that someone was planning to transport a large amount of drugs across the border into China.

On Monday afternoon, police caught three men allegedly carrying 8.54 kg of methamphetamine and 16.78 kg of heroin on their motorcycles at a temporary checkpoint.

The three suspects are currently being held in police custody. The case is under further investigation. (Xinhua)