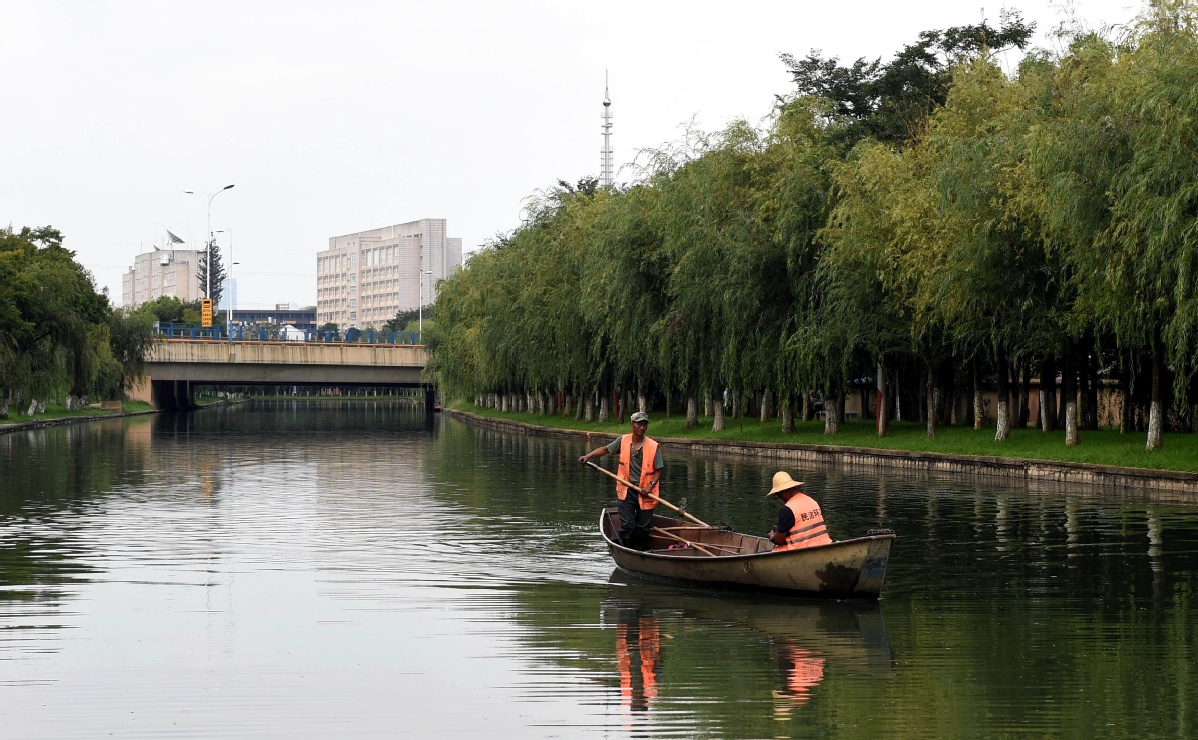 KUNMING－Though Liu Fanjun's memory sometimes fails him these days, the 73-year-old can still recite a nursery rhyme about a lake in his hometown in Yunnan province.

"Dianchi Lake stretches far into the sky with clear water sparkling in a boundless width. Row your boat, dance with fish and happily return home after sunset," Liu hummed.

Known as the "sparkling pearl" of the highlands, the lake is the major source of water for industrial and agricultural use in Kunming and also plays a key role in balancing the city's environment.

"Fishermen walked home along the tranquil lake before sunset. Children swam in the lake on hot summer days. These are my memories," Liu said.

The picturesque scenes changed in the late 1980s when the lake became murky because of the industrial and domestic waste discharged into it. The lake surface was covered with a layer of bluegreen algae caused by an influx of wastewater loaded with nitrogen, phosphorus and other harmful substances.

"Untreated industrial waste and agricultural fertilizer was dumped straight into the lake," said Liu. "White foam, along with rotten fish and shrimp, piled up along the shore."

In the 1990s, the water quality in the lake was deemed "inferior to Grade V", the worst level in China's water quality grading system and "too polluted for any purpose". About 80 percent of local fish species in the lake disappeared.

To protect the lake, the central government and Yunnan provincial authorities implemented a series of measures to restore its lost splendor after decades of severe pollution.

Kunming has built nearly 100 kilometers of pollution interception pipes along the shores of the lake to prevent wastewater from entering.

As much as 566 million cubic meters of water have been diverted into the lake every year since 2013 to restore its self-purifying capabilities. Wastewater treatment plants have been built in 20 towns and 885 villages in the vicinity.

Fishing was also prohibited throughout 2010 and 2011, according to Wu Chaoyang, deputy director of the Dianchi Lake administration bureau.

Earlier efforts have begun to pay off. Water quality in the lake rose to Grade IV in the first quarter of this year.

In March, garganey, an endangered duck species, reappeared in the wetlands around the lake for the first time in 30 years.

"Although the deterioration of water quality has been halted, it is far from satisfactory," Wu said. "We still have a long way to go to protect our mother lake."

Over the next two years, Yunnan plans to spend another 7.6 billion yuan ($1.2 billion) on 64 pollution control projects in a bid to make the lake swimmable again by 2020.

"Dianchi Lake stretches far into the sky with clear water sparkling in a boundless width. I hope more people will see a crystal clear Dianchi, as it used to be," Liu said.