Ever since Zhang's case entered the sentencing phase, the focus shifted on whether Christensen should receive the death penalty. 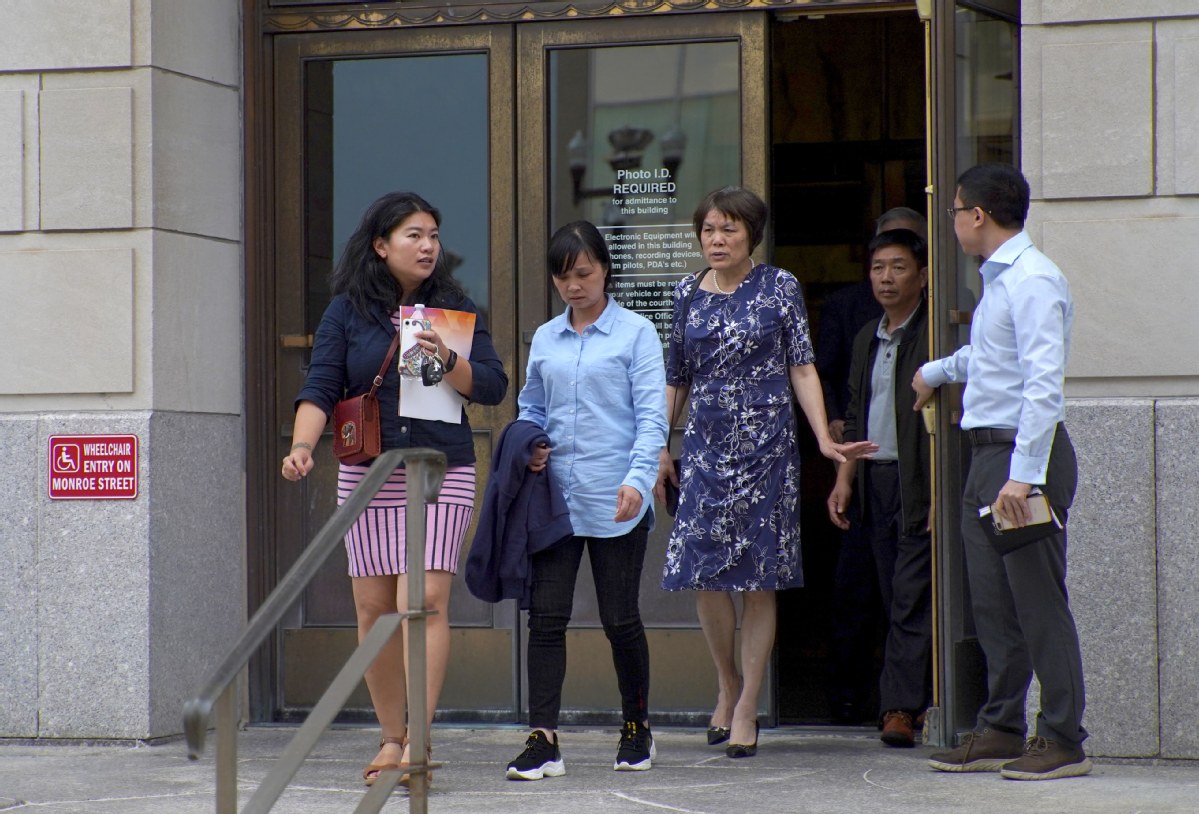 Christensen was sentenced to life in prison after the jury failed to reach a unanimous decision required to sentence him to death, media reports said.

Following the verdict, Yingying's father expressed gratitude to the jury and people who have offered help and support throughout the case, but reiterated his resolution to recover his daughter's body.

"The jury has already made a decision, and the trial has ended. Yet Yingying still hasn't returned home," said Zhang's father in a statement. "Our goal has always been, and will always be, bringing Yingying home. Unless we do this, we will not find our peace."

"Although we disagree with this verdict, we can accept that the killer will spend the rest of his life behind bars, which will make up for us in some way. We hope that every day in prison, the killer could feel the pain we feel after losing Yingying."

Zhang enrolled at the University of Illinois at Urbana-Champaign in April 2017 to continue her studies. Two months later, she was last seen entering a black car.

FBI investigators arrested Christensen three weeks after Zhang was reported missing on June 30. He was charged with kidnapping and murder.

Christensen was found guilty by an Illinois jury on June 24, 2019.