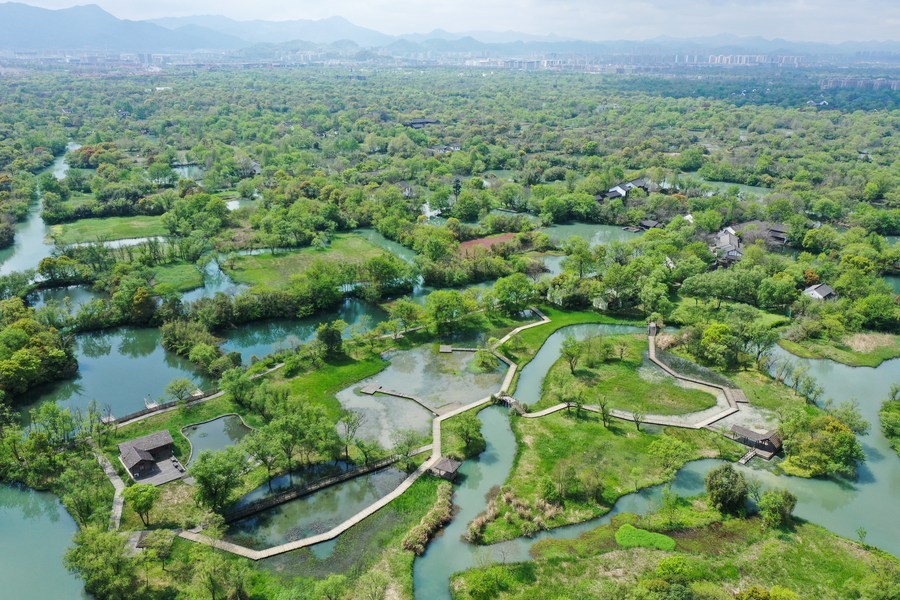 Zhejiang province is aiming for "significant progress" in building itself into a pilot zone for common prosperity by 2025 through high-quality development, according to the latest implementation plan released by provincial authorities.

The plan, which was unveiled on Monday, proposes 52 tasks and goals relating to income, employment, housing, education and public health in the province.

A central idea is the formation of an "olive-shaped social structure "in which middle-income households are the mainstay of the economy. The province will also strive to become an example of how to reduce disparities between regions, urban and rural areas and incomes.

The size of the middle-income group in the province is expected to expand with improvements in the quality of life. The proportion of residents with annual household disposable income of 100,000 yuan to 500,000 yuan is expected to reach 80 percent.

By 2025, the urbanization rate of the population in Zhejiang will reach 75 percent, with the income gap between urban and rural residents kept at a reasonable level.

With the income gap expected to shrink, the ability of low-income groups to earn more money and increase their living standards will be significantly improved.

"Zhejiang plays an exemplary role in exploring the experiments of a society seeking common prosperity in accordance with what the country needs and what the public expects," Wang Zhangming, executive director of the Anhui Labor Institute, told the Securities Times.

Education, one of the main development indicators, is projected to reach the international and domestic advanced level with an enrollment rate in higher education of more than 70 percent, Xinhua News Agency reported. Children will receive 15.5 years of education on average.

For urban residents in Zhejiang, "public service circles" will be established with community members able to walk to facilities offering preschool education, health and seniors care, and physical exercise, within 15 minutes. Life expectancy is forecast to surpass 80.

A decision to establish Zhejiang as a demonstration zone for common prosperity was unveiled in a guideline jointly released by the Communist Party of China Central Committee and the State Council, China's Cabinet, on June 10. It came as the nation works toward the goal of tackling development problems and narrowing the gap between urban and rural areas after eradicating extreme poverty last year.