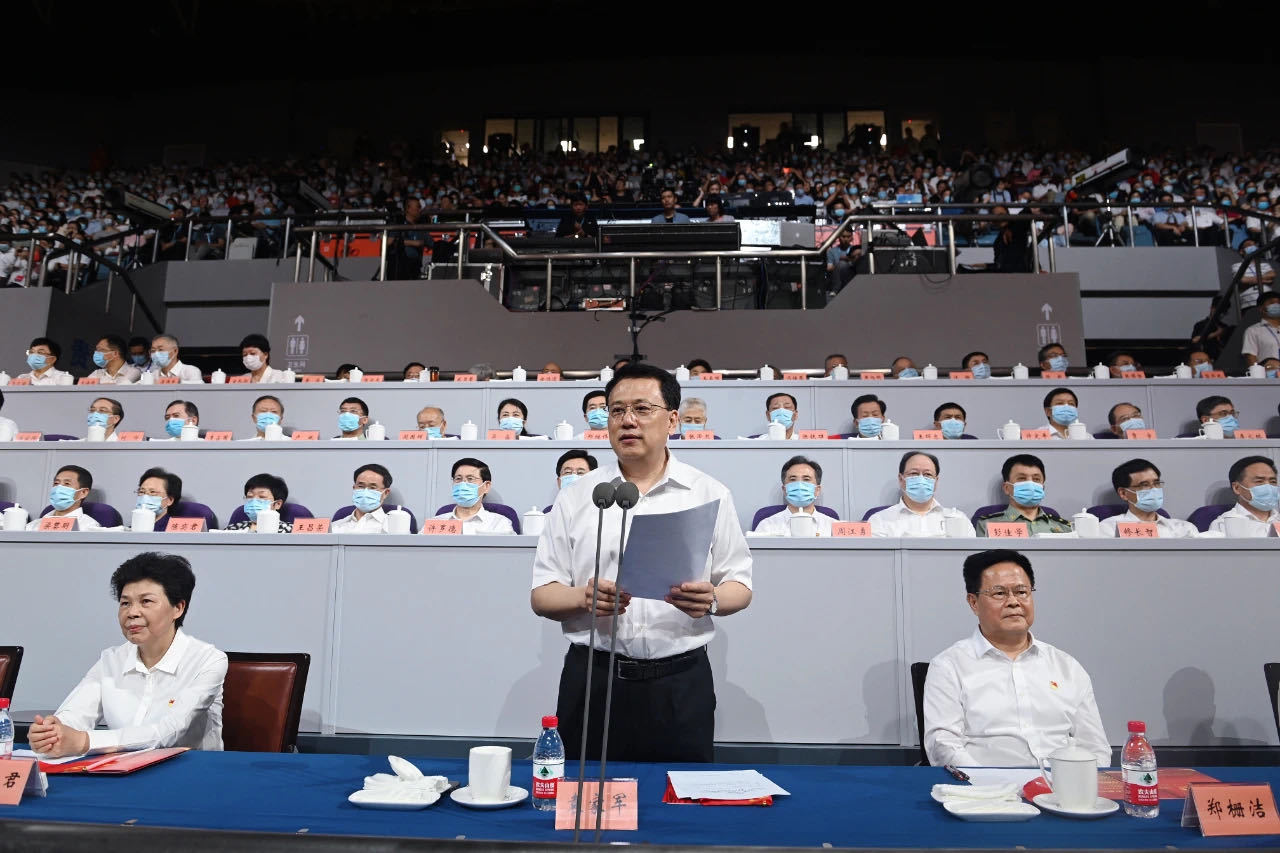 Yuan Jiajun, secretary of the Zhejiang Provincial Committee of the Communist Party of China, delivers a speech at a theatrical performance in Hangzhou, Zhejiang, on Sunday. (Photo: China Daily)

A theatrical performance was staged in Hangzhou, Zhejiang province, on Sunday to mark the 100th anniversary of the founding of the Communist Party of China, which falls on July 1.

Yuan Jiajun, secretary of the Zhejiang Provincial Committee of the Communist Party of China, delivered a speech at the performance.

"Zhejiang is the place where the Chinese revolutionary red boat set sail and the red root and tradition have always been the most distinctive characteristic of the CPC's progressive undertakings in Zhejiang over the past century," Yuan said. 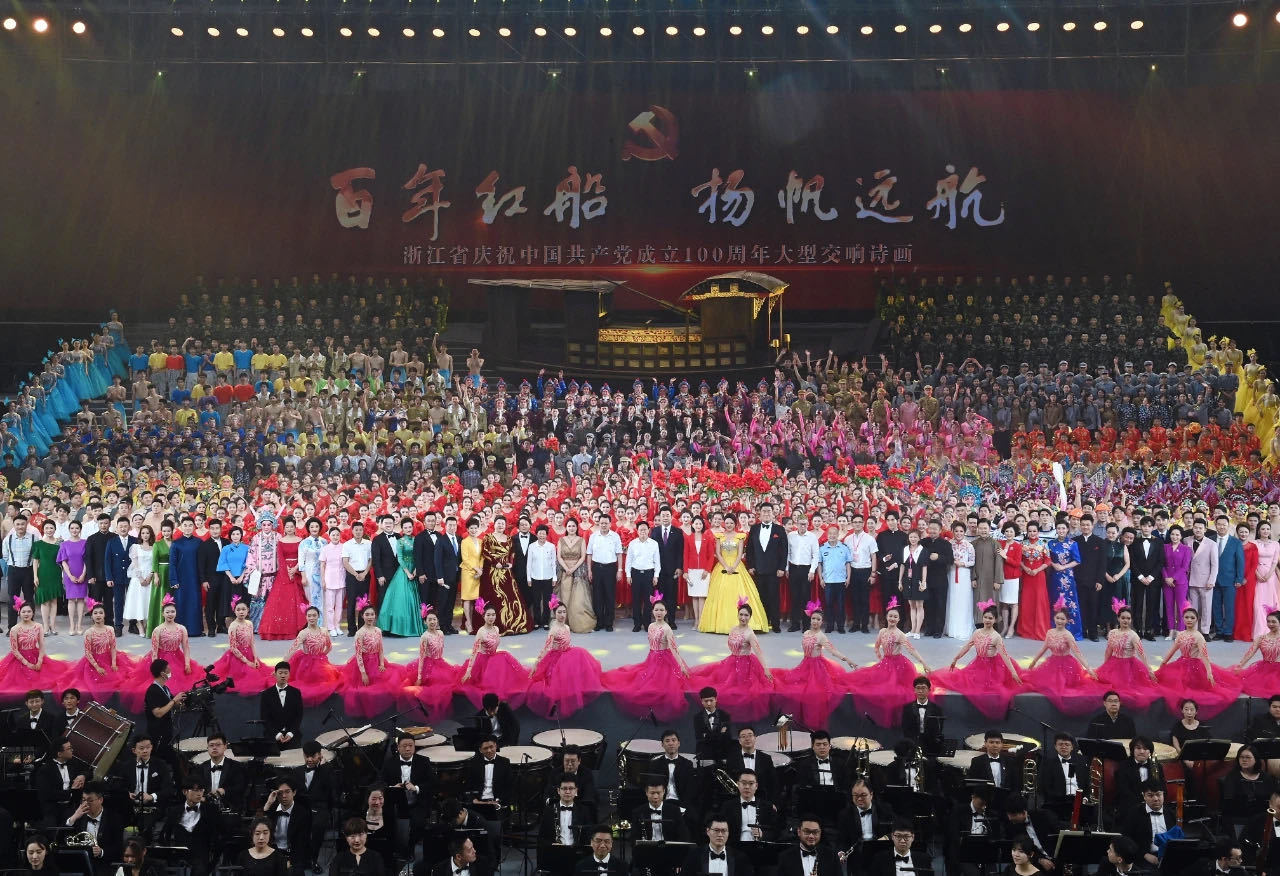 A stage photo of the theatrical performance in Hangzhou, Zhejiang province on Sunday, marking the 100th anniversary of the founding of the Communist Party of China. (Photo: China Daily)

He added that over the past 100 years, especially since the implementation of the Double-Eight Strategy under the firm leadership of the CPC, remarkable changes have taken place in Zhejiang. It has evolved into a major national economic powerhouse, opened further to the outside and become deeply integrated with the global economy in a march toward high-level, all-around prosperity, which demonstrates the great strength of the socialist system with Chinese characteristics.

More than 2,300 performers from some 40 art troupes across the province presented the extravaganza, which included solos, choruses, dances, dramas and recitals in a review of the CPC's glorious history and achievements.

The performance was co-sponsored by the Publicity Department of the CPC's Zhejiang Provincial Committee, the Zhejiang Department of Culture and Tourism and Zhejiang Radio and TV Group.