Zhejiang suspects arrested for running gambling app for the blind 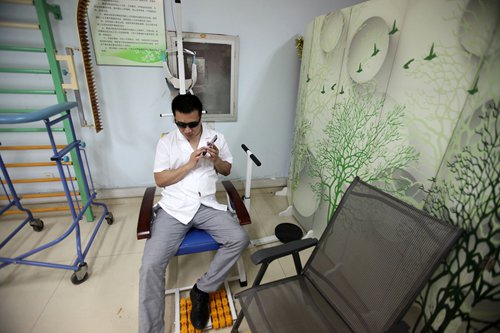 A criminal gang was nabbed by the police in East China's Zhejiang Province for running a gambling app for visually-impaired people.

The app, "Xiangni Entertainment," made 9 million yuan ($1.3 million) in eight months, according to the Binjiang district public security bureau in Hangzhou, Zhejiang, The Beijing News reported on Sunday.

The police said they detained suspects connected to the app and seized the devices they used. The police are undergoing further investigation.

According to the police, the app provided gambling games for visually-impaired people.

The app was not open to the public. New users had to be invited to register, the Zhejiang Legal Newspaper reported on Friday.

More than 5,000 people were involved in the app's gambling games.

A victim said the app was "deeply trusted by blind community" because they could use it without handicaps. The app proved devastating for users. Some lost as much as 300,000 yuan in one month, The Beijing News reported.

Binjiang police said that several suspects of the criminal group were also disabled.

China has a visually-impaired population of more than 17 million, according to china.com.cn in January. Many of them make a living as factory workers or masseuses.

Hangzhou police cracked down on the group during a campaign to combat illicit activity on the internet environment.

Almost 2,400 suspects have been detained in 1,200 cases involving internet crimes this year. The cases covered online hacking, gambling, pornography, and the gun trade, according to the report of the Zhejiang Legal Newspaper.