CHINA Zhejiang to be demonstration zone for common prosperity

Zhejiang to be demonstration zone for common prosperity

China has unveiled measures for building a demonstration zone for achieving common prosperity through high-quality development in Zhejiang province, with a view to exploring effective approaches to address the problem of the country's unbalanced and inadequate development. 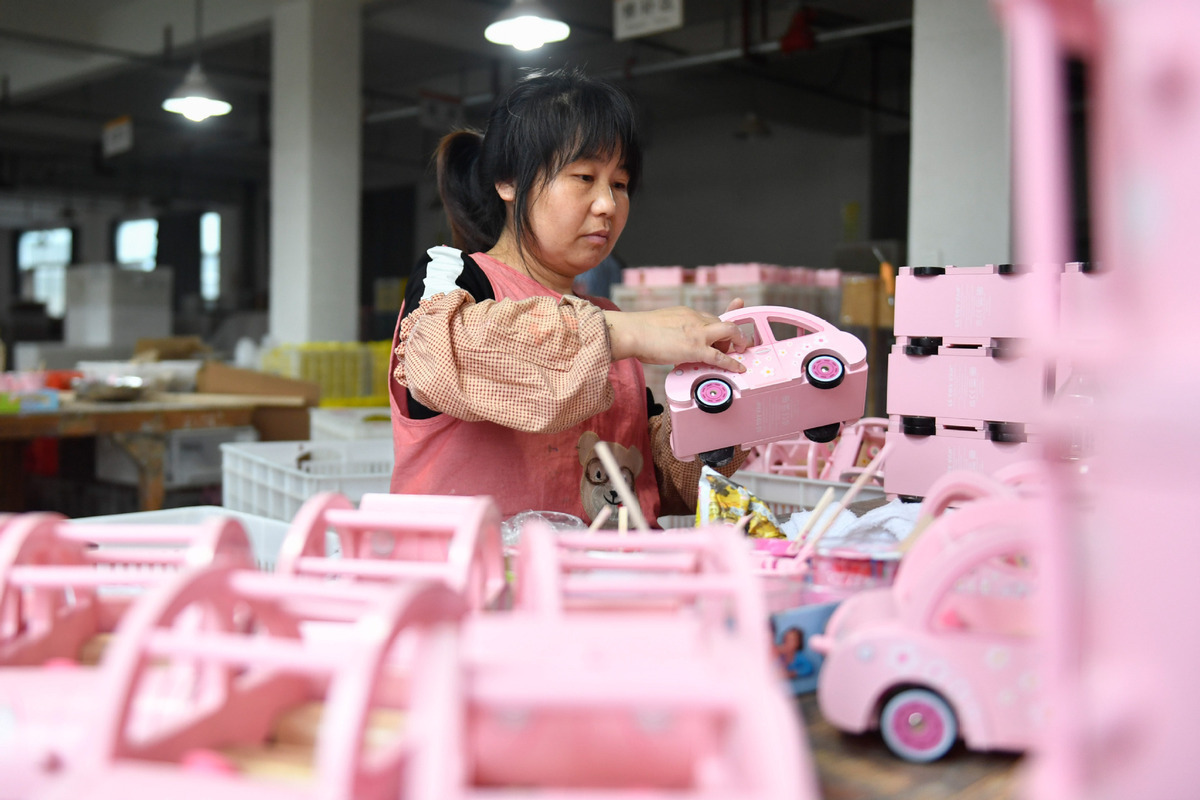 A worker makes wooden cars in a factory in Yunhe county, Zhejiang province, on June 4, 2021. [Photo/Xinhua]

The Communist Party of China Central Committee and the State Council, China's Cabinet, jointly published a guideline on Thursday supporting Zhejiang taking the lead in building a demonstration zone as an example for promoting common prosperity nationwide.

Recognizing that common prosperity is an essential requirement of socialism and people's common aspirations, the guideline said this relates not only to economic issues, but also is a political issue that matters to the foundation of the Party's governance.

Despite the historical achievements that China has made toward fully completing the building of a moderately prosperous society, particularly in eliminating absolute poverty in rural areas across the country, it still faces the prominent problem of unbalanced and inadequate development, with a big gap between the development of urban and rural areas as well as a big division in income distribution, according to the document.

Zhejiang has been chosen to build the demonstration zone because it has achieved marked progress in resolving the problem of unbalanced and inadequate development and has advantages for that purpose, the document said. The province also has broad room for improvement and big potential for development, it added.

In building the demonstration zone, the focus should be on promoting common prosperity and people's overall development, with an aim of meeting people's increasing demand for a better life, the guideline said.

It calls for reform and innovation to address development gaps between regions as well as between urban and rural areas, and to narrow the income gap, with an emphasis on countryside, grassroots-level communities and less-developed areas, as well as people in need.

Yuan Jiajun, secretary of the CPC Zhejiang Provincial Committee, said the province will take solid measures to ensure that substantial progress will be made in construction of the demonstration zone by 2025, in line with the requirement of the guideline.

At that time, the province will take the lead in formulating the systems, mechanisms and policy frameworks. This will be done in terms of promoting common prosperity; shaping a high-quality development mode with even stronger vitality, innovation and competitiveness; forming a social structure with middle-income people as the majority; and realizing the sharing of high-quality public services that affect all aspects of people's lives, Yuan said.

By 2035, major progress is to be made in high-quality development in the province, and common prosperity will be basically attained, he added.

In building the demonstration zone, priority will be given to deepening reforms in the social sector, breaking the institutional barriers that affect high-quality development and high-quality lives, and stepping up the establishment of income and wealth distribution mechanisms to enhance social fairness, Yuan said. In addition, experiences that can be promoted in other areas will be identified.