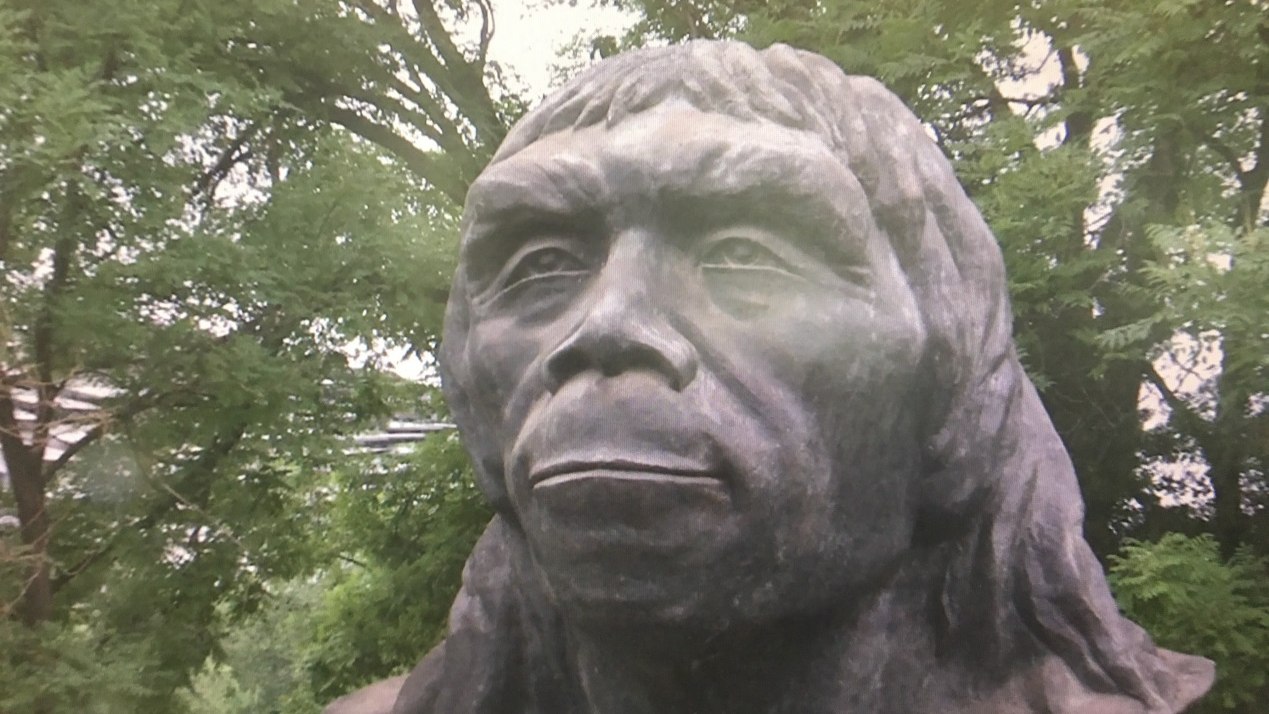 The Zhoukoudian archaeological site was one of China's first batch to be inscribed in the List of World Heritage Sites by the UNESCO back in 1987. Human fossils dating as far back as 700,000 years were found there.

Saturday marked China's annual Cultural and Natural Heritage Day, and Zhoukoudian, in Beijing's suburban Fangshan District, was the main venue to mark the occasion in the Chinese capital.

The sculpture of Peking Man at the entrance of the site is a household image, having graced the first chapter of China's middle school history books.

The Peking Man fossils were discovered there back in the 1920s.

The site, which bore the evidence of early human, is now embracing advanced technology.

Its main attraction, the Peking Man Cave, is now covered with a massive canopy, to protect the site from damage by natural elements thanks to a project by Tsinghua University.

Yu Ping, deputy director of the Beijing Municipal Administration of Cultural Heritage, said, “The rocks of Zhoukoudian site have seen problems like weathering and leakage for many years. We've gathered experts from different fields, to protect the site. This protection project has undergone 10 years of research, discussion and bidding, and is nearly completed.

A ceremony was held to celebrate the near completion of the protection project, and to mark the National Cultural and Natural Heritage Day.

Performances spoke about the historical significance of the site, and videos displayed the achievements of Beijing in the protection of its heritage sites and relics using technology. This year's theme of the National Heritage Day was "Technology in Protecting Heritage Items".

In 1929, the first Peking Man skull was discovered by anthropologist Pei Wenzhong. For that and other discoveries of skulls, teeth, tons of stone tools and animal fossils by both Chinese and foreign archaeologists, Zhoukoudian became home to the most complete relics of primitive man of the same period, in the world.

Now a third of the soil of the Peking Man Cave still belongs to the primitive human period. Inside the cave, now protected by its "cool" shield, visitors can both experience the feeling of history and the convenience and fun provided by modern technology.

State-of-the-art technology will not only protect the site from further weathering, it will also add fun to the visiting experience, by providing vivid scenes of how Peking Man once lived using projections on the rocks.

The Peking Man Cave will open to the public in August.