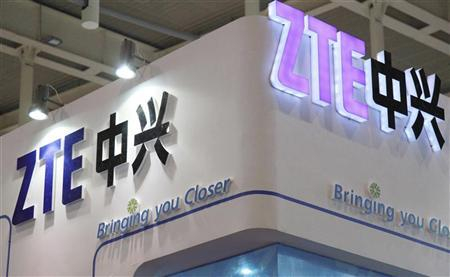 Chinese telecommunications giant ZTE has announced it is applying for a 30-billion-yuan (4.7 billion US dollars) credit line from the Bank of China, and another six billion US dollars in credit from China Development Bank.

The announcement was made after the company resumed trading on Wednesday following an agreement to pay up to 1.4 billion US dollars in penalties to the US government.

Its shares plunged on the first day it resumed trading.

On the Hong Kong stock market, ZTE shares tumbled more than 41 percent to 14.96 HK dollars (1.91 US dollars), wiping out around three billion US dollars in the company’s market value.

ZTE was crippled when the United States imposed a seven-year supplier ban on the company in April accusing it of breaking an agreement to discipline executives who conspired to evade US sanctions on Iran and the Democratic People's Republic of Korea (DPRK). It suspended trading in Hong Kong and Shenzhen in April following the US ban.

Before the whole upheaval that put the company on pause in the last two months, ZTE was valued at around 20 billion US dollars, making it the fourth largest telecom equipment maker in the world, and the second largest in China, after Huawei.

In its filing Tuesday, the company said it’s paying a one-billion-US-dollar fine to the US government as part of a settlement agreement, and placing an addition 400 million US dollars in escrow. It’s also replacing the entire board of directors, and creating a compliance committee.

Domestic reaction: a wake-up call for the industry

ZTE may be on the way to recovery now after resuming operations, but what the company went through in the recent months has deeper implications.

The company has been viewed as a source of national pride for the country’s consumers and public. It started from a humble beginning more than 30 years ago and has grown to become a household name in the industry, leading in areas like 5G technology. Many look up to its success.

Guangzhou residents told CGTN they take pride in home-grown products and technologies as as ZTE's and will not be swayed in their support. They also expressed belief that what ZTE experienced should alert Chinese companies to develop and own core technologies.

According to its annual report, the bulk of ZTE’s 109 billion yuan revenue in 2017 came from carrier networks, a part of its business heavily reliant on imported chips and has been severely affected since the US purchase ban.

Experts also agree self-reliance in core technology is important, but a full readjustment could take a long time.

Xue Quan, a leading figure in the industry and director at the School of Electronics and Information at the South China University of Technology told CGTN that, “ZTE, Huawei and other Chinese telecommunications companies have been doing well all along. They invest big in research and development and focus on quality. ”

“But recent events show that the companies can only be responsible for so much in the entire industry chain, and to really become self-reliant in terms of core technology, more patience and synergy are needed,” He said.

China is also reported to be launching a fund worth 300 billion yuan (47 billion US dollars), devoted to improving advanced China-made microprocessors.