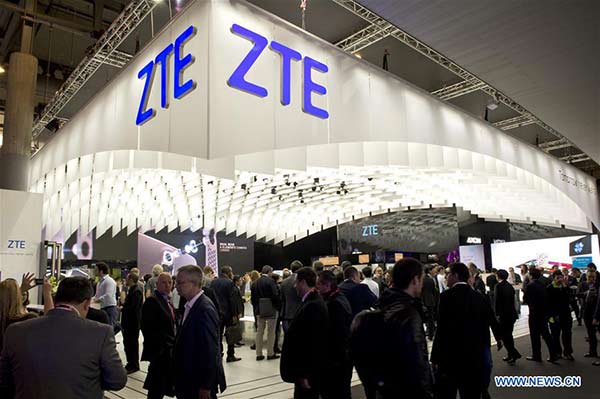 China's ZTE Corp denied on Monday a possible buyout by another telecommunication manufacturer, but industry insiders warned that uncertainty remains even after the company's restructuring.Fourteen directors, including former chairman Yin Yimin, resigned from the company's board on Friday, according to ZTE's 2017 annual general meeting held on Friday in Shenzhen, South China's Guangdong Province. It also amended the articles of the association and rules of the board of directors, and Li Zixue was elected to the board of directors.Li was the former Party branch secretary of Xi'an Microelectronics Technology Institute, affiliated with China Aerospace Science and Technology Corp (CASC), a State-owned enterprise that has worked on the Shenzhou and Long March advanced rocket launch projects. "Replacing its entire board is a condition to fulfill the deal the company has reached with the US, but it's still hard to say whether the new management team will be successful due to members' SOE backgrounds," Xiang Ligang, chief executive of telecom industry news site cctime.com, told the Global Times. The US government announced in April that American companies will be banned from providing components to ZTE. The ban left the company in limbo, as about 30 to 40 percent of its components are sourced from the US. "Our following task is to enhance confidence within the company and wait till the ban is lifted. After that, we'll resume production as soon as possible," Li told the general meeting on Friday. Industry analysts said that it is unclear whether Li's experiences as an SOE executive will be suitable for ZTE's global business expansion and work culture. A market rumor went viral on Monday about a potential merger and acquisition (M&A) between ZTE and Wuhan-based State-owned telecom equipment provider FiberHome Telecommunication Technologies Co. FiberHome has recently been involved in restructuring with an affiliate of Datang Telecom Group, another major telecom equipment maker. A PR representative from ZTE denied the rumor when contacted by the Global Times."If the ban is not lifted, an M&A deal will follow the bankruptcy of ZTE," Xiang said, noting that a merger of ZTE, FiberHome and Datang is unlikely due to the three firms' respective considerable market shares. ZTE has not defaulted in any payment to its suppliers in recent months, its former chairman Yin noted on Friday. "Still, the incident has shaken confidence of its end suppliers," Fu Liang, an independent TMT analyst, told the Global Times. The next steps for new management are to pay the fine, ease up financial pressures and resume production soon, Fu noted. "Also, ZTE should never repeat the wrongdoings of the past, and catch up with 5G opportunities," he said.