Mongolia, a nation bordered by China and Russia, is known for vast, rugged expanses and nomadic culture. 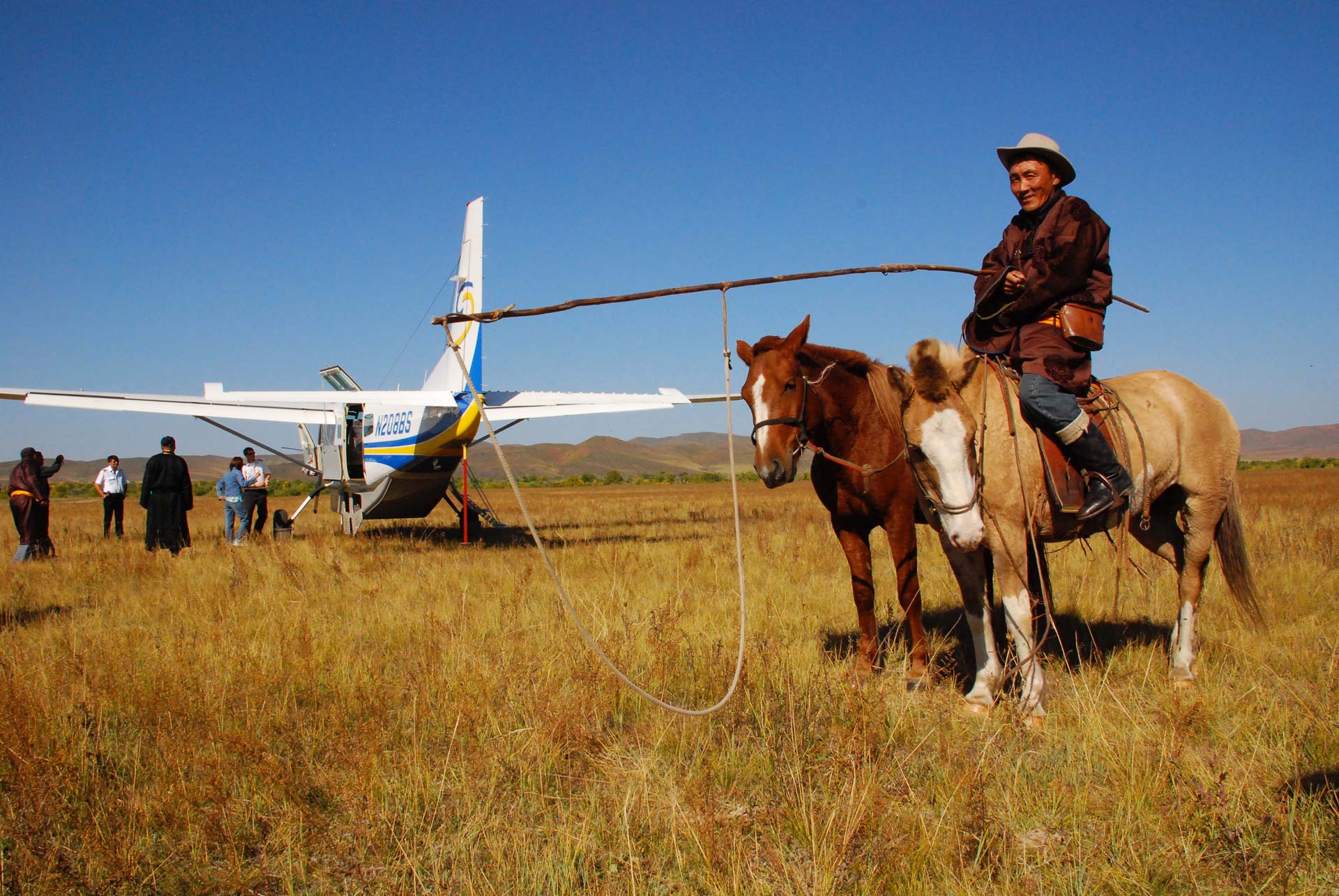 For Mongolians, the word “rangeland” (belcheer) also means “homeland” (nutag). Rangelands are not only a source of feed for livestock but also a symbol of the value that herders and locals attach to their homeland. (Photo: Xinhua)

Capital: Ulaanbaatar. The city has a population of around 1.3 million and is the largest city in Mongolia, standing as its political, commercial, industrial and cultural hub.

Population: 3,156,615 (2019). Mongolia population is equivalent to 0.04% of the total world population. Mongolia ranks number 137 in the list of countries (and dependencies) by population.

The geography of Mongolia is varied, with the Gobi Desert to the south and cold, mountainous regions to the north and west. Much of Mongolia consists of the Mongolian-Manchurian grassland steppe, with forested areas comprising 11.2% of the total land area.

Mongolia is known as the "Land of the Eternal Blue Sky" or "Country of Blue Sky" (Mongolian: "Mönkh khökh tengeriin oron") because it has over 250 sunny days a year.Most of the country is hot in the summer and extremely cold in the winter, with January averages dropping as low as −30 °C (−22 °F).

Mongolia is high, cold, and windy. It has an extreme continental climate with long, cold winters and short summers, during which most of its annual precipitation falls. The country averages 257 cloudless days a year, and it is usually at the center of a region of high atmospheric pressure.

Economic activity in Mongolia has long been based on herding and agriculture, although development of extensive mineral deposits of copper, coal, molybdenum, tin, tungstenand gold have emerged as a driver of industrial production.

Besides mining (21.8% of GDP) and agriculture (16% of GDP), dominant industries in the composition of GDP are wholesale and retail trade and service, transportation and storage, and real estate activities.

The grey economy is estimated to be at least one-third the size of the official economy. As of 2006, 68.4% of Mongolia's exports went to the PRC, and the PRC supplied 29.8% of Mongolia's imports.

Mongolia is ranked as lower-middle-income economy by the World Bank. Some 22.4% of the population lives on less than US$1.25 a day.

Minerals represent more than 80% of Mongolia's exports, a proportion expected to eventually rise to 95%. About 3,000 mining licences have been issued. Mining is continuing to rise as a major industry of Mongolia as evidenced by the number of Chinese, Russian and Canadian firms starting mining businesses in Mongolia.

In 2002, about 30% of all households in Mongolia lived from breeding livestock. Most herders in Mongolia follow a pattern of nomadic or semi-nomadic pastoralism. Due to the severe 2009–2010 winter, Mongolia lost 9.7 million animals, or 22% of total livestock. This immediately affected meat prices, which increased twofold; the GDP dropped 1.6% in 2009.

During the state socialist period, education was one of the areas of significant achievement in Mongolia. Before the People's Republic, literacy rates were below one percent. By 1952, illiteracy was virtually eliminated, in part through the use of seasonal boarding schools for children of nomadic families. Funding to these boarding schools was cut in the 1990s, contributing to slightly increased illiteracy.

Mongolian national universities are all spin-offs from the National University of Mongolia and the Mongolian University of Science and Technology. Almost three in five Mongolian youths now enroll in university. There was a six-fold increase in students between 1993 and 2010.

Mongolian press began in 1920 with close ties to the Soviet Union under the Mongolian Communist Party, with the establishment of the Unen ("Truth") newspaper similar to the Soviet Pravda.

The Mongolian media currently consists of around 300 print and broadcasting outlets.According to 2014 Asian Development Bank survey, 80% of Mongolians cited TV as their main source of information.

Since 1990, key health indicators in Mongolia like life expectancy and infant and child mortality have steadily improved, both due to social changes and to improvement in the health sector.

Smallpox, typhus, plague, poliomyelitis, and diphtheria were eradicated by 1981. The Mongolian Red Cross Society focusses on preventative work. The Confederation of Mongolian Trade Unions established a network of sanatoriums.

Poor air quality is also the largest occupational hazard, as over two-thirds of occupational disease in Mongolia is dust induced chronic bronchitis or pneumoconiosis. Mongolia has the highest rate of liver cancer in the world by a significant margin.

Mongolia and China established diplomatic relations on Oct. 16, 1949. In the 1950s and 1960s, China sent large numbers of workers to Mongolia to help with its infrastructure development. Some of the projects have since become symbols of Mongolia-China friendship.

Mongolia is one of China's close neighbors. Also, the country is one of the main countries along the Belt and Road Initiative (BRI).

In a historic visit to Mongolia by Chinese President Xi Jinping in 2014, the two Asian countries upgraded their ties to a "comprehensive strategic partnership." Since then, bilateral cooperation has embarked on a faster track.

In recent years, China and Mongolia have witnessed remarkable achievements in economic and trade cooperation thanks to their joint efforts.

According to statistics released by the Mongolian Customs General Administration in August, among the 60 countries to which Mongolia exported its goods and services in the first seven months of 2018, China was the recipient of over 86 percent of the total.

Moreover, bilateral cooperation in the education sector has increased in recent years. A total of 21 schools and kindergartens will be built in Mongolia with aid from China by 2020, Mongolia's Education Minister Tsedenbal Tsogzolmaa said.

At a summit of the Shanghai Cooperation Organization in June 2018 in the Chinese coastal city of Qingdao, the presidents of China, Mongolia and Russia agreed to accelerate the construction of the China-Mongolia-Russia economic corridor and strengthen trilateral cooperation.