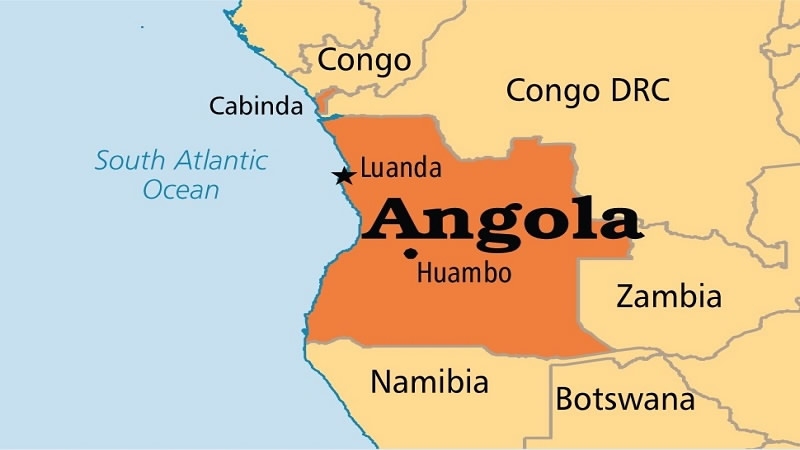 Angola, officially the Republic of Angola, is a west-coast country of south-central Africa. It is the seventh-largest country in Africa.

The Republic of Angola

Area: It is the seventh-largest country in Africa, bordered by Namibia to the south, the Democratic Republic of the Congo to the north, Zambia to the east, and the Atlantic Ocean to the west

Life expectancy: Angola has one of the highest infant mortality rates in the world and one of the world's lowest life expectancies. A 2007 survey concluded that low and deficient niacin status was common in Angola.

Angola has diamonds, oil, gold, copper and a rich wildlife (dramatically impoverished during the civil war), forest and fossil fuels. The country has vast mineral and petroleum reserves, and its economy is among the fastest-growing in the world, especially since the end of the civil war; Angola's economic growth is highly uneven, with most of the nation's wealth concentrated in a disproportionately small sector of the population.

Xi said he is glad to see the second visit to Beijing in about a month by Lourenco, who came to attend the 2018 Beijing Summit of the Forum on China-Africa Cooperation (FOCAC) in early September 2018.

China is willing to promote bilateral relationships with Angola to a new stage, Chinese Foreign Minister Wang Yi said in January 2018, during his new year visit to the continent of Africa.

China supports Angola in pursuing a development path that suits its own conditions, promoting its economic diversification strategy and enhancing its self-development capacity.