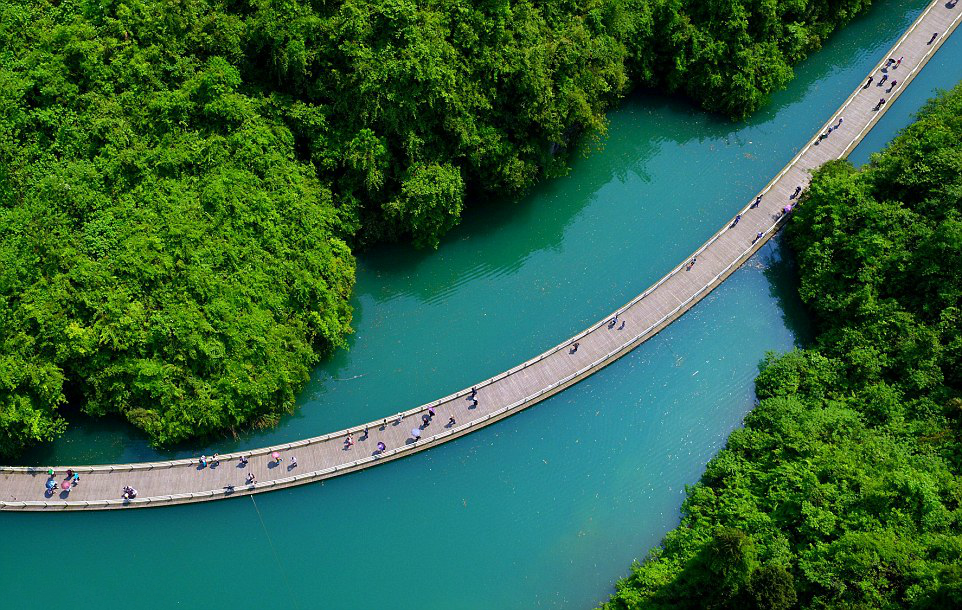 There are 56 ethnic groups in the country, belonging to the Bantu language family. The largest ethnic group is the Congolese in the south, including the Lali, the Barat, the Vili, which accounts for 45% of the total population; the Mbosi in the north accounts for 16%; the Central Taikai accounts for 20%; There are still a few Pygmies living in the forest. The official language is French. The national language is Congo, Monukutuba in the south and Lingala in the north. More than half of the nation's residents believe in primitive religion (animism), 26% are Catholics, 10% are Protestants, and 3% believe in Islam.

Geography: Located in the central and western part of Africa, the equator runs through the middle. The east and the south are adjacent to Congo (Gold) and Angola, on the north is Central African Republic, on the west is Gabon, a sliver of land juts to the coast of the Atlantic Ocean. The coastline is 156 kilometers long. The southern part has a savanna climate, and the central and northern parts have a tropical rainforest climate with high temperatures and high humidity. The annual average temperature is between 24 and 28 °C.

Administrative Division: The country is divided into 12 provinces (Département), 6 municipalities and 97 counties.

Parliament: A bicameral legislature, including the National Assembly and the Senate.

Judiciary: Constitution stipulates that judicial power is independent of legislative powers and may not infringe on administrative or legislative powers. Judicial power is exercised by national judicial institutions and the President of the Republic presides over the highest judicial meeting. It ensures the independence of the judiciary; members of the Supreme Court and other courts are appointed by the President on the nomination of the Supreme Judicial Conference; the Constitutional Court is tasked with overseeing the constitutionality of laws and international treaties and agreements, and to oversee presidential elections and referendums.

The main economic indicators of 2017 were as follows:

Oil and timber exports are the two pillars of the economy. In the early 1980s, due to the large-scale exploitation of oil, the economy developed rapidly, and the per capita GDP reached $1,200, allowing the nation enter the ranks of middle-income countries in Africa. After 1985, following the impact of falling oil prices in the international market, the economy has been languishing year after year and has fallen into serious difficulties. The civil war in 1997 caused further economic trouble. Since the second half of 1999, international oil prices have risen sharply, the income from oil increased, and the economic situation has gradually improved. The government has focused on improving the economic order, expanding opening up to the outside world, improving the investment environment, punishing corruption, significantly improving fiscal revenue, and continuing economic growth. In 2009, a development strategy of “the road to the future” were formulated and the goal of achieving national modernization and industrialization proposed. In recent years, Republic of Congo has actively promoted economic diversification, mainly developing agriculture, mining, and processing industries, and actively preparing for the establishment of special economic zones. Since the second half of 2014, due to the sharp drop in international oil prices, the fiscal revenue has decreased significantly, and the external debt has expanded. In 2015, the growth rate fell to 1.7%. At the beginning of 2016, a “going to development strategy” was formulated and measures such as supporting the establishment of agricultural enterprises proposed, promoting the input of production factors, and processing of natural resources, so as to achieve economic diversification, poverty reduction, and job creation.

Trade: The main export products are petroleum, wood, cocoa and coffee. Imported refined oil, transportation equipment, electromechanical machinery, building materials, textile raw materials and food are also exported. In 2016, the main countries to which exports went were China, Italy, Australia and Gabon. The main countries from which imports came were China, France, South Korea, Norway and so on.

After independence, an army called the "Congolese Armed Forces," was formed. On June 22, 1966, it was changed to "Congolese National People's Army", and June 22 was designated as the Army Day. At the end of 2002, President Sassou made major adjustments to the structure of the armed forces, set up the office of the Chief of Staff, the Three Armies and the National Gendarmerie Chief Inspector, revoked the position of the commander of the land, sea and air force.

The Republic of Congo is a country with a high level of cultural education in Africa. The adult literacy rate is 79.3%, and the country has won international literacy awards several times. The successive governments have attached great importance to education. The new education law promulgated on September 1, 1995 stipulates education is compulsory at primary and junior high school levels. By the age of 16, students are to choose between general secondary schools and vocational and technical schools. In 1997, education outlay before the civil war accounted for about one-fifth of the national budget. In 2007, education expenditure accounted for 10 per cent of the national budget. There are 28,000 educators nationwide and more than 700,000 students. The primary school enrollment rate is 82%, junior high school enrollment rate 44%, and high school and secondary vocational technical school enrollment rate is 27%. Marian Ngwabi University is the only institution of higher learning in the country. It has 12 colleges, 47 departments, 14 research laboratories, and nearly 10,000 students. 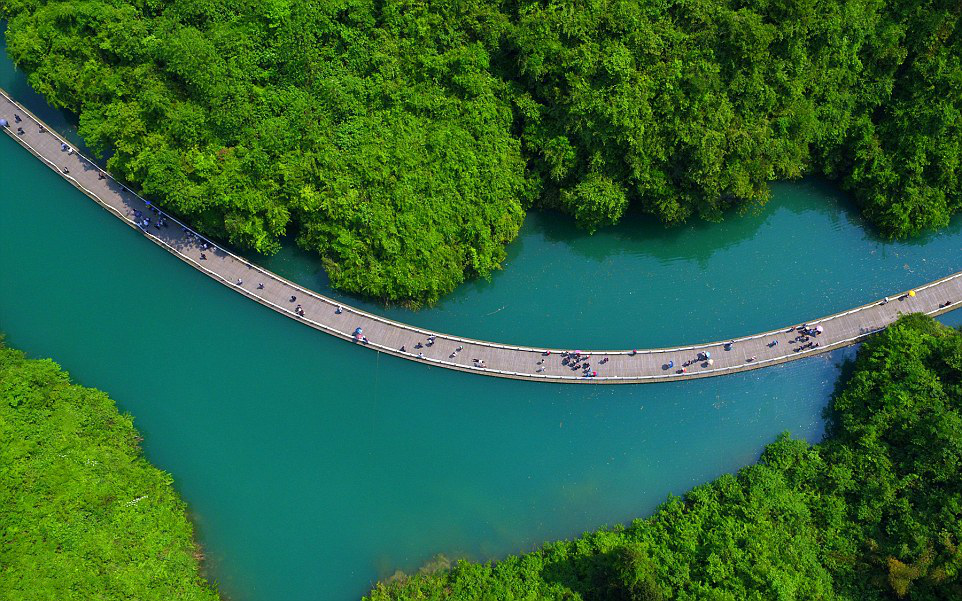 Relations with international organizations: In July 2014, Italian Prime Minister Renzi made a working visit to the country. In February 2015, President Sassou visited Italy. In May, President Sassou went to Milan to attend the World Expo. In March 2016, Foreign Minister Gakoso visited the EU headquarters. In December, Sassou went to Cuba on the death of Fidel Castro. In April 2017, Prime Minister Muamba visited Cuba. In May, Foreign Minister Gakoso visited Lebanon.

In March 2011, the International Monetary Fund delegation visited Gang, and assessed the economic and social development after the completion of the HIPC, saying that the situation was generally satisfactory. In March 2015, the World Health Organization donated sanitary ware worth 86.5 million CFA.

Sino-Congolese relations: President Sassou-N'Guesso has paid seven official visits to China. In 2010, he was present at the opening ceremony of the Shanghai World Expo. He paid a state visit to China and attended the 2018 Beijing Summit of the Forum on China-Africa Cooperation (FOCAC) from September 2 to 9 at the invitation of Chinese President Xi Jinping.

President Sassou said he is confident about the prospects of Sino-Congolese cooperation as well as China-Africa cooperation.

The cooperation is "strongly based on sincere friendship, mutual respect," he said. "We think we are on the right way, not only Congo but all Africa. I am confident about the cooperation that exists between Africa and China."

"China, Africa and the rest of the world will be faced with a wonderful prospect," the Congolese president told Xinhua in an interview before leaving for the Beijing Summit of the Forum on China-Africa Cooperation (FOCAC), which themed "China and Africa: Toward an Even Stronger Community with a Shared Future through Win-Win Cooperation."

Cooperation between the Republic of the Congo and China dates back to the 1960s. President Sassou cited China's assistance in building several thousand kilometers of roads in the African country.

When the country won independence in 1960, "many people not know that there was not a single kilometer of paved road a few asphalt streets in the capital city," he said.

"Thanks to Sino-Congolese cooperation we were able to build the road (connecting) Pointe-Noire to Brazzaville today," he said.

"Today, day and night, vehicles can come and go between the deep-water port of Pointe-Noire and Brazzaville on the banks of the Congo River, thus promoting the movement of people goods," he said.