Croatia is located in the south-central part of Europe, in the northwest of the Balkan Peninsula. The northwest and the north of Croatia are bordered by Slovenia and Hungary respectively. The east and southeast of the country are adjacent to Serbia, Bosnia and Herzegovina and Montenegro. The south of the country is bordered by the Adriatic Sea. Croatia has many islands and its coastline is twisted with a length of 1,880 kilometers. 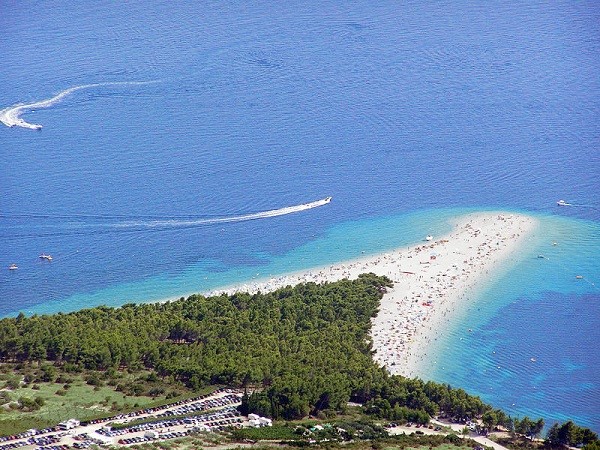 Full name: The Republic of Croatia

Political status in Croatia has been generally stable in recent years. In September 2016, Croatia held an early parliamentary election to elect its ninth national parliament. The Croatian Democratic Union (HDZ) was widely supported by small and medium-sized parties during the formation of the cabinet, and formed a new joint government with the Bridge of Independent Lists. The President of HDZ Andrej Plenkovic was sworn in as Croatian Prime Minister in October 2016. The new government regards economic growth, job creation, population growth and social justice as the four ruling goals.

Croatia is a country with a relatively developed economy in the former Yugoslavia and has a sound economic foundation. The development level of tourism, construction, shipbuilding and pharmaceutical industries is relatively high. The main economic data of Croatia in 2017 are as follows (Source: Croatian Bureau of Statistics and Croatian National Bank):

Croatia has abundant forests and water resources. Its national forest area is 2.689 million hectares and the forest coverage rate is 47 percent. In addition, there are other resources such as oil, natural gas and aluminum in Croatia.

The two countries have established mechanisms for a trade and economic mixed committee and science and technology cooperation mixed committee. Croatia became a tourist destination country for Chinese citizens in February 2003. The University of Zagreb officially opened a sinology major in October 2004 and the Confucius Institute at the University of Zagreb was officially unveiled in May 2012.

On October 14, 2015, President Xi Jinping held talks with President Kolinda Grabar-Kitarovic of Croatia at the Great Hall of the People. The two heads of state agreed to make great efforts to tap the potential for bilateral cooperation in various fields and elevate China-Croatia comprehensive cooperative partnership.

Xi Jinping welcomed Kolinda Grabar-Kitarovic's visit to China and attendance of the China 2015 Poverty Reduction and Development Forum. Xi Jinping pointed out that with the joint efforts of both sides, China-Croatia relations present a sound development momentum. Mme. President's visit to China on the occasion of the 10th anniversary of the establishment of China-Croatia comprehensive cooperative partnership will inject new impetus to the development of bilateral relations. Both China and Croatia should always view and handle bilateral relations from a strategic and long-term perspective and continue to support each other on issues concerning their core interests and major concerns. The two sides should maintain high-level exchanges and boost exchanges and dialogues at all levels of governments, legislative bodies and political parties. Croatia, as an important country along the "Belt and Road" with distinctive location advantages, is now driving economic transformation. Both sides should explore the docking of development strategies, become more actively involved in cooperation between China and the Central and Eastern European countries (CEEC), and focus on tapping potential of bilateral cooperation in energy, transportation, industrial parks, finance, telecommunications, agriculture and others, so as to better elevate bilateral relations. The two sides should strengthen people-to-people and cultural cooperation in fields like culture, education, sports, tourism, and local affairs thus consolidate the public support of bilateral relations.

Kolinda Grabar-Kitarovic expressed that she was glad to visit China and attend the China 2015 Poverty Reduction and Development Forum on the occasion of the 10th anniversary of the establishment of Croatia-China comprehensive cooperative partnership. China is an important member of the international community, the Croatia-China friendship is time-honored and the Croatian people bear friendly affections towards the Chinese people. Since the establishment of the diplomatic relations 23 years ago, bilateral relations have been developing rapidly. The two sides have maintained frequent high-level exchanges, achieved fruitful results in exchanges and cooperation in areas including economy and trade, people-to-people and cultural engagement and local affairs, and kept close communication and coordination in international and regional affairs. The Croatian side thanks China for its valuable support to Croatia's development over these years. Croatia, which has officially joined the EU, supports to develop closer EU-China relations, stands ready to become a friendly partner of China in the EU and is willing to take an active part in CEEC -China cooperation. Croatia appreciates China's positive contributions to solving the refugee issue in the Middle East.