Cuba is located at the entrance to the Gulf of Mexico in the northwestern Caribbean Sea. It is composed of more than 1,600 islands such as the island of Cuba and the Isla de la Juventud. Cuba is the largest island country in the West Indies. 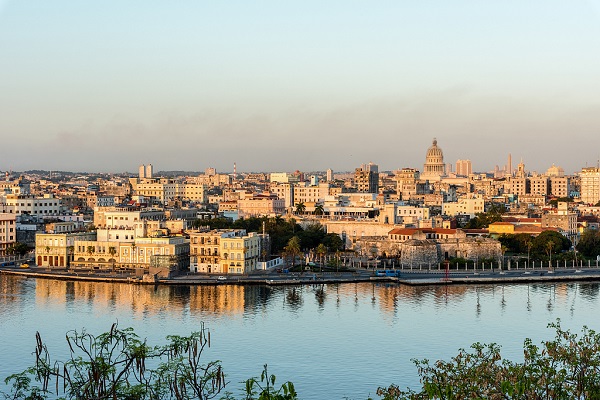 Full name: The Republic of Cuba

Currency: Cuban peso (CUP) and Cuban dollar (CUC, circulated in January 1995). The exchange rate between the peso and US dollar is 1:1.

In recent years, the political status in Cuba has remained stable. Cuba’s current Constitution was adopted in February 1976. The Council of Ministers is the highest administrative organ of Cuba and the President of the council also holds a concurrent post as the President of Cuba. The country is divided into 15 provinces and 1 special municipality (Isla de la Juventud). The Communist Party of Cuba is the only legitimate political party in Cuba.

Cuba advocates respecting the sovereignty and territorial integrity of all countries, respecting the right of peoples to self-determination and opposing interference in the internal affairs of other countries. It advocates that all countries and peoples in the world are equal. It condemns all forms of hegemonism, interventionism, unilateralism and discrimination, opposes the use or threat of use of force, and opposes all forms of terrorism including state terrorism.

According to China’s customs statistics, the trade volume between China and Cuba in 2017 was $1.76 billion, of which China’s imports were $1.36 billion and exports were $400 million. These three statistics increased by -14.6 percent, -23.6 percent and 42.9 percent year on year respectively. China mainly exports mechanical and electrical products, steel products, high-tech products, and automobiles  and mainly imports nickel, sugar, and alcohol.