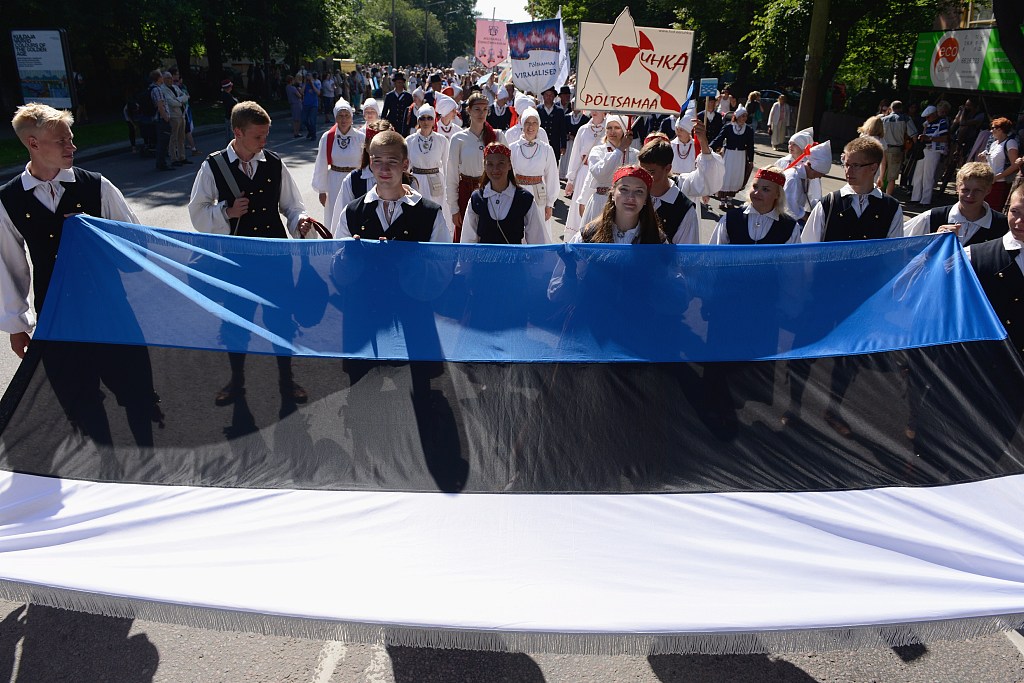 People attend a parade during the Song and Dance Celebration opening speech in Tallinn on July 5, 2014. (File photo: VCG)

The territory of Estonia consists of a mainland and 2,222 islands in the Baltic Sea, covering a total area of 45,339 square kilometers, and is influenced by a humid continental climate. The official language of the country, Estonian, is the second-most-spoken Finnic language.

The sovereign state of Estonia is divided into fifteen provinces. Its capital and largest city is Tallinn. The country has a population of 1.32 million, which is one of the least populous members of the European Union, the Eurozone, OECD, the Schengen Area, NATO, and from 2020, the United Nations Security Council.

Estonia is a parliamentary representative democratic republic in which the prime minister of Estonia is the head of government and which includes a multi-party system. The political culture is stable in Estonia, where power is held between two and three parties that have been in politics for a long time. The current president of Estonia is Kersti Kaljulaid and the current prime minister is Jüri Ratas.

Although Estonia is in general resource-poor, the land still offers a large variety of smaller resources. The country has large oil shale and limestone deposits, along with forests that cover 48% of the land. In addition to oil shale and limestone, Estonia also has large reserves of phosphorite, pitchblende, and granite that currently are not mined, or not mined extensively.

China proposes building a community with a shared future for humanity, which means that China advocates mutual respect, equal treatment, harmony within diversity and win-win cooperation between different countries, Chinese President Xi Jinping said while he met with Estonian counterpart Kersti Kaljulaid on September 18, 2018, who was in China to attend the Summer Davos Forum in the northern port city of Tianjin.

China hopes to work with Estonia to promote bilateral ties on the basis of mutual respect and equal treatment, Xi said.