Capital: Accra. It’s the largest city of Ghana, covering an area of 225.67 square km with an estimated urban population of 2.27 million as of 2012. The city is also the Greater Accra Region's economic and administrative hub, and serves as the anchor of the larger Greater Accra Metropolitan Area. 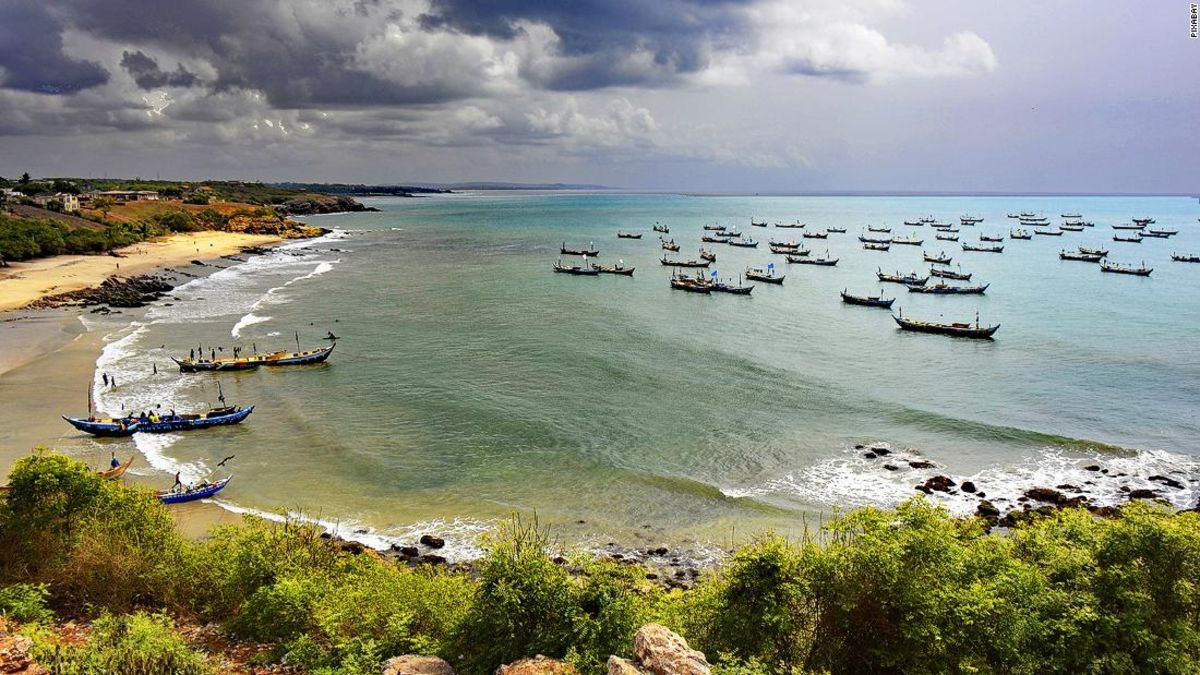 Ghana's economy also has ties to the Chinese yuan along with Ghana's vast gold reserves. In 2013, the Bank of Ghana began circulating the renminbi throughout Ghanaian state-owned banks and to the Ghana public as hard currency along with the national Ghana cedi as a second national trade currency.

Ghana also produces high-quality cocoa. It is the 2nd largest producer of cocoa globally. Ghana is classified as a middle income country. Services account for 50% of GDP, followed by manufacturing (24.1%), extractive industries (5%), and taxes (20.9%).

Ghana produces and exports an abundance of hydrocarbons such as sweet crude oil and natural gas. Known for its industrial minerals, Ghana is the world's 7th largest producer of gold; producing over 102 metric tons of gold annually. 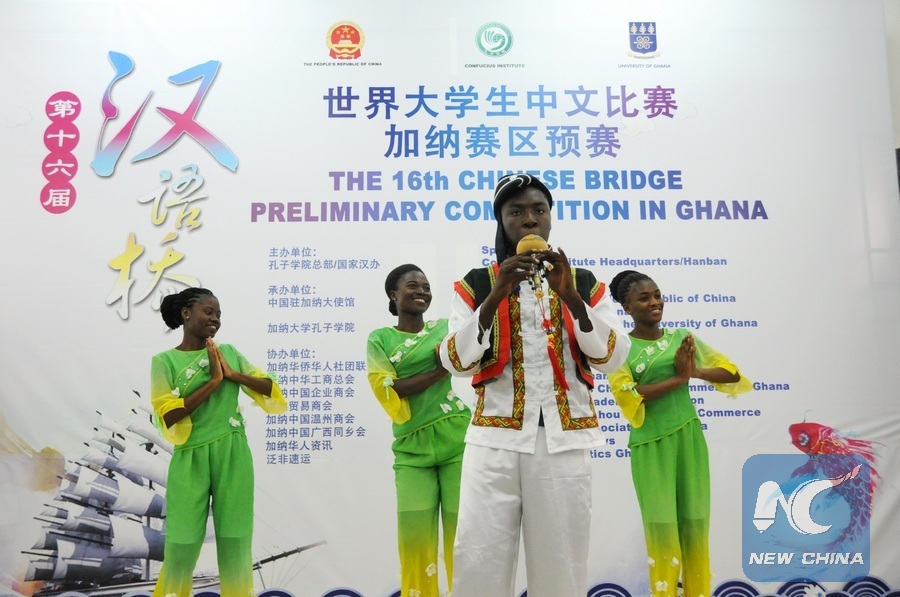 A bachelor's degree usually lasts 4 years, and can be followed by a 1- or 2-year master's degree, which can be concluded in 3 years by a PhD. A polytechnic degree lasts 2 or 3 years. Ghana also possesses numerous colleges of education. The Ghanaian education system from kindergarten up to an undergraduate degree level takes 20 years. The academic year usually goes from August to May inclusive. The school year in primary education lasts 40 weeks in Primary School and SHS, and 45 weeks in JHS.

With over 95% of its children in school, Ghana currently has one of the highest school enrollment rates in all of Africa. Ghana's education system annually attracts a large number of foreign students, particularly in the university sector.

The private press is lively, and often carries criticism of the government. Lively phone-in shows are staple fare on many radio stations. State-run Ghana Broadcasting Corporation (GBC) runs national TV and radio networks. By 2016, 8 million Ghanaians were using the internet, around 28% of the population (Internetlivestats.com). Mobile phones are widely used for online access.

Ghana has a universal health care system strictly designated for Ghanaian nationals, the National Health Insurance Scheme (NHIS). Health care is very variable throughout Ghana and in 2012, over 12 million Ghanaian nationals were covered by the National Health Insurance Scheme (Ghana) (NHIS). Urban centers are well served, and contain most of the hospitals, clinics, and pharmacies in Ghana. There are over 200 hospitals in Ghana and Ghana is a destination for medical tourism.

On July the 5th, 1960, right after the founding of the Republic, Ghana immediately established diplomatic relations with China, thus becoming one of the earliest sub-Saharan countries recognizing the New China.

Ghana, together with other developing countries, helped China resume its legitimate seat in the United Nations in 1971.

China and Ghana have been good partners over the past several decades for national development with collaboration on various aspects by helping each other in their social-economic transformation. Since the establishment of the China-Africa Cooperation Forum in 2000, economic cooperation between the two countries has been growing at a fast pace. In 2009, China-Ghana bilateral trade exceeded $ 1.6 billion, and the number of projects undertaken by Chinese enterprises tops the list in Ghana, amounting to about 400.

The bilateral trade between China and Ghana registered $7.25 billion in 2018, making it the seventh-largest trading partner of China in Africa. Ghana's exports to China also increased significantly by 31.8 percent to $2.44 billion in 2018 to maintain a two-digit annual performance since 2010, except in 2016.

President Xi Jinping held talks with Ghana's President Nana Akufo-Addo who was on a state visit to China on Sep 2, 2018, and the two leaders agreed to inject new vitality into and further enrich the bilateral relations. Akufo-Addo also attended the 2018 Beijing Summit of the Forum on China-Africa Cooperation between Sept 3 and 4.

China handed over a completed 300-village satellite TV project to Ghana on May 19, 2019. The completion of the project, according to Ghana's Deputy Minister for Communications George Andah, was another step in the strengthening of the strong relations between Ghana and China.