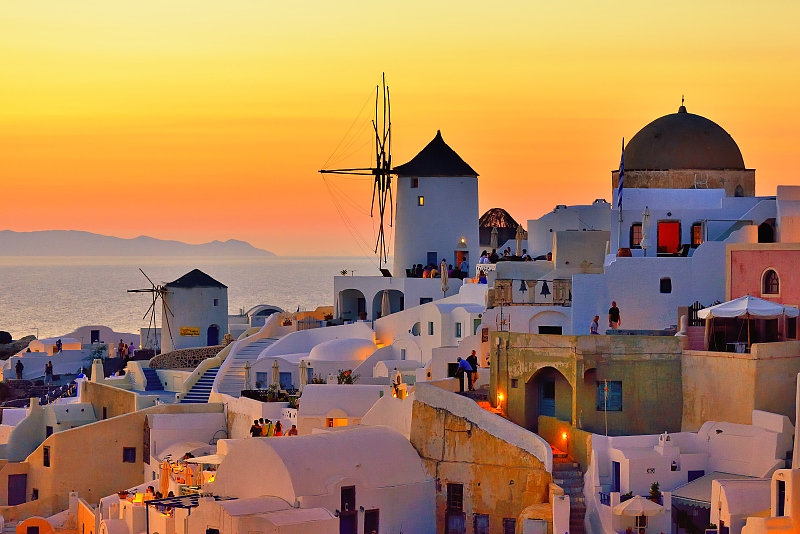 Greece is the birthplace of western civilization. Minoan culture appeared in Crete from 3000 BC to 1100 BC, and Mycenaean culture appeared in Peloponnese from 1600 BC to 1050 BC. The slavery city-state was formed in 800 BC, and reached its peak in the 5th century. It was incorporated into the Roman Empire in 146 BC. It was ruled by the Ottoman empire in the mid-15th century. In 1821, the war for independence broke out. The kingdom was founded in 1832.It was changed to a republic by referendum in 1974.Since then, new democracy and the pasok socialist movement (pasok) have alternated in power. Syriza came to power for the first time in January 2015.

Greece is the southernmost part of the Balkans, It is bordered by Bulgaria, Macedonia and Albania in the north, the European part of Turkey in the northeast, the Ionian sea in the southwest, the Aegean sea in the east, and the African continent in the south across the Mediterranean Sea. The coastline is about 15021 km long and the territorial sea is 6 nautical miles wide. Greece has a subtropical Mediterranean climate. The average temperature is 0℃-13℃ in winter and 23℃-41℃ in summer.

Greece is one of the middle developed countries in the European Union. Shipping industry is well-developed, and tourism and overseas remittance are listed as three pillars of Greece's foreign exchange income. Domestic transportation is mainly by road and sea, supplemented by railway, and foreign trade is mainly by sea. Agriculture is more developed, industry mainly to food processing and light industry. Service industry is an important part of Greek economy. Since the 1960s, the tourism industry has developed rapidly, with the number of inbound tourists increasing year by year.

In recent years, the Greek government has actively carried out economic and social welfare reform and encouraged foreign investment, which has achieved certain results. It has been Mired in a sovereign debt crisis since the end of 2009.

The European Union, the European central bank and the international monetary fund have provided Greece with 239 billion Euros in rescue loans. After coming to power in 2015, Mr. Tsipras' government continued debt negotiations with international creditors. On July 13, the special summit of the euro zone reached an agreement on the third rescue agreement for Greece, and decided to provide 82 billion to 86 billion euro of rescue loans to Greece in the next three years. On June 22, 2018, the euro group announced the completion of its assessment of Greece's compliance. On August 20, Greece officially launched the rescue plan, and the Greek debt crisis has basically ended.

Key economic data for 2018 are as follows:

Greece actively promotes and maintains the European integration process, and relies on the EU to safeguard national independence and national security, it is also the fundamental starting point of Greece's foreign policy. Greece is actively developing relations with the United States and NATO to play a joint role in maintaining peace and security and supported the ED in setting up a multi-country European rapid reaction force. It also played an active role in the United Nations and other international organizations, advocating institutionalization of the cooperation process in southeast Europe, actively promote the establishment of a free trade area in southeast Europe, and encourage and facilitate the integration of countries in the region into Europe. It attaches importance to developing relations with Asia-pacific countries including China and India, and hopes to benefit from the rapid economic development of China, India and other countries and serve Greece's economic development goals through strengthening economic and trade cooperation. In February 2019, the Greek parliament approved the Prespes agreement, which officially changed the name of the republic of northern Macedonia.

Alexis tsipras is the prime minister of Athens. Alexis Born in Athens in 1974, he graduated from the Athens institute of technology with a master's degree in civil engineering. He became prime minister of Greece in January 2015 and was re-elected in September. Greece and China established diplomatic relations on June 5, 1972. In 2006 the two countries upgraded their relation into a Strategic Partnership aspiring to forge a steadily evolving, mutually beneficial and multi-level cooperation. Bilateral relations between the People's Republic of China and the Hellenic Republic maintained good momentum of growth.

The successful organization of the Olympic Games in Athens in 2004 and in Beijing, for the first time, in 2008, enabled the two countries to exchange visits and know how, thus, achieving a closer cooperation.

In 2017 China was the honored country in the Thessaloniki International Fair. The year 2017-2018 was declared a  "Υear of cultural exchanges" between Greece and China, each country hosting exhibitions from Museums of the other.

Beside of that, Inter-party interactions were active and cooperation on sea transportation was strong. People-to-people and cultural exchanges and cooperation further deepened.