Grenada is a country in the West Indies in the Caribbean Sea at the southern end of the Grenadines island chain. Grenada consists of the island of Grenada itself plus six smaller islands which lie to the north of the main island.

Grenada is known as the "Island of Spice" due to its production of nutmeg and mace crops, of which it is one of the world's largest exporters. The national bird of Grenada is the critically endangered Grenada dove.

Located in the Eastern Caribbean, Grenada boasts beautiful tropical island scenery, and is rich in spice and tropical fruits, making tourism its most important source of economic development.

Grenada’s economy revolves around agriculture and tourism. The main economic data for the 2017 fiscal year are as follows: 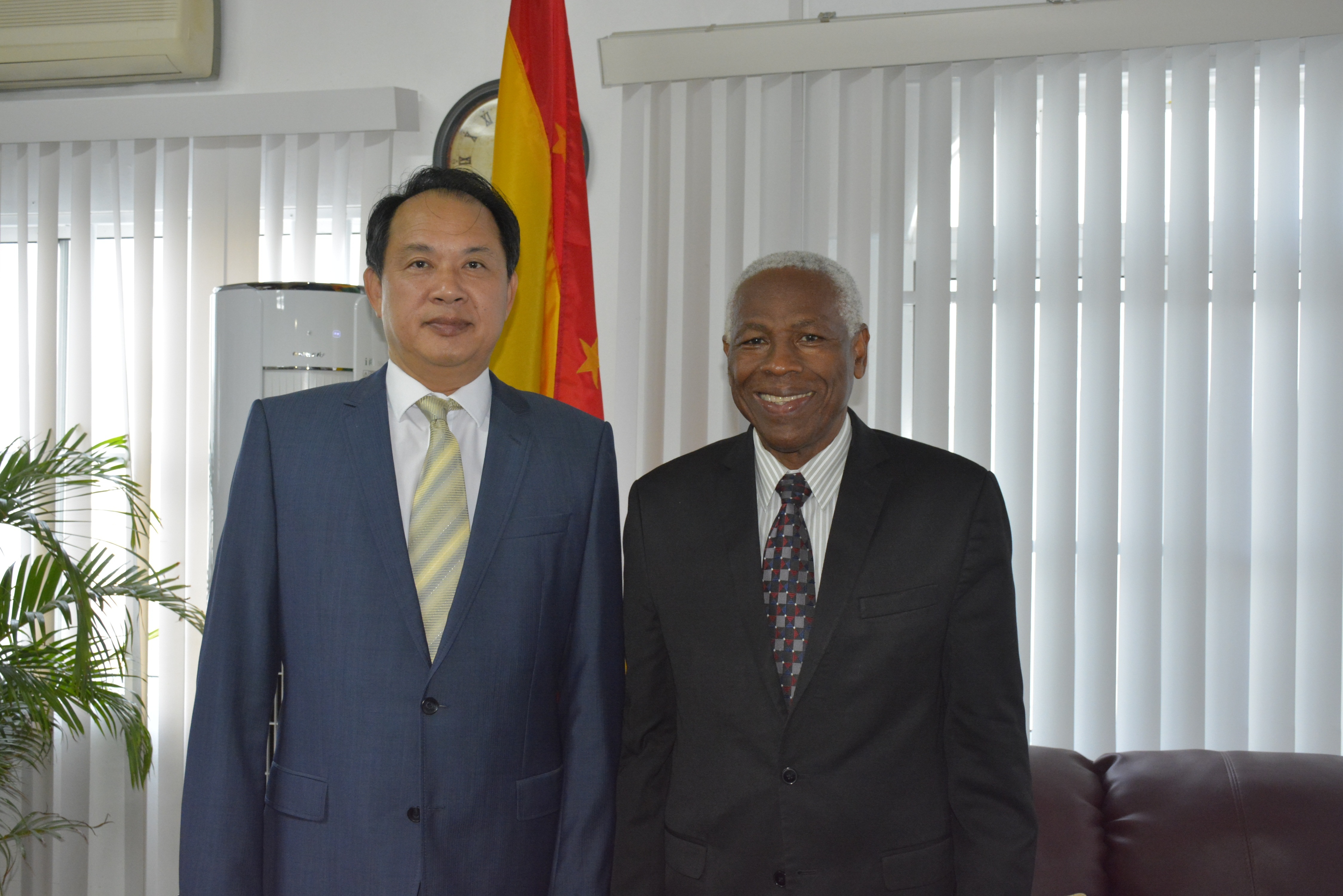 In May 2013, Chinese President Xi Jinping sent a congratulatory message to Grenadian Governor-General Cecile La Grenade on her assumption of office.

In June, during his visit to Trinidad and Tobago, Xi met with Grenadian Prime Minister Keith Mitchell. In September, Fan Xiaojian, director of the State Council Leading Group Office of Poverty Alleviation and Development, visited Grenada. In October, a delegation of the Grenadian ruling New National Party visited China.

Business and cultural exchanges kept a sound momentum. In December, a track and field rehabilitation and reconstruction project assisted by China began construction. In November, a delegation from the China Council for the Promotion of International Trade Tianjin Sub-council and China Chamber of International Commerce Tianjin Chamber of Commerce visited Grenada. In October, Grenadian senior police officers attended the Forum for Senior Defense Officials from Caribbean and South Pacific Countries held in China.

The two parties pledged to advance cooperation under the B&R framework to achieve win-win results.