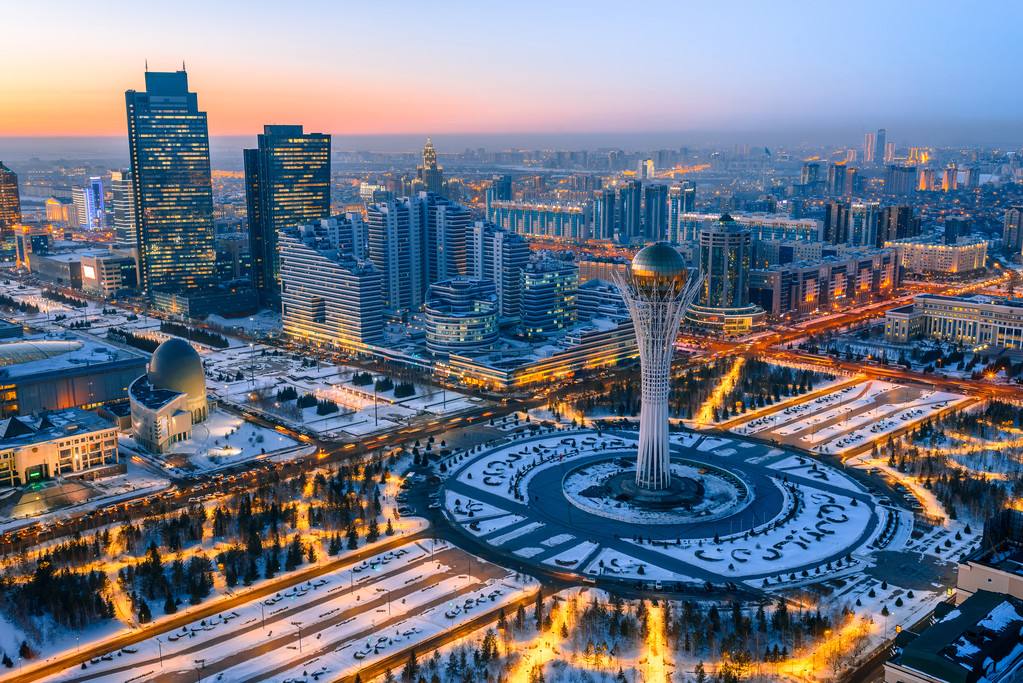 Khazakhstan, officially The Republic of Kazakhstan (Республика Казахстан), is the world's largest landlocked country and the ninth largest in the world, with an area of 2.72 million square meters.

Kazakhstan is located in central Asia, neighboring Russia to the north, Uzbekistan, Turkmenistan and Kyrgyzstan to the south, China to the east and embracing Caspian Sea in the west.

Kazakhstan has a population of 18.31 million. Among the approximate 140 ethnic groups, Kazakhs make up 65.5 percent of the population and Russians constitute another 21.4%. The official language is Kazak and Russian.

Kazakhstan possesses an oil reserve of 4.8 billion tons and has more than 90 kinds of mineral resources.

Kazakh President Nursultan Nazarbayev announced his sudden resignation on March 19, 2019 after nearly three decades of leadership in the Central Asian country. Kassym-Jomart Tokayev, speaker of the upper house of parliament, took over as Kazakhstan's acting president.

Responding to Nazarbayev's resignation, Chinese Foreign Ministry spokesperson Geng Shuang said at a daily news briefing that Nazarbayev was the founder of the country and a national leader deeply supported by the Kazakh people. China understands the decision made by President Nazarbayev.

Committed to advancing China-Kazakhstan friendship, President Nazarbayev promoted the establishment of the bilateral comprehensive strategic partnership, and supported and actively participated in the Belt and Road cooperation, Geng said, adding that China highly values his efforts.