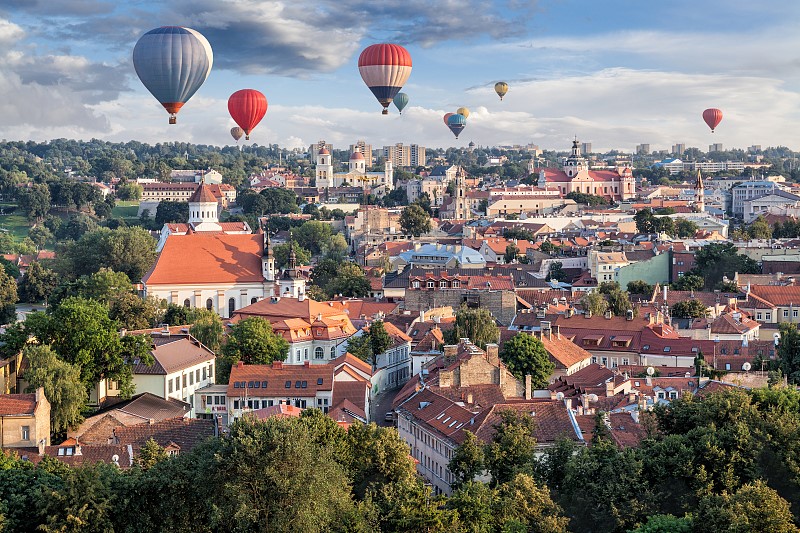 Full name: The Republic of Lithuania

Lithuania is located on the east coast of the Baltic, bordering Latvia to the north, Belarus to the east, Poland to the south, the Baltic and Kaliningrad to the west. The border is 1,644 kilometers long while the coastline is 90 kilometers wide. Lithuania's climate, which ranges between maritime and continental, is relatively mild. Average temperatures are −1 °C (30.2 °F) in January and 19°C (66.2 °F) in July. 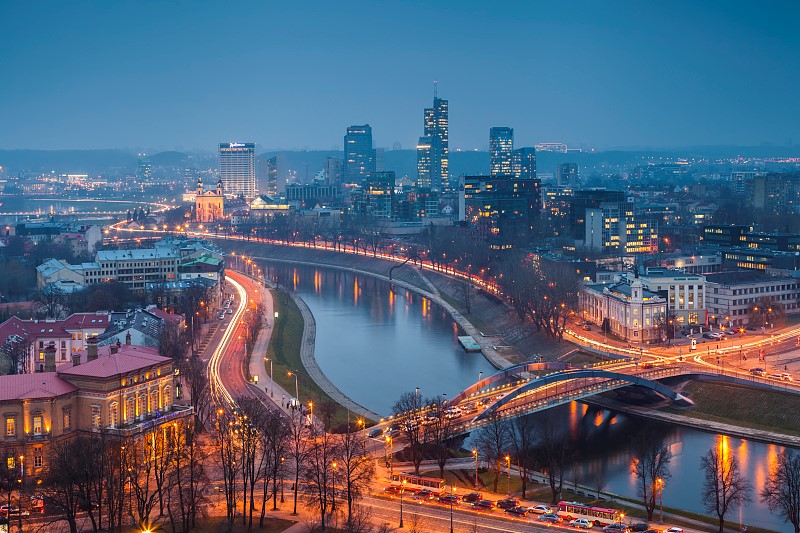 Lithuania has an open and mixed economy that is classified as a high-income economy by the World Bank. According to data from 2016, the three largest sectors in Lithuanian economy are services (68.3% of GDP), industry (28.5%) and agriculture (3. 3%).World Economic Forum's Global Competitiveness Report ranks Lithuania 41st (of 137 ranked countries).

Lithuania is rich in forests and water resources. The forest area is 2.177 million hectares, covering 33.4% of the land. There are 722 rivers, 21 of which are more than 100 kilometers. Lithuania has numerous lakes and its water area is over 880 square kilometers. The largest lake, Drūkšiai, covers an area of 4,479 hectares (42.26 square kilometers). In addition, it has peat, mineral building materials, etc.

The Head of State: Dalia GRYBAUSKAITĖ

Lithuania implements semi-presidential system. The Lithuanian head of state is the president, directly elected for a five-year term and serving a maximum of two terms. The president oversees foreign affairs and national security and is the commander-in-chief of the military. The president also appoints the prime minister and, on the latter's nomination, the rest of the cabinet, as well as a number of other top civil servants and the judges for all courts. The parliament is the country's highest legislature and adopts a unicameral system of 141 seats serving four-year terms. Bilateral relations between China and Lithuania

On September 14, 1991 China and Lithuania established diplomatic relations. Since then, bilateral relations have generally developed smoothly and leaders of the two countries have maintained exchanges regularly.

On March 17, 2017, Assistant Foreign Minister Qian Hongshan attended at invitation the reception celebrating the 27th anniversary of the restoration of independence held by Lithuanian Embassy in China, exchanging views with Lithuanian Ambassador to China Ina Marciulionyte on China-Lithuania relations and other topics. From October 9 to 10, 2017, Vice Foreign Minister Wang Chao visited Lithuania, during which he met with Foreign Policy Advisor to Prime Minister of Lithuania Deividas Matulionis and held political consultations between the two Foreign Ministries with Vice Foreign Minister Neris Germanas of Lithuania.

On March 22, 2018 Vice Foreign Minister Wang Chao attended the reception marking the 100th anniversary of the independence of Lithuania held by the Lithuanian Embassy in China and exchanged views with Lithuanian Ambassador to China Ina Marciulionyte on bilateral relations and other topics. On November 5, 2018, Chinese President Xi Jinping met with Lithuanian President Dalia Grybauskaite, who attended the first China International Import Expo (CIIE) in Shanghai.

On the afternoon of April 12, 2019 local time, Premier Li Keqiang met with Prime Minister Saulius Skvernelis of Lithuania in Dubrovnik. On June 5, 2019, Assistant Foreign Minister Liu Xianfa met with visiting Chancellor of the Lithuanian Government Algirdas Stončaitis at request. Both sides exchanged views on bilateral relations and the premises of the embassies.