The Maldives, an archipelago of more than 1,000 islands, is the smallest Asian country by land area and population. But with beautiful marine landscapes, it is one of leading destinations for holidaymakers. 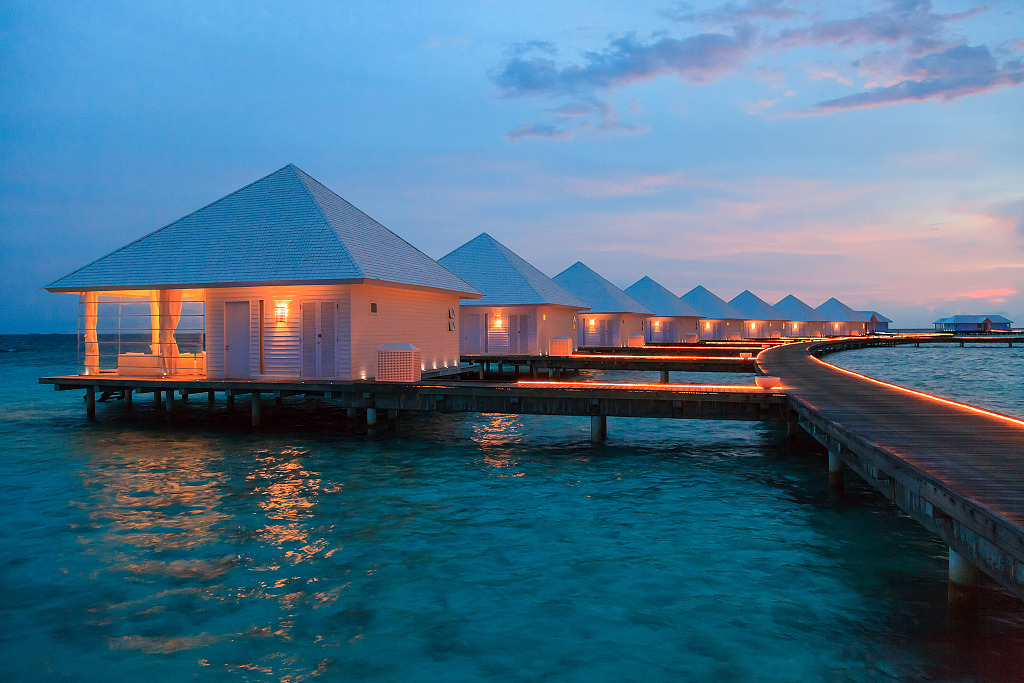 A view of the water bungalows on Athuruga island on May 20, 2012 in Athuruga, Maldives. (Photo: VCG)

Full name: The Republic of Maldives

Religion: Islam is the state religion

Head of the state: Ibrahim Mohamed Solih, since September 2018

Independence Day: July 26. The Sultanate was established in 1116 AD. Over 400 years, it suffered aggression and colonial rule under Portugal and the Netherlands. In 1887, it became a British “protectorate”. On July 26, 1965, it announced independence and became a Republic in 1968.

Geography: An archipelago of 1,192 coral islands grouped into 26 coral atolls in the Indian Ocean, lying southwest of Sri Lanka and India. Among them 200 islands are inhabited. The terrain is low and flat, with an average altitude of 1.2 meters.

Politics: The country runs under a presidential system whereby the president is the  head of state, head of the government and the commander-in-chief of the Maldives National Defense Force. The president appoints the cabinet, but must be approved by the people’s Majlis, the parliament.

All members of People's Majlis are elected, and the president doesn’t have the power to appoint them. Legislative, executive and judicial powers are vested in the People's Majlis, the President and the courts respectively.

The President is directly elected by all voters and shall serve no more than two terms.

The cabinet consists of the vice-president, ministers and attorney-general.

Economy: Tourism and shipping are the main economic pillars. The economic structure is simple, resources are poor, economic foundation is relatively weak, and the country heavy depends on imports. Before 2011, it was listed as the least developed country in the world. Through years of hard work, it has made certain achievements in economic growth and become the country with the highest per capita GDP in South Asia. 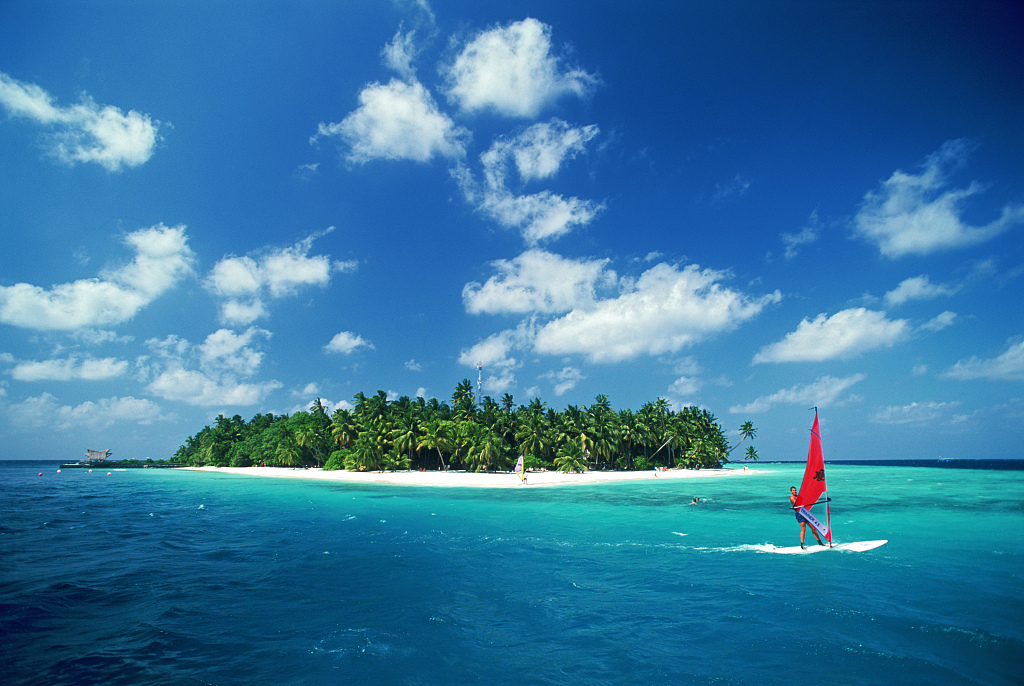 Fihalhohi Island with wind sailing in the Maldives (Photo: VCG)

Tourism contributes to about 25 percent of its GDP. The country has now 135 islands with tourist resorts and 38,500 beds and the occupancy rate is 61.2 percent. In 2017, the country welcomed a total of 1.39 million inbound visits and the tourism outcome value reached 6.681 billion Rufiyaa, up 3.3 percent year on year.

Maldives established diplomatic ties with China on October 14, 1972, and the Chinese ambassador to Sri Lanka also took the post as ambassador to Maldives.

On November 8, 2011, the Chinese embassy in the country officially opened.

Its government has been backing up China. It pursues the one-china policy, didn’t develop official relations with Taiwan and supports China's position on issues related to Tibet, Xinjiang and the South China Sea.

The exchanges between high-level officials have been undergoing and continue to grow.

In September 2014, Chinese President Xi Jinping paid a state visit to the country and held talks with then Maldivian president Abdulla Yameen Abdul Gayoom. The two presidents held talks and agreed to establish a future-oriented all-round friendly and cooperative partnership between their two countries.

In October 2016, Abdulla Maseeh Mohamed, speaker of the People's Majlis of the Maldives, attended the CPC in Dialogue with the World 2016 held in Southwest China’s Chongqing Municipality. In December of that year, he paid an official visit to China.

In December 2017, Abdulla Yameen, then the President of Maldives, paid a state visit to China.

In August 2018, the Chinese-financed China-Maldives Friendship Bridge, linking the islands of Malé and Hulhumalé in the Maldives, opened to traffic.

In November of that year, Luo Shugang, Chinese Minister of Culture and Tourism, attended the swearing-in of the Ibrahim Mohamed Solih as the special envoy of President Xi Jinping.