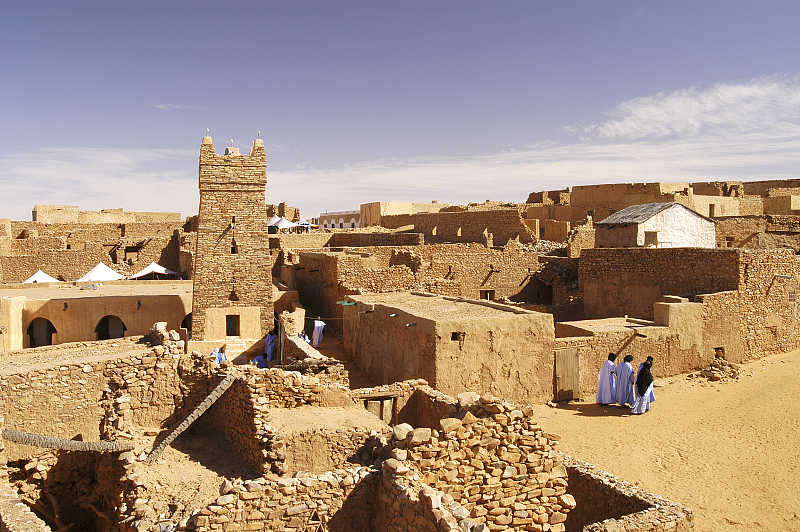 Mauritania is in the west of the Sahara desert in Africa. It borders western Sahara, Algeria, Mali and Senegal. Mauritania has a tropical desert climate, high temperature and less rain. The annual average temperature is about 25°C. The earliest inhabitants were the black Baafur people. The post-north African Berbers moved into the north of the country. The Arabs entered Mauritania in the 7th century.

Mauritania became a colony of "French west Africa" in 1920. It became a "semi-autonomous republic" in 1956, joined the "French community" in September 1958 and declared the "Islamic republic of Mauritania" in November. Independence was declared on November 28, 1960, and Daddah became president.

Population: 4.5 million (2018), divided into two groups: moors and black non-Africans. The moors are 30% white moors (of Arab-Berber descent), 40% Haratines (also known as black moors) with a tradition of Arab culture and language, and 30% black Africans. About 96 percent of the population practices Islam.

Administrative districts: The nation has divided into 15 provinces (Wilaya), 53 counties (Moughataa) and Arrondissement. There are 216 Commune towns in the country.

Membership in: League of Arab States、OIC、WTO

In 1986, Mauritania was designated as one of the world's least developed countries by the United Nations. The economic structure is single and the foundation is weak. Mining and fishery are the two pillars of the national economy. The oil and gas industry is an emerging industry. Foreign aid plays an important role in the development of a country. In 1992, Mauritania reached an agreement with the International Monetary Fund and the World Bank to implement the economic structural adjustment plan, promote the liberalization process, and take measures such as state control, market supervision and price stability. Subsequently, Mauritania implemented economic liberalization policies and poverty reduction development strategies, formulated preferential policies to attract foreign investment, promoted the reform of market economic system, and increased investment in agriculture and infrastructure.

The key economic data for 2018 are as follows:

In August 2008, the military regime headed by Aziz came to power. Aziz accepted the mediation of the international contact group, reached a compromise with the opposition and signed the framework agreement of Mauritania's three major political factions. Aziz was elected President in July 2009. Since taking office, Aziz has advocated reform, strengthened administrative management, vigorously cracked down on corruption, and made outstanding achievements in maintaining stability and developing the economy. At present, Mauritania's political situation is generally stable. But Mauritania 's weak economic foundation, coupled with the deterioration of regional security situation, Mauritania's political and social stability has certain hidden dangers.

Head of state: Mohamed Ould Abdel Aziz was elected in July 2009 and re-elected in June 2014.

In 2013, the friendly relations between the People's Republic of China and the Islamic Republic of Mauritania continued to advance steadily with fruitful exchanges and cooperation in various fields.

Economic cooperation and trade between the two countries made steady progress. Two-way trade continued to expand, and China remained Mauritania's top trading partner. Mutually beneficial cooperation enjoyed a good momentum in the fields of infrastructure, mining and fishery. The China-assisted project of the medical college building of the University of Nouakchott was completed. The projects of building two demonstration centers, one for agricultural technologies and the other for animal husbandry technologies, were launched. 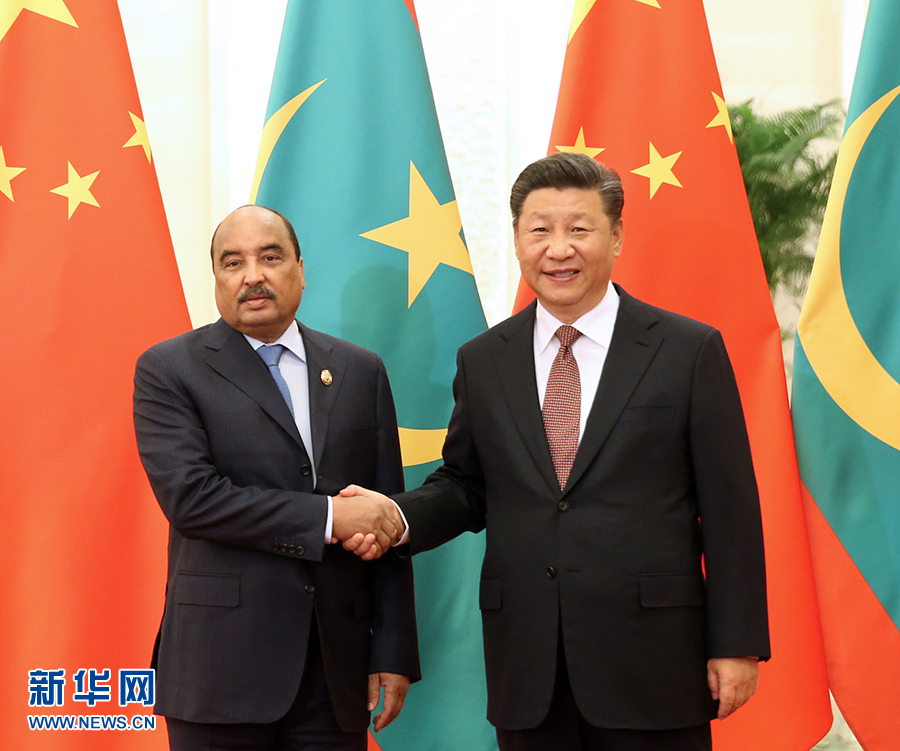 Chinese President Xi Jinping met with Mauritanian President Mohamed Ould Abdel Aziz on Sunday ahead of the 2018 Beijing Summit of the Forum on China-Africa Cooperation (FOCAC).

Mauritania speaks highly of China's firm support for multilateralism and its contribution to world peace and security, and highly appreciates the proposal by President Xi of building a community with a shared future for humanity.