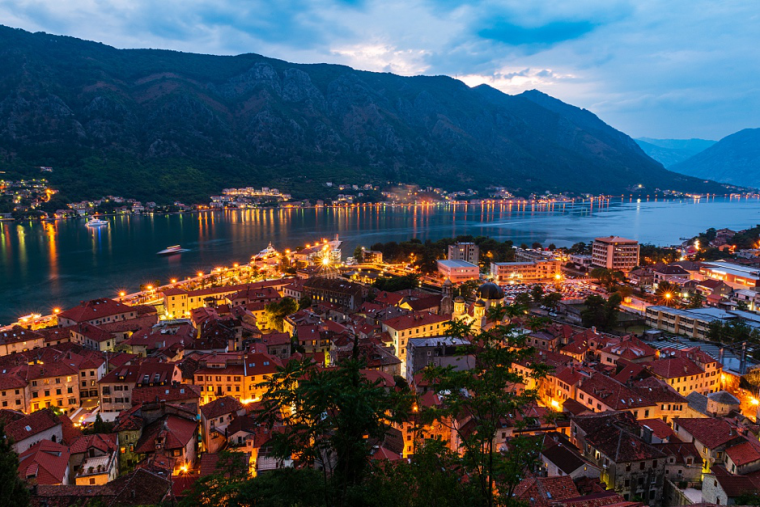 Montenegro ranges from high peaks along its borders with Serbia, Kosovo and Albania, a segment of the Karst of the western Balkan Peninsula, to a narrow coastal plain that is only 1.5 to 6 kilometers (1 to 4 miles) wide. The plain stops abruptly in the north, where Mount Lovćen and Mount Orjen plunge into the inlet of the Bay of Kotor. The western and central parts of Montenegro are hilly and plain areas, while the northern and northeastern parts are plateau and mountainous areas. The forest coverage rate is 39.43 percent, and the annual average precipitation is 1,798 mm. It's cold and rainy in winter and hot and dry in summer. Climate can be divided into Mediterranean climate, temperate continental climate and mountain climate according to the topography from south to north.

The economy of Montenegro is mostly service-based and is in late transition to a market economy. According to the International Monetary Fund, the nominal GDP of Montenegro was $4.376 billion in 2016. According to Eurostat data, the Montenegrin GDP per capita stood at 46 percent of the EU average in 2017. The Central Bank of Montenegro is not part of the euro system but the country is "euroised", using the euro unilaterally as its currency.

The Head of State: Milo Đukanović

The Constitution of Montenegro describes the state as a "civic, democratic, ecological state of social justice, based on the reign of Law”.

The president of Montenegro is the head of state, elected for a period of five years through direct elections. The president represents the country abroad, promulgates laws by ordinance, calls elections for the Parliament, proposes candidates for prime minister, president and justices of the Constitutional Court to the Parliament.

The Parliament of Montenegro is a unicameral legislative body. It passes laws, ratifies treaties, appoints the prime minister, ministers, and justices of all courts, adopts the budget and performs other duties as established by the Constitution.

Bilateral relations between China and Montenegro

On July 6, 2006, China and Montenegro established diplomatic relations. Since then, bilateral relations have generally developed smoothly.

On April 11, 2018, Vice Foreign Minister Wang Chao met at request with Secretary General of the Ministry of Foreign Affairs and European Integration Veselin Šuković of Montenegro, exchanging views on bilateral relations and topics of common interest.

On June 19, Deputy Director-General of the Protocol Department and Director of the Office of Foreign Missions of the Foreign Ministry Wang Lutong accepted respectively the copies of credentials presented by newly-appointed Montenegrin Ambassador to China Darko Pajovic and newly-appointed Ambassador of San Marino to China (Non-Resident) Ilaria Salicioni. On July 8, Premier Li Keqiang met with his counterpart from Montenegro, Dusko Markovic. The two sides pledged to strengthen bilateral cooperation. 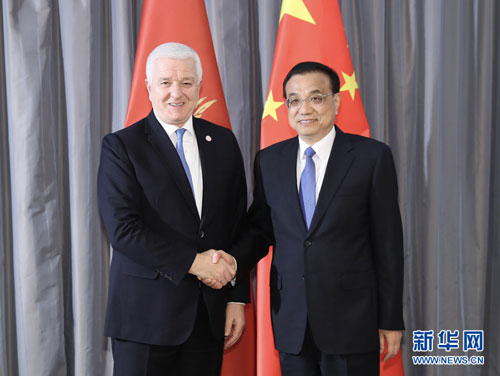 On the afternoon of April 12, 2019 local time, Premier Li Keqiang met with Prime Minister Dusko Markovic of Montenegro in Dubrovnik.