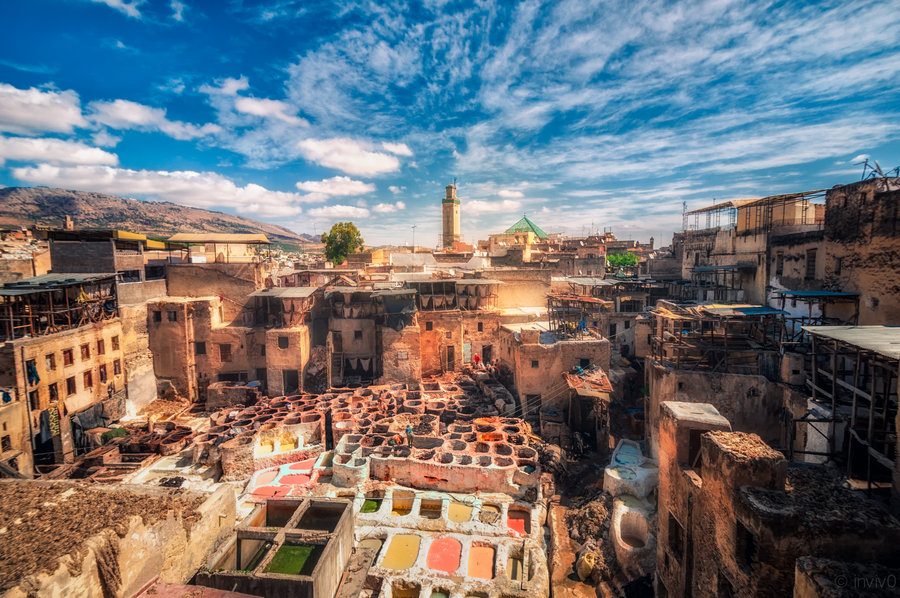 Morocco has a coast by the Atlantic Ocean that reaches past the Strait of Gibraltar into the Mediterranean Sea. It is bordered by Spain to the north (a water border through the Strait and land borders with three small Spanish-controlled exclaves, Ceuta, Melilla, and Peñón de Vélez de la Gomera), Algeria to the east, and the Western Sahara to the south. Since Morocco controls most of Western Sahara, its de facto southern boundary is with Mauritania.

The geography of Morocco spans from the Atlantic Ocean, to mountainous areas, to the Sahara desert. Morocco is a Northern African country, bordering the North Atlantic Ocean and the Mediterranean Sea, between Algeria and the annexed Western Sahara. It is one of only three nations (along with Spain and France) to have both Atlantic and Mediterranean coastlines.

Morocco has a wide range of biodiversity. It is part of the Mediterranean basin, an area with exceptional concentrations of endemic species undergoing rapid rates of habitat loss, and is therefore considered to be a hotspot for conservation priority.

Morocco's economy is considered a relatively liberal economy governed by the law of supply and demand. Since 1993, the country has followed a policy of privatization of certain economic sectors which used to be in the hands of the government. Morocco has become a major player in African economic affairs, and is the 5th-largest African economy by GDP (PPP).

The services sector accounts for just over half of GDP, and industry, made up of mining, construction and manufacturing, is an additional quarter. The industries that recorded the highest growth are tourism, telecoms, information technology, and textiles.

Tourism is one of the most important sectors in Moroccan economy. It is well developed with a strong tourist industry focused on the country's coast, culture, and history. Morocco attracted more than 11 million tourists in 2017.

Agriculture accounts for around 14% of GDP and employs 40–45% of the Moroccan working population. With a semi-arid climate and an ill-developed irrigation system, it is difficult to assure enough irrigation.

The major resources of the Moroccan economy are agriculture, phosphates, and tourism. Sales of fish and seafood are important as well. Industry and mining contribute about one-third of the annual GDP. Morocco is the world's third-largest producer of phosphorus after China and the United States, and the price fluctuations of phosphates on the international market greatly influence Morocco's economy.

Morocco suffers both from unemployment (9.6% in 2008), and a large external debt estimated at around $20 billion, or half of GDP in 2002. Although Morocco runs a structural trade deficit, this is typically offset by substantial services earnings from tourism and large remittance inflows from the diaspora, and the country normally runs a small current-account surplus.

Education in Morocco is free and compulsory through primary school. The estimated literacy rate for the country in 2012 was 72%. In September 2006, UNESCO awarded Morocco the "UNESCO 2006 Literacy Prize.”

Morocco has more than four dozen universities, institutes of higher learning, and polytechnics dispersed at urban centers throughout the country. Its leading institutions include Mohammed V University in Rabat, the country's largest university, with branches in Casablanca and Fès; the Hassan II Agriculture and Veterinary Institute in Rabat, which conducts leading social science research in addition to its agricultural specialties; and Al-Akhawayn University in Ifrane, the first English-language university in Northwest Africa, inaugurated in 1995 with contributions from Saudi Arabia and the United States.

The broadcast media are either dominated by the state or reflect the official line. However, the private press has succeeded in breaking taboos over some sensitive topics, including allegations of high-level corruption.

The government owns, or has a stake in, RTM and 2M, Morocco's main TV networks. Satellite dishes are widely used, giving access to French and pan-Arab stations. There were 16.5 million internet users by June 2012. There is no policy of widespread site filtering. Bloggers generally avoid sensitive topics, such as Western Sahara and the royal family.

Morocco is a developing country that has made many strides to improve its healthcare. However, Morocco still has many health issues to improve on. According to research published, in 2005 only 16% of citizens in Morocco had health insurance or coverage.

The government of Morocco has set up surveillance systems within the already existing healthcare system to monitor and collect data. Mass education in hygiene is implemented in primary education schools which are free for residents of Morocco.

In 2015, the Moroccan health expenditure was $435.29 per capita. In 2016 the life expectancy at birth was 74.3, or 73.3 for men and 75.4 for women, and there were 6.3 physicians and 8.9 nurses and midwives per 10,000 inhabitants. In 2017, Morocco ranked 16th out of 29 countries on the Global Youth Wellbeing Index. Moroccan youths experience a lower self-harm rate than the global index by an average of 4 encounters per year. 63% of youth say their standard of living will be better than their parents.

Promoting health and well-being at all ages is essential to sustainable development in Morocco. More effort is needed to increase access to health insurance, basic sanitation services and continue to lower infant and maternal mortality rates in the country. Morocco is receptive to healthcare reforms and change. The nation is continuously taking steps to improve health and sets an example for other developing countries in the Middle East and North Africa. 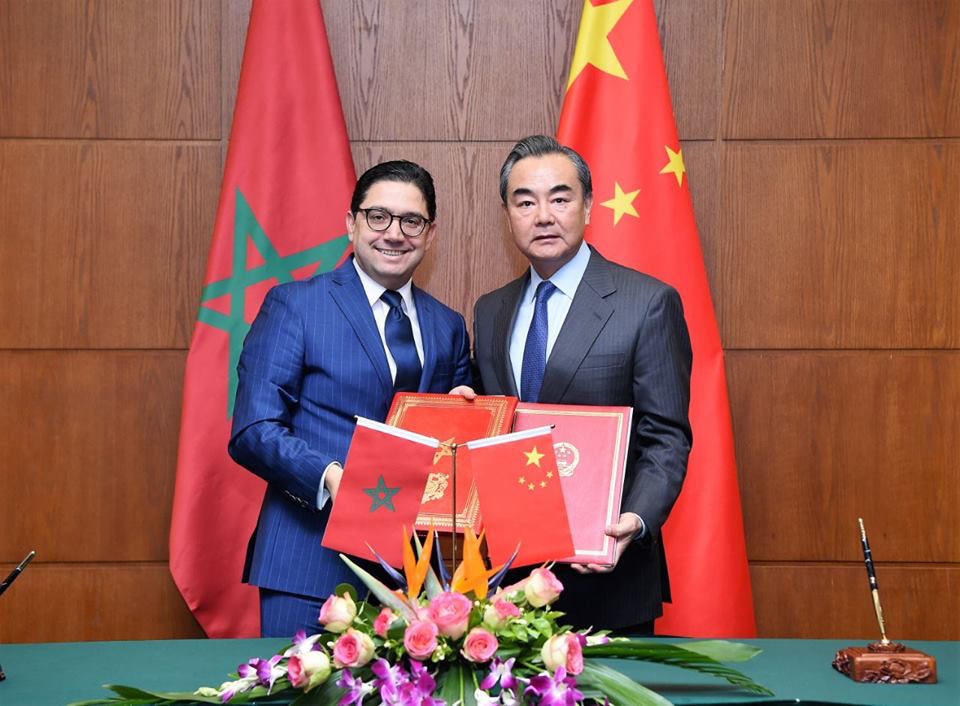 Since 1975, a total of 1,784 Chinese medical personnel have provided service to Moroccan people across the country. Now, a medical team of 78 members are helping Moroccans in different regions.

Since 2009, Morocco has established three Confucius Institutes in Rabat, Casablanca and Tangier, with thousands of registered students.

Bilateral ties further deepened in 2016 when Morocco’s King Mohammed VI made a state visit to China. It was the second such trip to China during his reign and played major role in moving the relationship forward, helping open up business in the development of the Moroccan city Tangier as an export zone but, also in other sectors such as tourism and culture.

Since Morocco has announced a visa waiver for Chinese citizens in June 2016, the number of Chinese tourists to Morocco has increased from less than 20,000 per year to some 180,000 in 2018.