Nepal is a landlocked country in South Asia. It is bordered to the north by China and to the south, east, and west by India. 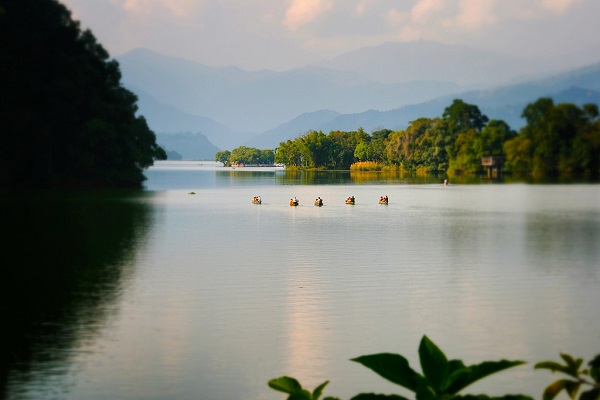 Capital: Kathmandu, with a population of about 500 million

Nepal is an agricultural country with a backward economy and it is one of the least developed countries in the world. Since the beginning of the 1990s, the implementation of a market-oriented free economic policy has begun in Nepal, but due to the political situation and weak infrastructure, the efforts have not been effective. Nepal relies heavily on foreign aid and a quarter of its budget expenditure comes from foreign donations and loans. The main economic data for Nepal’s 2017/2018 fiscal year are as follows:

(The fiscal year of Nepal starts on July 16 of the previous year and ends on July 15 of the following year.)

China and Nepal established diplomatic relations on August 1, 1955. The two countries decided to establish and develop a China-Nepal Comprehensive Partnership of Cooperation featuring ever-lasting friendship on the basis of the Five Principles of Peaceful Coexistence.

Chinese and Nepali governments signed a Memorandum of Understanding on bilateral cooperation under the framework of the Belt and Road Initiative on May 12, 2017.

As of September 2018, China’s accumulated non-financial direct investment in Nepal was $330 million. Nepal’s companies have invested a total of $2.5 million in China.

China has successfully held eight China Festival events and eight China Education Exhibitions activities in Nepal as of 2018. In 2007, the Confucius Institute was established at Kathmandu University. In recent years, China has been the second largest source of tourists in Nepal.