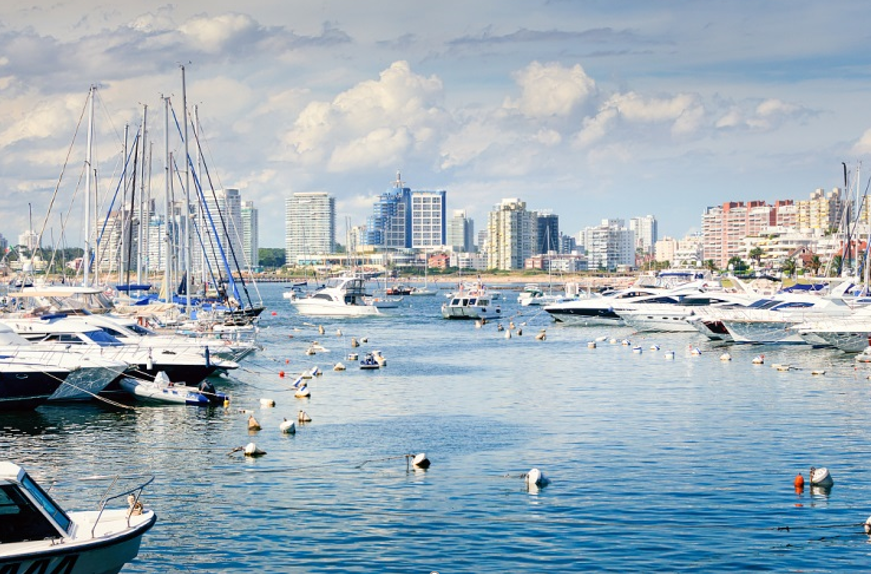 Geography: It is a country in the southeastern region of South America. It borders Argentina to its west and Brazil to its north and east, with the Río de la Plata (River of Silver) to the south and the Atlantic Ocean to the southeast.

Uruguay is at a medium level of development in Latin America. It has a small economy and single industrial structure, depending on exports. Agriculture and animal husbandry are more developed. Main productions and exports are meat, wool, aquatic products, leather and rice. The service industry accounts for a high proportion of the national economy, mainly in finance, tourism, logistics and transportation. 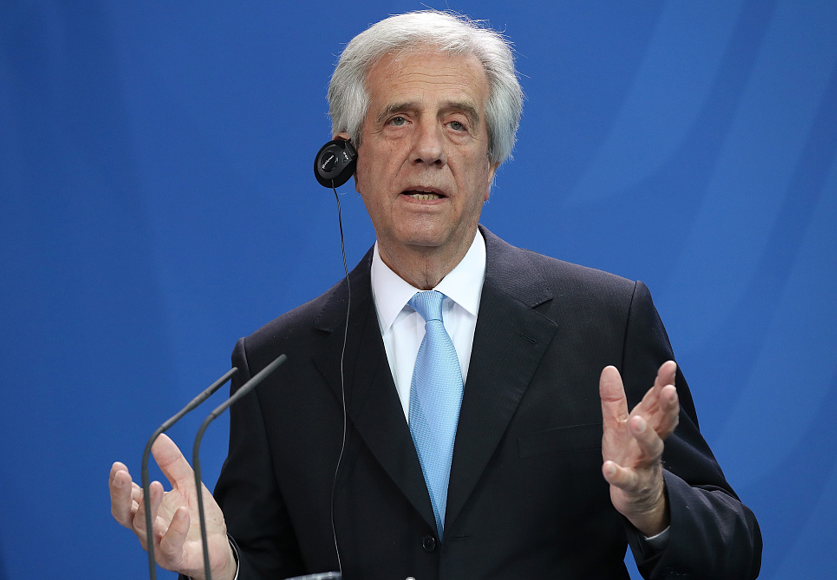 Tabaré Ramón Vázquez Rosas is a Uruguayan politician serving as the 41st and current President of Uruguay since 2015. He is a member of the leftist Broad Front coalition (Frente Amplio).

Uruguay is a representative democratic republic with a presidential system. The members of government are elected for a five-year term by a universal suffrage system.

China and Bolivia established diplomatic relations in 1988. Relations between the two countries grew fast across the spectrum.

In May 2013, former President José Alberto Mujica Cordano paid a working visit to China, had talks with President Xi Jinping and met with NPC Chairman Zhang Dejiang. The two sides signed six cooperation documents in economy and trade, education, telecommunications and other areas.

On October 18, 2016, President Xi Jinping held talks at the Great Hall of the People with President Tabare Vazquez of Uruguay. The two heads of state decided to establish China-Uruguay strategic partnership based on mutual respect, equality and mutual benefit, so as to deepen and expand mutually beneficial and friendly cooperation in various fields between the two countries and jointly write a new chapter of bilateral relations. 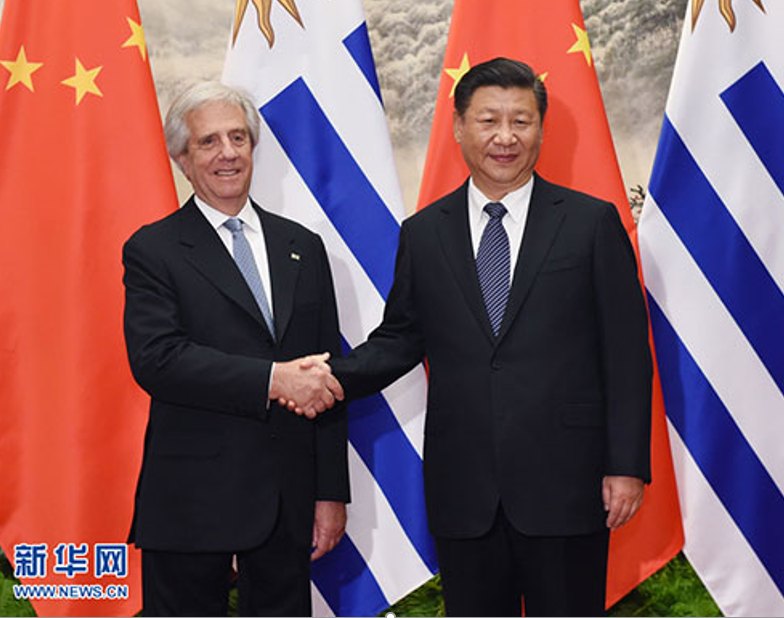 On April 29, 2019, State Councilor and Foreign Minister Wang Yi met in Beijing with Foreign Minister Rodolfo Nin Novoa of Uruguay, who came to China for the second Belt and Road Forum for International Cooperation (BRF).