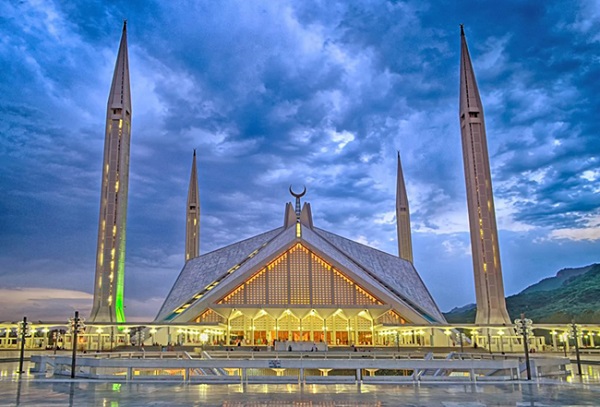 Pakistan is strategically located at the confluence of South Asia, the Middle East and Central Asia, endowed with natural and historical wonders.

With a federal parliamentary political system, Pakistan is a democracy with elections held every five years.

Though semi-industrialized, the economy of Pakistan is still is dominated by agriculture, which accounts for 19.5% of GDP. It is the 27th largest economy in the world in terms of Purchasing Power Parity (PPP).

● January 1963: The first formal trade agreement between China and Pakistan was signed.

● March 1963: China and Pakistan reached a border agreement. The boundary agreement provisionally demarcated the frontier between both neighbors. The final agreement was signed by foreign ministers Chen Yi for the Chinese side and Zulfikar Ali Bhutto for the Pakistani side.

● August 1963: An air transport agreement was signed authorizing each other’s airlines to land and operate along with other services. Airlines were directed to fly on the route of Karachi and Dhaka to Guangzhou and Shanghai and onwards to Tokyo.

● July 1971: Pakistan assisted the United States in making contacts with China that resulted in the visit to China by then US National Security Adviser Henry Kissinger.

● May 1976: China and Pakistan signed an agreement to cooperate in the fields of science and technology.

● August 1982: The two countries signed the protocol on opening the Khunjerab Pass on the Pakistan-China border.

● October 1982: President General Zia-ul-Haq paid an official visit to China. During the visit both sides agreed to set up the China-Pakistan Joint Committee of Economy, Trade and Technology.

● 2011: Pakistan and China celebrated the Pakistan-China Friendship Year at the occasion of the 60th anniversary of bilateral Pakistan-China relations. On May 21, 2011, the governments and common people from the two sides sent messages to each other on the 60th anniversary. In this year, there was remarkable progress in the fields of economics, trade, energy, defense, culture, sports and education. Wang Chen, minister of the State Council Information Office, visited Pakistan and attended the anniversary celebrations.

● In 2013, the strategic cooperative partnership between China and Pakistan was further enhanced, and bilateral exchanges and cooperation in various fields deepened.

● April 2015: President Xi Jinping arrived in Pakistan on a state visit. During the visit, 51 agreements and MOUs, including the plan for CPEC, were signed. President Mamnoon Hussain conferred Pakistan’s highest civil award Nishan-i-Pakistan on his Chinese counterpart on April 21, 2015.

● August 2017: A high-level delegation led by Wang Yang, the vice-premier of the State Council, visited Pakistan to attend the 70th Independence Day Celebrations.

With the launch of the Belt and Road Initiative and the signing of CPEC, the relations between Pakistan and China have ushered in a new era. In addition to the already strong political and military relationship, economic relations have improved exponentially.

Chinese investments are pouring into Pakistan, and several mega projects were launched in power generation and transmission.

The total volume of trade has reached 20 billion dollars in 2017.

Basic infrastructure elements such as motorways, railways, airports, sea ports, oil and gas pipelines, and fiber-optic linkages are being upgraded and strengthened.

Legislative, cultural, people-to-people and local exchanges were active. In 2017, the amount of Pakistani students studying in China has reached 7,034, while 580 Chinese students study in Pakistan. China has set up four Confucius institutes in Pakistan.

Besides, cooperation in regional and international affairs was further strengthened. Pakistan continued to support China's position on Taiwan, Tibet and other issues. The two countries maintained sound cooperation on Afghanistan-related issues.