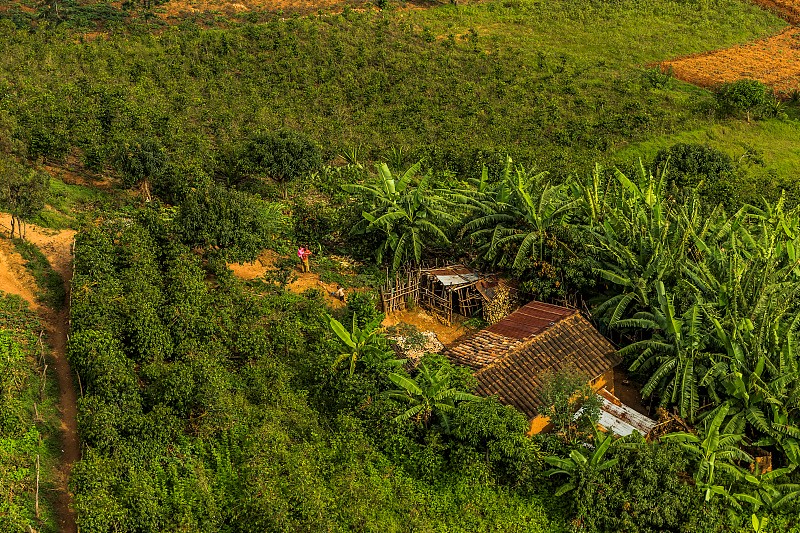 Full name: The Republic of Rwanda

Rwanda is located in Central/Eastern Africa and is bordered by the Democratic Republic of the Congo to the west, Uganda to the north, Tanzania to the east, and Burundi to the south. It lies a few degrees south of the equator and is landlocked. Rwanda has a temperate tropical highland climate, with lower temperatures than are typical for equatorial countries because of its high elevation. The annual average temperature is 19°C (66.2℉).

Rwanda is a country of few natural resources and the economy is based mostly on subsistence agriculture by local farmers using simple tools. An estimated 90% of the working population farms, and agriculture constituted an estimated 32.5% of GDP in 2014. Farming techniques are basic, with small plots of land and steep slopes. Since the mid-1980s, farm sizes and food production have been decreasing, due in part to the resettlement of displaced people. Despite Rwanda's fertile ecosystem, food production often does not keep pace with population growth, and food imports are required. 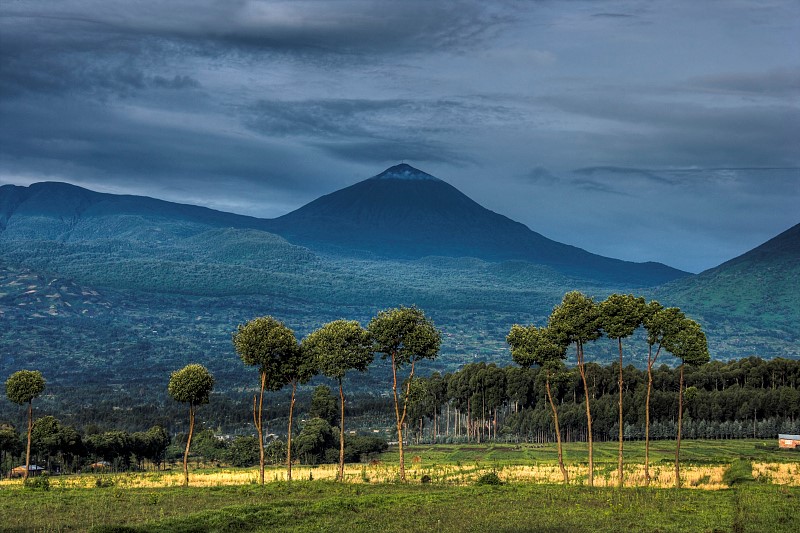 Rwanda is poor in natural resources. The mined mineral deposits are tin, tungsten, niobium, tantalum, beryl, gold and so on. Tin reserves are about 100,000 tons. Niobium and tantalum reserves are estimated at 30 million tons. In 2013, Rwanda exported 81 million tons of ore, earning $228 million in foreign exchange, according to the bureau of geology and mining.

The Head of State: Paul Kagame

The President of Rwanda is the head of state and has broad powers including creating policy in conjunction with the Cabinet, exercising the prerogative of mercy, commanding the armed forces, negotiating and ratifying treaties, signing presidential orders, and declaring war or a state of emergency. The President is elected by popular vote every seven years and appoints the Prime Minister and all other members of Cabinet.

The constitution was adopted following a national referendum in 2003, replacing the transitional constitution which had been in place since 1994. The constitution mandates a multi-party system of government, with politics based on democracy and elections. However, the constitution places conditions on how political parties may operate. 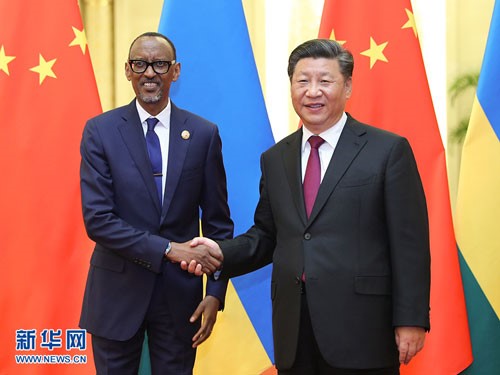 Bilateral relations between China and Rwanda

China established diplomatic relations with Rwanda on November 12,1971. Since then, the friendly and cooperative relations between the People's Republic of China and the Republic of Rwanda have grown in a sound and steady manner.

On March 17, 2017, President Xi Jinping held talks at the Great Hall of the People with President Paul Kagame of Rwanda. The two heads of state agreed to take the implementation of outcomes of the Johannesburg Summit of the Forum on China-Africa Cooperation (FOCAC) as opportunity to actively make innovation in cooperation models and comprehensively deepen mutually beneficial cooperation, so as to elevate the level of bilateral strategic cooperation.

On September 4, 2018, Chinese President Xi Jinping met with Rwandan President Paul Kagame who attended the 2018 Beijing Summit of the Forum on China-Africa Cooperation. Calling the just concluded summit a meeting with historic significance, Xi expressed his appreciation and gratitude to Kagame for his attendance, also as the rotating chairperson of the African Union, and his contribution to the success of the summit.

On January 14, 2019, Special Representative of the Chinese Government on African Affairs Xu Jinghu, who was on a friendly visit to Rwanda, met with Minister of Foreign Affairs and International Cooperation Richard Sezibera of Rwanda in Kigali. Both sides exchanged in-depth views on China-Rwanda relations, implementation of the results of the Beijing Summit of the Forum on China-Africa Cooperation (FOCAC) and issues of common concern. H.E. Rao Hongwei, Chinese Ambassador to Rwanda, attended the meeting.