The Federal Republic of Somalia

Somalia is located in the Horn of Africa, bordered by Ethiopia to the west, Djibouti to the northwest, the Gulf of Aden to the north, the Guardafui Channel and Somali Sea to the east, and Kenya to the southwest. It has the longest coastline on Africa's mainland, and its terrain consists mainly of plateaus, plains and highlands. Climatically, hot conditions prevail year-round, with periodic monsoon winds and irregular rainfall. 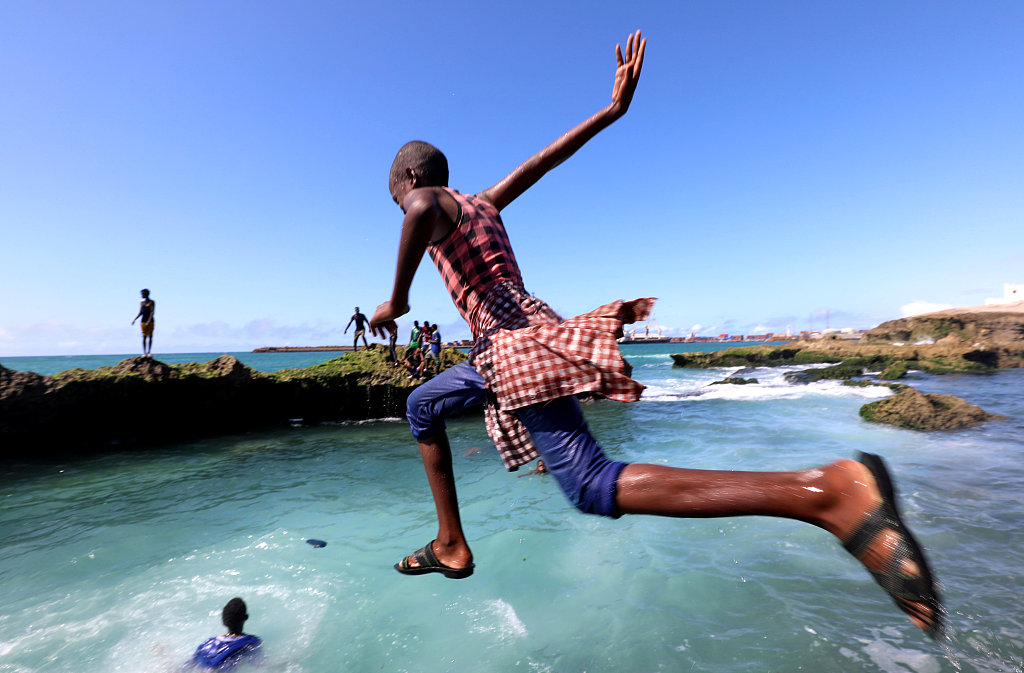 Somalia is one of the least developed country in the world. It has maintained an informal economy, mainly based on livestock, remittances from Somalis working abroad, and telecommunications. It is a member of the United Nations, the Arab League, African Union, Non-Aligned Movement and the Organization of Islamic Cooperation.

Agriculture is the most important economic sector of Somalia. It accounts for about 65% of the GDP and employs 65% of the workforce. Livestock contributes about 40% to GDP and more than 50% of export earnings. Somalia has the most camels in the world.

Other principal exports include fish, charcoal and bananas. Main destinations are the Middle East countries.

The 2017 economic indicators are as follows:

Somalia is a parliamentary representative democratic republic. The president of Somalia is the head of state and commander-in-chief of the Somali Armed Forces and selects a prime minister to act as head of government.

The Federal Parliament of Somalia is the national parliament. The bicameral National Legislature consists of the House of the People (lower house) and the Senate (upper house), whose members are elected to serve four-year terms, The parliament elects the president, speaker of parliament and deputy speakers. It also has the authority to pass and veto laws.

● China and Somalia established ties on December 14, 1960.  Somalia was the first country in East Africa to establish diplomatic relations with China and was also one of the countries supporting the People's Republic of China in restoring its lawful seat in the United Nations.

● Since the establishment of diplomatic ties, bilateral cooperation on economics and technology has been progressing smoothly. China started to provide assistance to Somalia in 1963 by helping with its infrastructure.

● The two countries signed agreements on cultural cooperation in 1963. China started to provide government scholarships to Somalian students in 1978.

● China started to develop labor cooperation in Somalia in 1982.

● Since 1992, the Chinese government and the Red Cross Society have donated a certain amount of medicine and general supplies to Somalia every year.

● Bilateral trade volume reached $485 million in 2017 with year-on-year growth of 20 percent. The Chinese government has built over 80 infrastructure projects like hospitals, stadiums and roads.

● To date, China has dispatched a medical team of more than 400 members in 13 batches to the country since 1991.

● With the authorization of related UN resolutions, China has deployed its navy fleet to carry out escort missions in the waters off Somalia, which has contributed to maintaining security there.