Thailand, officially the Kingdom of Thailand, is a country located in Southeast Asia, bordering Myanmar, Laos, Cambodia and Malaysia. 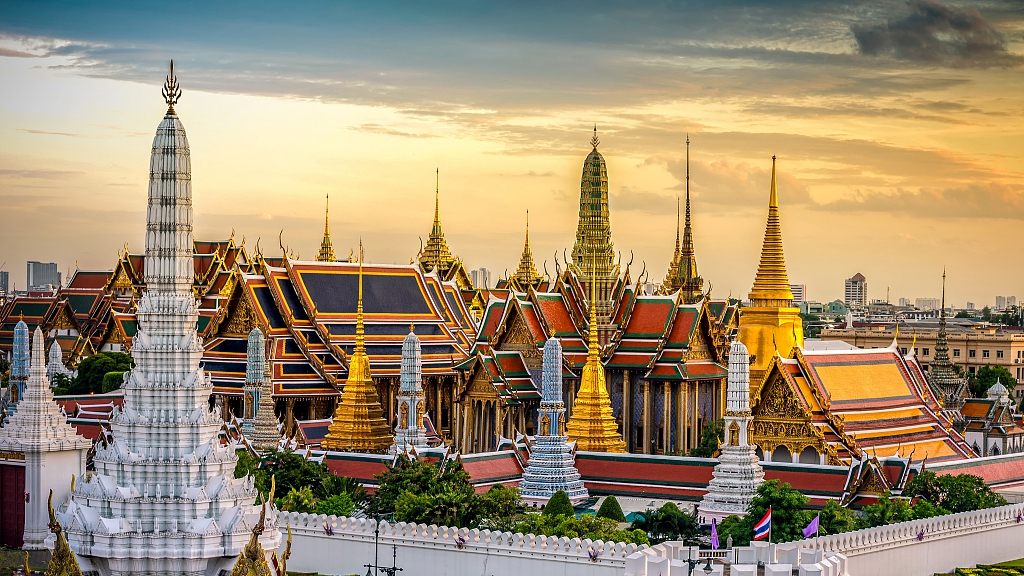 Trade plays a significant role in the national economy. China, Japan, ASEAN, the US, and the EU are important trading partners. The tourism industry maintains a stable development momentum and is one of the important sources of its foreign exchange earnings.

China and Thailand established diplomatic relations on July 1, 1975. Strategic cooperation between the two countries made steady progress, and exchanges between the two peoples are frequent.

Chinese President Xi Jinping stressed that China and Thailand are as close as members of a family, and the two peoples enjoy brotherly relations. As a close and friendly neighboring country, China attaches high importance to developing China-Thailand friendly relations, and will, as always, respect the development path Thailand chooses in accordance with its own national conditions, and play greater roles in international and regional affairs, in a bid to promote bilateral strategic cooperative partnership for greater development.

In November 2015, the foreign ministers of China, Cambodia, Laos, Myanmar, Thailand and Vietnam met to discuss the establishment of the Lancang-Mekong Cooperation (LMC). The LMC framework was formally established in March 2016 by the six member countries, and is an important component of the Belt and Road Initiative (BRI) and also an important sub-regional cooperation mechanism between China and ASEAN.

On August 24, 2018, the Thailand-China Business Forum 2018 was held in Bangkok and attended by about 1,000 delegates from China and Thailand. During the forum, Somkid Jatusripitak, Thailand’s Deputy Prime Minister, said that China’s BRI has become a driving force for economic development as it connects China to many countries across Asia, as well as connects Asia at large to Europe and other parts of the world. The Thai government has drawn an economic strategy that supports and connects to China’s BRI.

In February 2019, visiting Chinese State Councilor and Foreign Minister Wang Yi and Thai Foreign Minister Don Pramudwinai held strategic consultations. Don said that Thailand welcomes China's development and revitalization, hoping China will play a more important role in maintaining world peace and development, and believes that BRI will bring more opportunities to the development of Thailand as well as the cooperation between the two countries.

China is willing to join hands with Thailand to push forward the connection between the Belt and Road Initiative and ASEAN's overall plan on connectivity, promote regional connectivity and sustainable development, successfully hold the China-ASEAN Year of Media Exchanges, lift the level of defense and security cooperation and press forward the development of China-ASEAN relations and the cooperation in East Asia to achieve greater progress.