Population: 93 million (Foreign nationals, which account for 88.5 percent of the population, are mainly from India, Pakistan, Egypt, Syria and Palestine.) 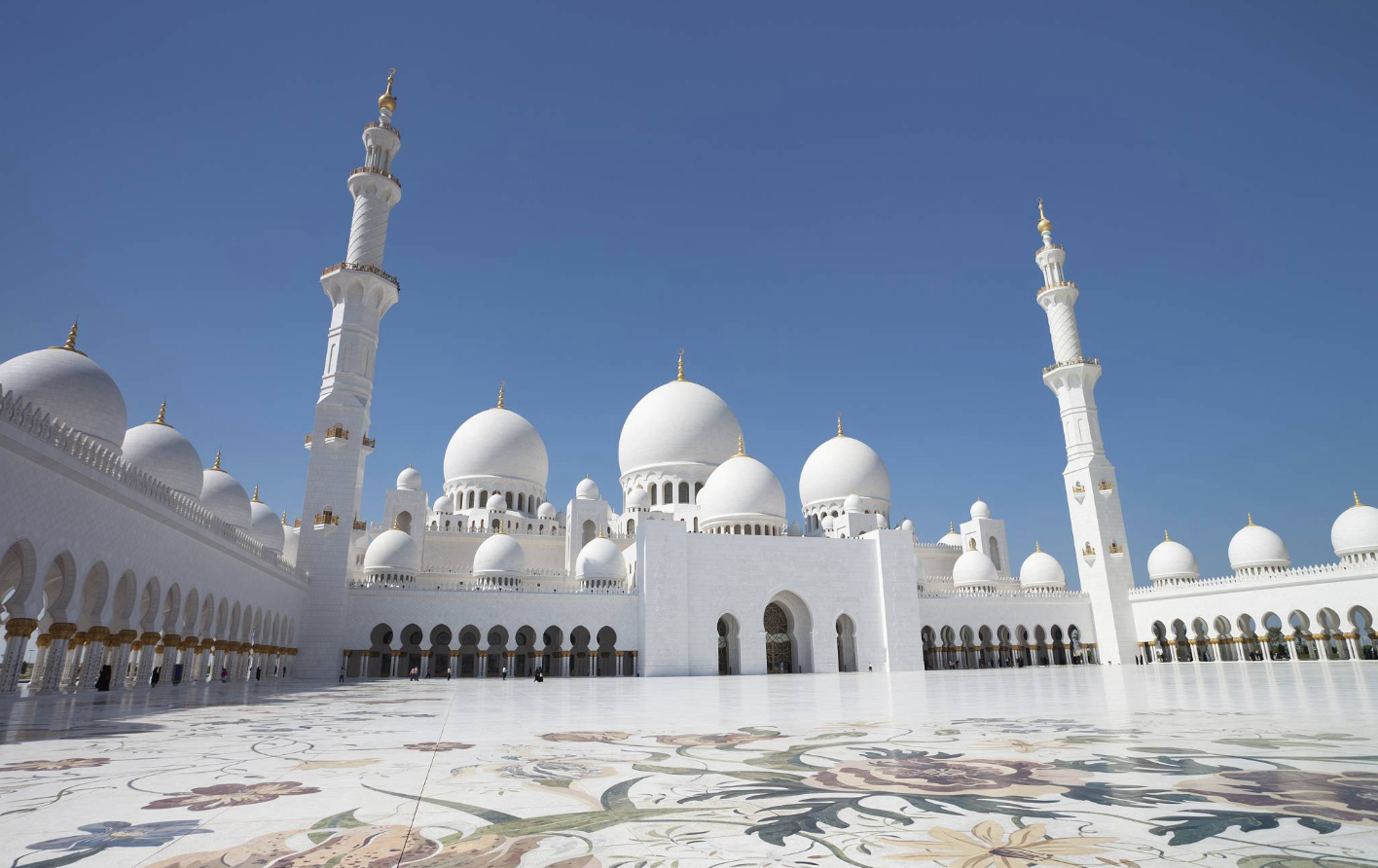 The United Arab Emirates is located in the east of the Arabian Peninsula, bordering the Persian Gulf to the north, with a coastline of 734 kilometers. It borders Saudi Arabia on the southwest and Oman on the east and northeast. With tropical desert climate, summer (may to October) in UAE, hot and damp, has a temperature range of 40 to 50 C. Winter temperatures (November - the following April) range from 7 to 20 C, with occasional sandstorm. The average precipitation is about 100 mm, mostly in January and February.

The UAE is dominated by oil production and the petrochemical industry. While developing the petrochemical industry, the government has made it a top priority to diversify the economy, expand trade and increase the proportion of non-oil revenue in the GDP. UAE works hard on developing its industries such as cement, aluminium smelting, plastic products, building materials, clothing and food processing, and attaches importance to agriculture, husbandry and fishery. UAE is making full use of all sources of revenue and giving priority to the development of culture, education and public health. In recent years, the capital Abu Dhabi was selected as the headquarters of the international renewable energy agency in June 2009.

Budget deficit as a percentage of GDP: 4.5% 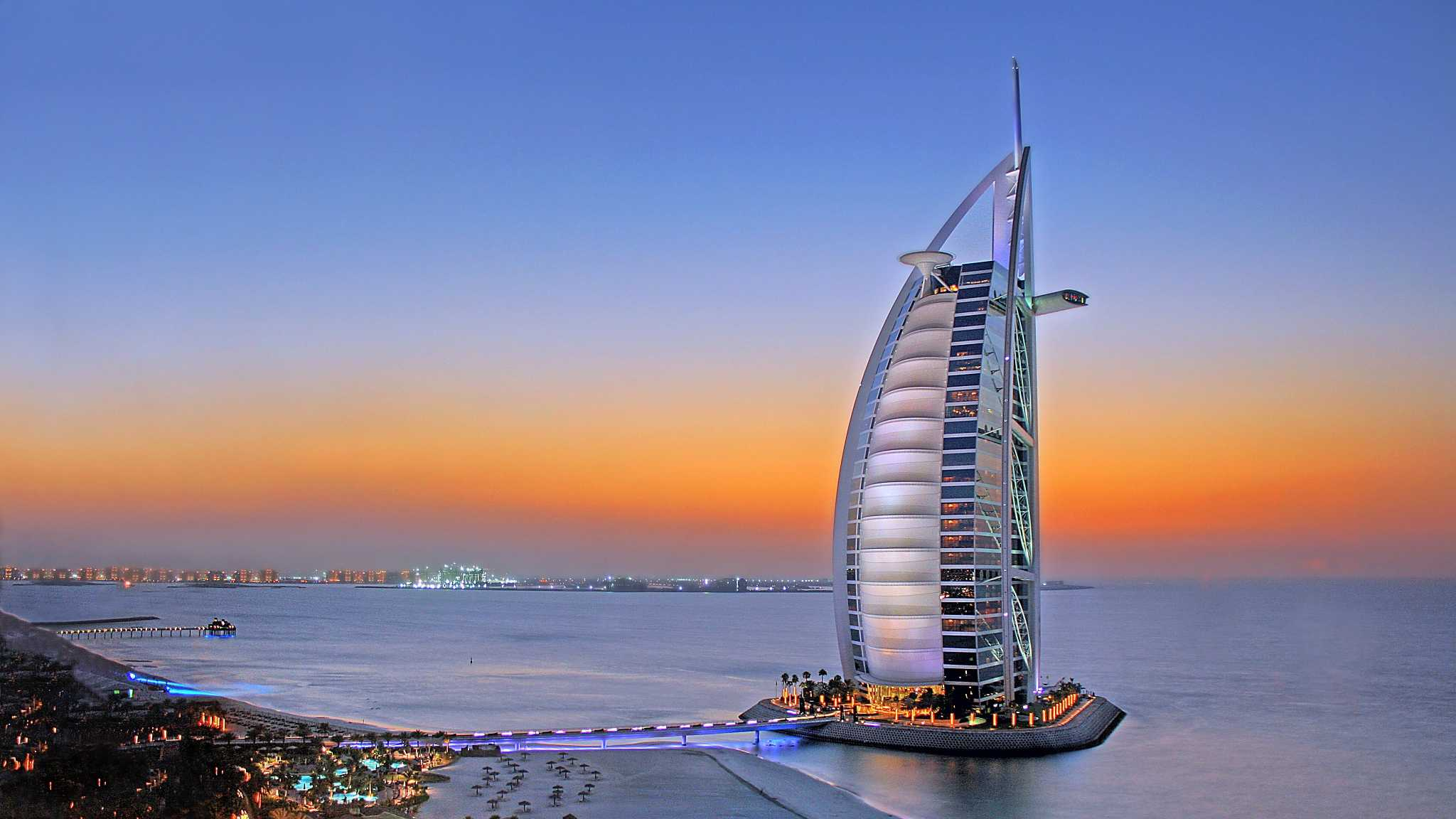 A view of the Burj AI Arab Hotel, Dubai, UAE.

The states of the UAE are connected by expressways and a freight railway stretching 266 km.

[Air transport] There are 39 airports in the UAE, seven international airports including that in Abu Dhabi and Dubai. In the global airline competition ranking, Emirates Airlines ranked first among Arab countries. UAE has signed bilateral aviation agreements with 155 countries, including China, and 109 airlines from all over the world have regular flights to its airports.

[Land transport] The total length is about 4,080 kilometers, and the road quality ranks among the top in the world.

[Water transport] There are 12 major ports with an annual cargo throughput of 105.4 million tons. Container handling capacity is 26.5 million TEU per year. Port Khalifa in Abu Dhabi is the most automated port in the Middle East and is set to become the world's largest industrial cluster. Dubai's Jebel Ali port is the world's largest man-made port and the largest in the Middle East. 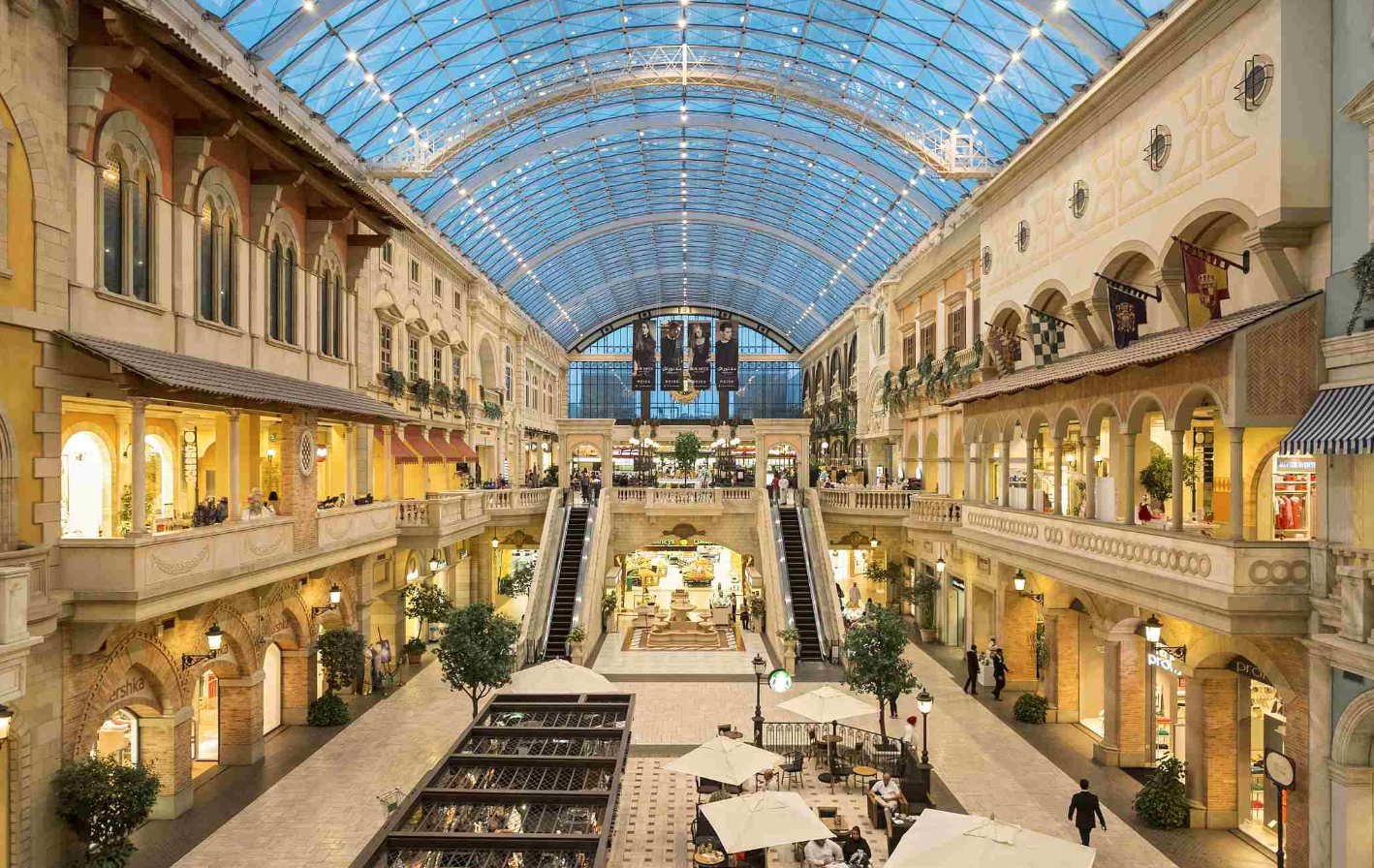 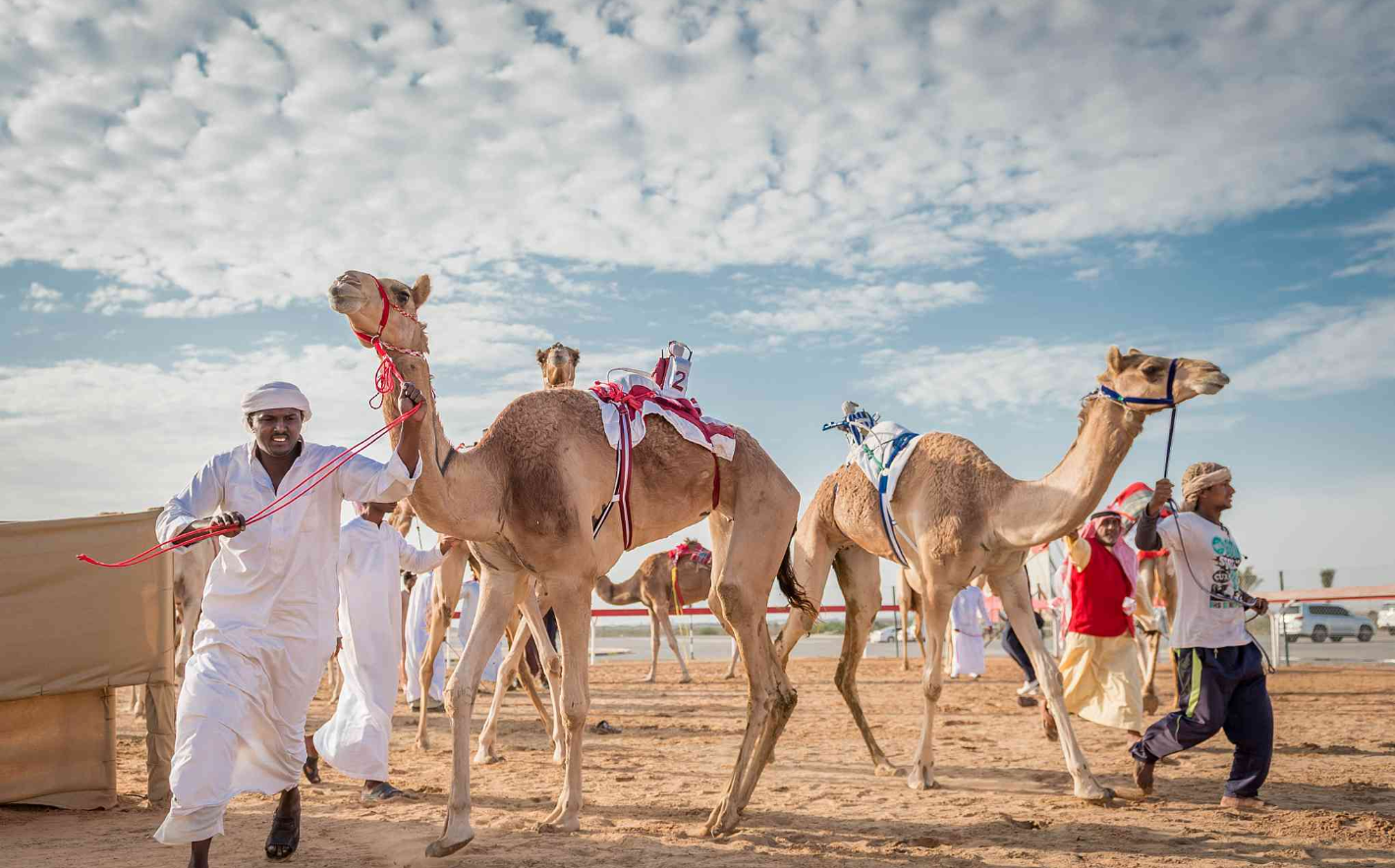 The UAE implements a free medical care system. There are 1,162 hospitals, primary medical centers, clinics and other medical institutions in the country.

The UAE attaches great importance to the development of education and the cultivation of its own scientific and technological talents. It implements the free education system and advocates equal educational opportunities for women and men. There are 1,259 public schools with more than 800,000 students and 25,000 teachers. 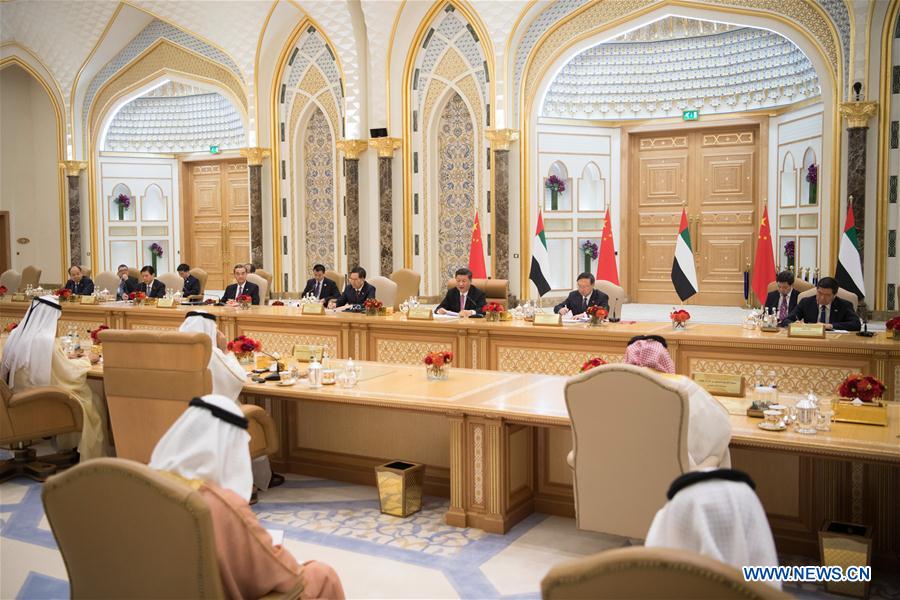 China and the United Arab Emirates (UAE) decided to upgrade their bilateral relations to a comprehensive strategic partnership on July 21, 2018.

By lifting their ties, China and the UAE will strengthen their bilateral in-depth cooperation in various fields, and promote continuous development of bilateral ties on higher levels, in broader areas and at greater depths.

The United Arab Emirates (UAE) is set to play a big role in China's Belt and Road Initiative (BRI), said a UAE official on the sidelines of Annual Investment Meeting (AIM) in Dubai on April 10, 2019.

Undersecretary for Foreign Trade of the UAE Ministry of Economy Abdulla Al Saleh said that the UAE is proud to host the forum as a testament of strong economic and trade ties with China, according to the official Emirates News Agency (WAM).