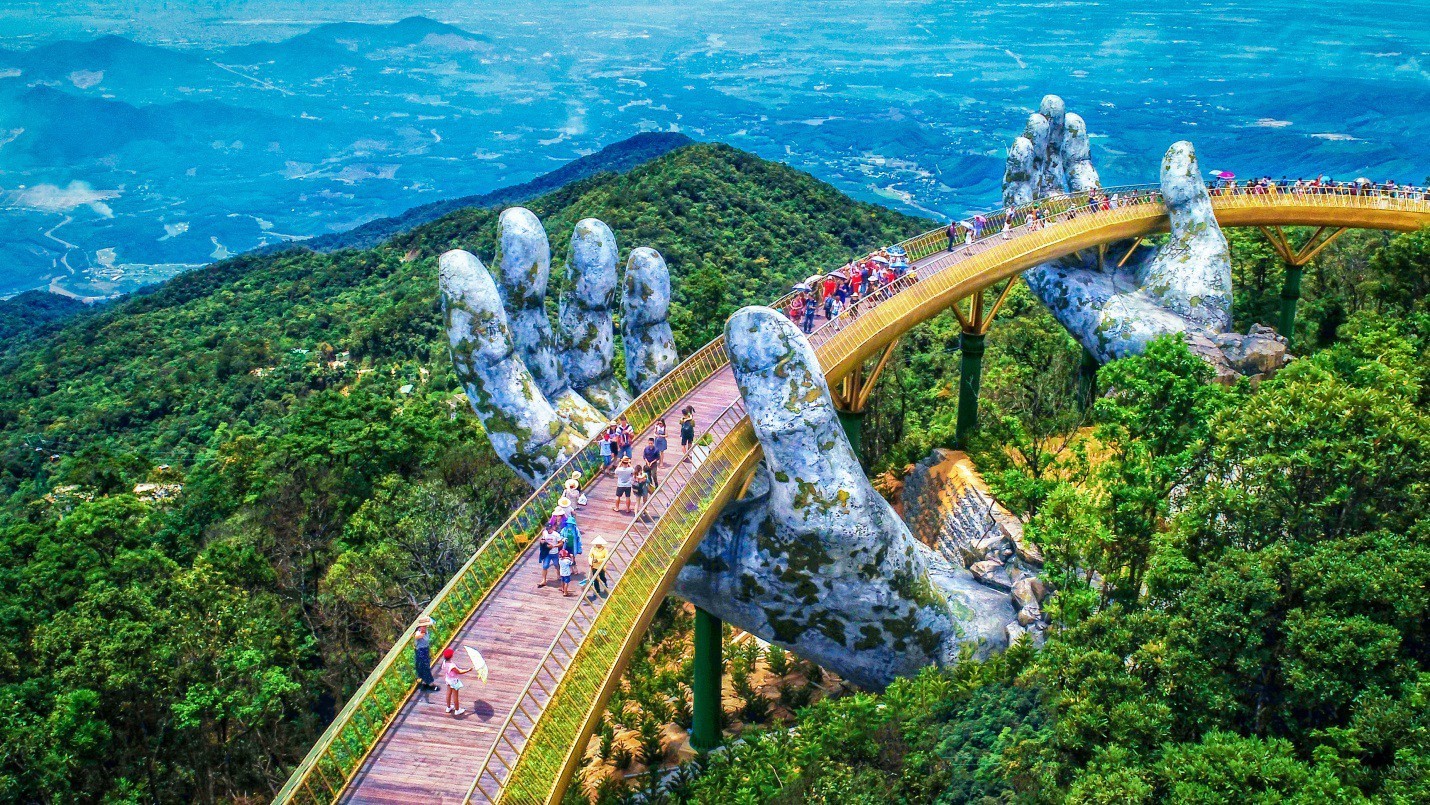 Vietnam is located on the eastern margin of the Indochinese peninsula and occupies about 331,211.6 square kilometers, of which about 25% was under cultivation in 1987. It borders the Gulf of Thailand, Gulf of Tonkin, and Pacific Ocean, along with China, Laos, and Cambodia. Vietnam is a country of tropical lowlands, hills, and densely forested highlands, with level land covering no more than 20% of the area.

The country is divided into the highlands and the Red River Delta in the north; and the Dãy Trường Sơn (Central mountains, or the Chaîne Annamitique, sometimes referred to simply as "the Chaine."), the coastal lowlands, and the Mekong Delta in the south.

Vietnam's climate, being located in the tropics and strongly influenced by the South China Sea has a monsoon-influenced tropical climate typical of that of mainland Southeast Asia. In the north, the climate is monsoonal with four distinct seasons (Spring, Summer, Autumn, and Winter) while in the south, the climate is tropical monsoon with two seasons (rainy and dry).

The socialist-oriented market economy of the Socialist Republic of Vietnam is the 47th-largest economy in the world measured by nominal gross domestic product (GDP) and 35th-largest in the world measured by purchasing power parity (PPP). The country is a member of Asia-Pacific Economic Cooperation, Association of Southeast Asian Nations and the World Trade Organization.

Petroleum is the main source of energy, followed by coal, which contributes about 25% of the country's energy (excluding biomass). Vietnam's oil reserves are in the range of 270–500 million tons. Oil production rose rapidly to 403,300 barrels per day (64,120 m3/d) in 2004, but output is believed to have peaked and is expected to decline gradually.

Vietnam’ s economy continues to show fundamental strength, supported by robust domestic demand and export-oriented manufacturing. The extreme poverty rate is estimated to have declined to below 3 percent. Following 6.8 percent growth in 2017, preliminary data indicate that GDP growth accelerated to 7.1 percent in 2018, underpinned by a broad-based pickup in economic activity.

As a result of several land reform measures, Vietnam has become a major exporter of agricultural products. It is now the world's largest producer of cashew nuts, with a one-third global share; the largest producer of black pepper, accounting for one-third of the world's market; and the second-largest rice exporter in the world after Thailand since the 1990s. Subsequently, Vietnam is also the world's second largest exporter of coffee. The country has the highest proportion of land use for permanent crops together with other nations in the Greater Mekong Subregion. Other primary exports include tea, rubber and fishery products although agriculture's share of Vietnam's GDP has fallen in recent decades, declining from 42% in 1989 to 20% in 2006 as production in other sectors of the economy has risen.

Vietnam has an extensive state-controlled network of schools, colleges, and universities and a growing number of privately run and partially privatised institutions. General education in Vietnam is divided into five categories: kindergarten, elementary schools, middle schools, high schools, and universities.

A large number of public schools have been constructed across the country to raise the national literacy rate, which stood at 90% in 2008. Most universities are located in major cities of Hanoi and Ho Chi Minh City with the country education system continuously undergoing a series of reform by the government. Basic education in the country is relatively free for the poor although some families may still have trouble paying tuition fees for their children without some form of public or private assistance.

A number of foreign universities operate private campuses in Vietnam, including Harvard University (USA) and the Royal Melbourne Institute of Technology (Australia). The government's strong commitment to education has fostered significant growth but still need to be sustained to retain academics. In 2018, a decree on university autonomy to operate independently without a ministry control above their heads are in its final stages of approval with the government will continue to invest in education especially for the poor to have access on basic education.

The Voice of Vietnam (VOV) is the official state-run national radio broadcasting service, broadcasting internationally via shortwave using rented transmitters in other countries and providing broadcasts from its website while Vietnam Television (VTV) is the national television broadcasting company.

There are hundreds of newspapers and magazines. The Communist Party, government bodies and the military own or control almost all of them, says Freedom House. Best-selling dailies Tuoi Tre and Thanh Nien are run by youth organisations in Ho Chi Minh City.

Since the early 2000s, Vietnam has made significant progress in combating malaria, with the malaria mortality rate falling to about 5% of its 1990s equivalent by 2005 after the country introduced improved antimalarial drugs and treatment.

In September 2018, the Hanoi People's Committee urged the citizens of the country to stop eating dog and cat meat as it can cause other diseases like rabies and leptospirosis as more than 1,000 stores in the capital city of Hanoi are found to be selling both meats. The decision received positive comments among Vietnamese society on social media despite many still disagreed as it has been a habit that couldn't be resisted.

In 2007, they signed the Agreement on Cooperation in Border Defense with the aim to maintain peace, stability, security and order along the Vietnam-China border.

China has been the largest trading partner of Vietnam for the last 13 years, which in turn is China's largest among Southeast Asian countries after 2016.

A joint communique was signed by the two countries in 2017, pledging to manage maritime differences and avoid any acts that may complicate the situation and escalate tensions so as to safeguard peace and stability in the South China Sea.

In May 2017, Vietnamese President Tran Dai Quang and his wife kicked off a five-day state visit to China, which included attending the Belt and Road Forum for International Cooperation.

Chinese President Xi Jinping arrived in Vietnam on Nov 9, 2017 to attend the APEC Economic Leaders' Meeting and made a state visit to the country. At the 25th APEC CEO Summit in Da Nang, Xi said "China will not stop the pace of opening up to the world, and make it a larger and more comprehensive market in the coming 15 years."