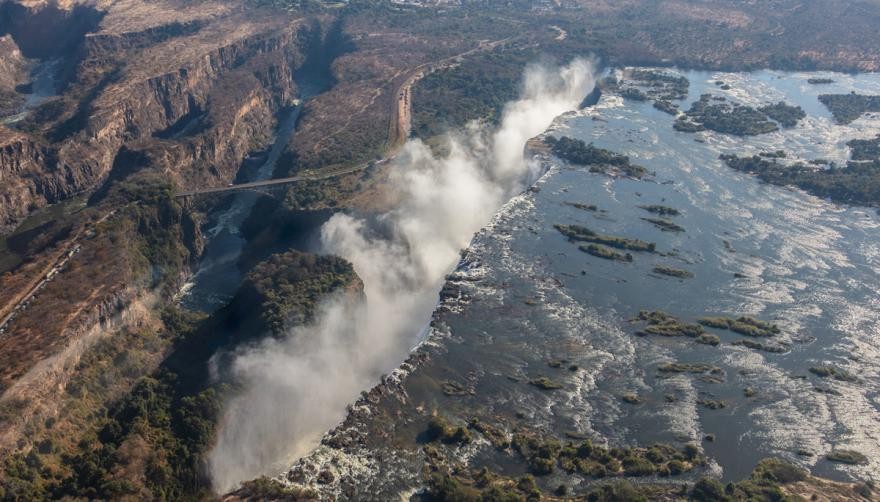 Zambia, officially the Republic of Zambia, is a landlocked country in south-central Africa. On the border between Zambia and Zimbabwe, Zambezi River falls about 100 meters over the 1.6 kilometer-wide Victoria Falls, the largest waterfall in the world.

Zambia has an area of 752,614 square kilometers. It is located on the plateau of Central Africa. With the average altitude of 1,200 meters, Zambia generally has a moderate temperate grassy climate.

The territory of what is now Zambia was known as Northern Rhodesia from 1911. It was renamed Zambia at independence from UK in 1964. The new name of Zambia was derived from the Zambezi river.

Zambia has a total population of 17.6 million (data in 2018). The population comprises approximately 73 ethnic groups, most of which are Bantu-speaking.

The official language of Zambia is English, which is used to conduct official business and is the medium of instruction in schools. The main local language, especially in Lusaka, is Nyanja (Chewa), followed by Bemba.

Edgar Chagwa Lungu was inaugurated as the President of Zambia in September 2016.

Politics in Zambia takes place in a framework of a presidential representative democratic republic, whereby the President of Zambia is both head of state and head of government in a pluri-form multi-party system. The government exercises executive power, while legislative power is vested in both the government and parliament.

The legal currency in Zambia is Zambian kwacha, the exchange rate of the kawacha to the US dollar is around 10.52:1. Zambia also holds a foreign exchange reserve of $1.58 billion.

Abundant in natual resources, Zambia possesses a copper reserve of about 20 million tons, which takes up 2.8% of total reserve around the world.  Zambia also has the world’s second largest cobalt reserve.

Mines, agriculture and service industry are the main sectors of Zambia’s economy. Copper mines and the metallurgical industry serve pivotal roles in the country.  A railway (TAZARA – Tanzania Zambia Railways) to the Tanzanian port of Dar es Salaam, completed in 1975 with Chinese assistance, reduced Zambian dependence on railway lines south to South Africa and west through Angola.

Zambia experienced a sweet period of rapid development after  independence, but when the copper price dipped in the global market, the Zambian economy showed weakness.

Prior to the establishment of modern Zambia, the natives lived in independent tribes, each with its own way of life. The original cultures have largely survived in the rural areas. In the urban setting there is a continuous integration and evolution of these cultures to produce what is now called "Zambian culture".

Apart from the famous Victoria Falls, there are 13 national wildlife parks and 32 administrated hunting zones in Zambia, which provide a tourism boost to the country. 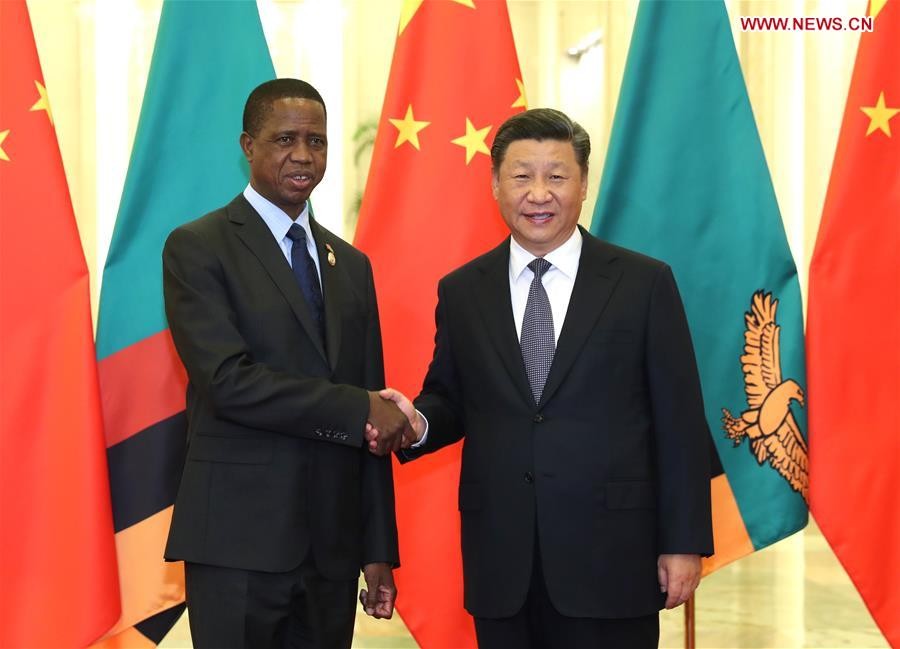 Chinese President Xi Jinping meets with Zambian President Edgar Lungu on September 1, 2018, ahead of the 2018 Beijing Summit of the Forum on China-Africa Cooperation (FOCAC).

Stressing the fact that Zambia was the first country in southern Africa to establish diplomatic ties with the People's Republic of China, Xi said the Chinese government and the Chinese people have always had special  friendly feelings towards Zambia.

China is ready to work with Zambia to uphold the fine tradition of friendship and cooperation, promote bilateral ties in a strategic and long-term perspective, and continue to show mutual understanding and support to each other on issues involving their respective core interests and major concerns, said Xi.

Lungu recalled the beginning of the two countries' friendship, which was forged and nurtured by elder generations of leaders including Zambia's founding President Kenneth Kaunda and the late Chairman Mao Zedong.

He also expressed strong confidence in China's development and Zambia's willingness to join China in building the Belt and Road, expand the cooperation in various fields under the FOCAC framework, promote the development of Africa and sub-regions, and contribute to the building of an even stronger China-Africa community with a shared future.