CULTURE ​Will Man United turn to Ferguson's former players for next boss?

​Will Man United turn to Ferguson's former players for next boss?

Manchester United fans have been given the Christmas present that many of them had been hoping for: Jose Mourinho has been given the sack. The Portuguese follows his own father and several of his predecessors in the Old Trafford dugout in departing a club in the dog days of December. Ed Woodward and the board have decided against appointing an immediate permanent successor, instead conducting a thorough recruitment process to hire a new manager in the summer. That means there will be six months of speculation to see who will be the fourth manager to follow Sir Alex Ferguson. 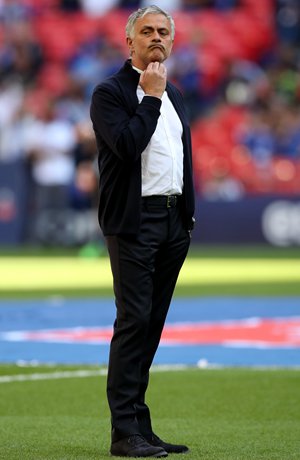 The open secret is that Spurs manager Mauricio Pochettino is the preferred choice at Old Trafford. Both the board and the fans favor a move for the Argentinian who has turned Tottenham into title contenders, impressed in the Champions League and built on the reputation he formed as Southampton boss. Further to his experience, he has shown a track record for bringing young players through to the first team and for playing attacking football - both prerequisites for a United manager, or at least the next one.

He might be the bookmakers' favorite but that is no guarantee United can prize him away. Spurs Chairman Daniel Levy has long got the better of his Old Trafford counterparts in player negotiations and the word is that his manager comes with a 40 million pound ($50 million) price tag. That's not a number for the world's greatest income generating club to baulk at, but they need alternatives.

Zinedine Zidane is seen as one. The Frenchman's coaching reputation is built on winning three Champions Leagues in a row with Real Madrid, before walking away last summer. That his successor Julen Lopetegui, who did not lose a competitive game in two years with Spain, was sacked in a matter of weeks and Santiago Solari has struggled since has only made Zizou look better. There are issues with him too, not least his ability to speak English, his desire to manage the France national team and whether he would actually want the job that is even more of a poisoned chalice than the Bernabeu.

So where does that leave United? They have tried an unproven and unexpected choice in David Moyes, a managerial legend in Louis van Gaal and one of the elite coaches in Mourinho. None of those worked. The immediate solution in the absence of a permanent appointment was to turn to the club's past. Ole Gunnar Solskjaer, the scorer of the most ­famous goal in the club's storied past, has been named the man to instill a sense of history and expectations of a Manchester United player on the current squad.

Solskjaer's previous Premier League management experience resulted in relegation at Cardiff City, the team he faces first as United manager, but he has built a reputation in his native Norway with Molde. He also started under Ferguson as manager of the United reserves, a role he took immediately on retiring from football after 11 years at the club.

Hopes are high that the former striker can return the tradition of attacking football to the current crop, while the goodwill from the fans for the club legend is unlikely to diminish over the next six months. Chelsea famously won the 2012 Champions League final with former player Roberto di Matteo in a caretaker role when he replaced the "new Mourinho" Andre Villas-Boas. Solskjaer's side need to get past Paris St-Germain before they can even consider that, and there is a long way to go even before February's first leg, but anything approaching a positive season will give the board a dilemma as the Norwegian has essentially six months to audition for the role.

It's a similar story for one of his backroom team. Michael Carrick took first-team training in the immediate aftermath of Mourinho departing, a role he could easily fulfill after joining the Portuguese's coaching staff following his retirement from playing last season. The odds of Carrick becoming the next permanent manager of the club were slashed but surely the board will be wary of giving the former England international such a weighty post for his first managerial role? Then again it worked out OK for Pep Guardiola at Barcelona and Zidane at Real Madrid.

Carrick is clearly well regarded at the club, and like Solksjaer and the Norwegian's No.2 Mike Phelan, provides a much-needed link to the trophy-laden days of Ferguson. There are other former players-turned managers who have been linked with the job. In fact more than 30 of his former United players have gone on to the dugout - and more such as Carrick are expected to follow.

In fairness, the most left field of all of them, Eric Cantona, linked himself to the job via a BBC interview but Paul Ince suggested his former teammates Mark Hughes and Steve Bruce. Both are of course available after leaving Southampton and Aston Villa this season. Neither is likely based on their coaching CVs. Laurent Blanc is among the favorites, though, and the former PSG manager is available.

Ryan Giggs, who served as part of David Moyes' staff, acted as caretaker once the Scot was sacked and then took the role of assistant manager to Van Gaal, is seen as more likely. The club's record appearance holder is beloved at Old Trafford and has started his managerial career with Wales. Again, it might be too soon in his career arc for the board to risk but Giggs would surely be interested and many of the fans want to see him in charge one day.

There are others who followed Giggs through the ranks that are considered outside bets by the bookies: Paul Scholes, Nicky Butt, Gary Neville and Phil Neville. All of these would come as a shock but not out of the realms of possibility at Old Trafford nowadays. Not even the return to management of Roy Keane can be ruled out at this stage.

One thing is for sure: The board need to get this next appointment right.