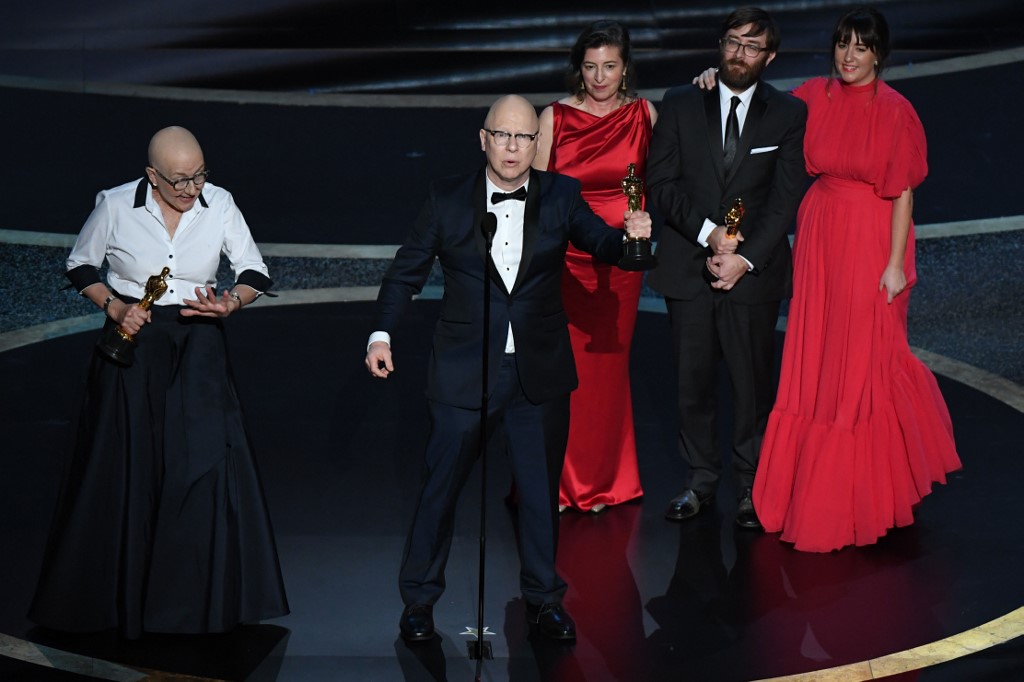 US directors Steven Bognar (C) and Julia Reichert accept the award for Best Documentary Feature for "American Factory" during the 92nd Oscars at the Dolby Theatre in Hollywood, California on February 9, 2020. (Photo: AFP)

"American Factory" beat out "The Cave," "The Edge of Democracy," "For Sama" and "Honeyland" in the category of best documentary feature.

Directed by filmmakers Steven Bognar and Julia Reichert, the documentary tells the story of Chinese company Fuyao's factory in the U.S. state of Ohio bringing jobs to unemployed Americans and experiencing ups and downs in business.