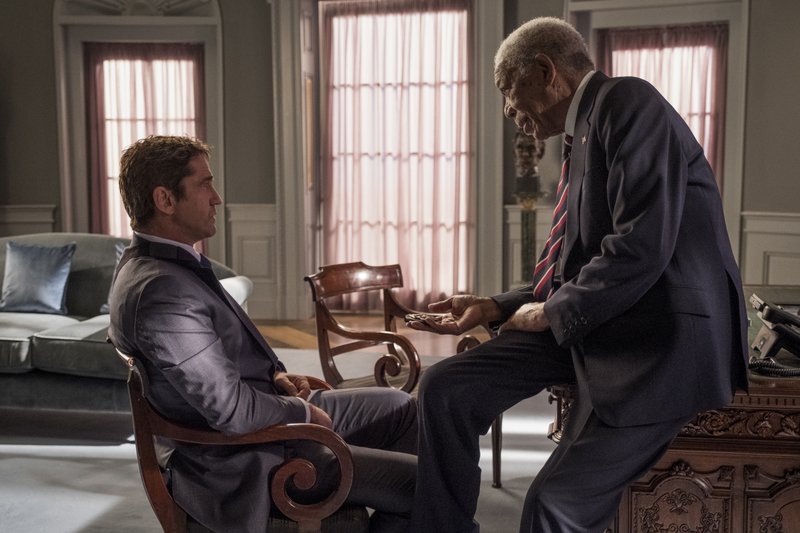 LOS ANGELES, Aug. 25 (Xinhua) -- Lionsgate and Millennium's "Angel Has Fallen" led ticket sales at the North American box office with a better-than-expected 21.25 million US dollars in its opening weekend.

"Angel Has Fallen" is the third chapter in the Fallen film series, following 2013's "Olympus Has Fallen" and 2016's "London Has Fallen." Directed by Ric Roman Waugh, starring Gerard Butler and Morgan Freemanin the lead roles, the action film follows a US Secret Service Agent who is wrongfully accused for the attempted assassination of the President and must evade his own agency and the FBI to uncover the truth.

The film received a received a mixed reception with "A-" rating from moviegoers on CinemaScore but a 39 percent approval rating based on 107 reviews to date on review aggregator Rotten Tomatoes.

Universal's comedy film "Good Boys" slid to second place with 11.75 million in its second weekend. The film has collected 42.05 million dollars in North America through Sunday, according to studio figures collected by measurement firm Comscore.

Directed by Gene Stupnitsky and starring Jacob Tremblay, Brady Noon and Keith L. Williams, the film tells the story of three sixth grade boys who ditch school and embark on an epic journey.

Disney's "The Lion King" came in fourth with 8.1 million dollars in its sixth weekend, pushing its North American total to 510.6 million dollars for a global cume of 1,508.5 million dollars through Sunday, maintaining its spot as the ninth largest global release ever. Directed by Jon Favreau, it is a photo-realistic remake of Disney's 1994 animated film of the same name.

Universal's action film "Fast and Furious Presents: Hobbs and Shaw" finished fifth with 8.14 million dollars in its fourth weekend for a North American cume through Sunday of 147.7 million dollars. Directed by David Leitch, the film is a spin-off of "The Fast and the Furious" franchise. Dwayne Johnson and Jason Statham form an unlikely alliance in the battle against a terrorist organization threatening the world with a deadly virus.