CULTURE 'Another Life' gets another ending

'Another Life' gets another ending 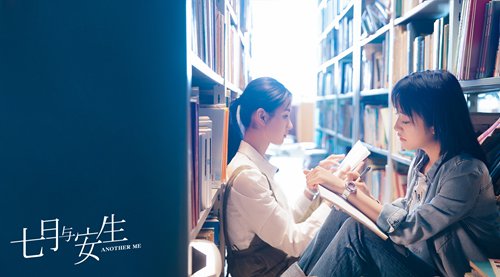 Promotional material for Another Life Photo: Courtesy of Yang Yang

The 2016 film Soulmate was both a commercial and critical success. Adapted from same novel by web writer Annie Baby, TV drama Another Life on Chinese streaming platform iQiyi has been capturing the attention of audiences as well.

The story focuses on two young Chinese girls who have been close friends since middle school despite one being very quit and the other outgoing. However, everything changes when they meet a young boy at the age of 18 and fall in love with him at almost the same time.

Audiences have inevitably drawn comparisons between the movie and TV drama.

Cui Liang, the show's director, said at an Q&A sent to the Global Times that the TV drama will have a much more happy ending than both the original novel and the film, which saw one of the two girls die.

For the director, the show's 53-episode length provides much more space to add more sub storylines and details.

In addition to adding in some new characters, the show spends more time on portraying how people from the post-1990 generation enter society and pursue careers instead of just focusing on their life in college.

Cui said that trying to make the show feel relevant is not just about involving existing roles, but also adding new elements and new roles to create a dialogue with people of different ages, which explains why the script took three years to write.