CULTURE ‘Aquaman’ still rules, and others see a post-Christmas bump

‘Aquaman’ still rules, and others see a post-Christmas bump 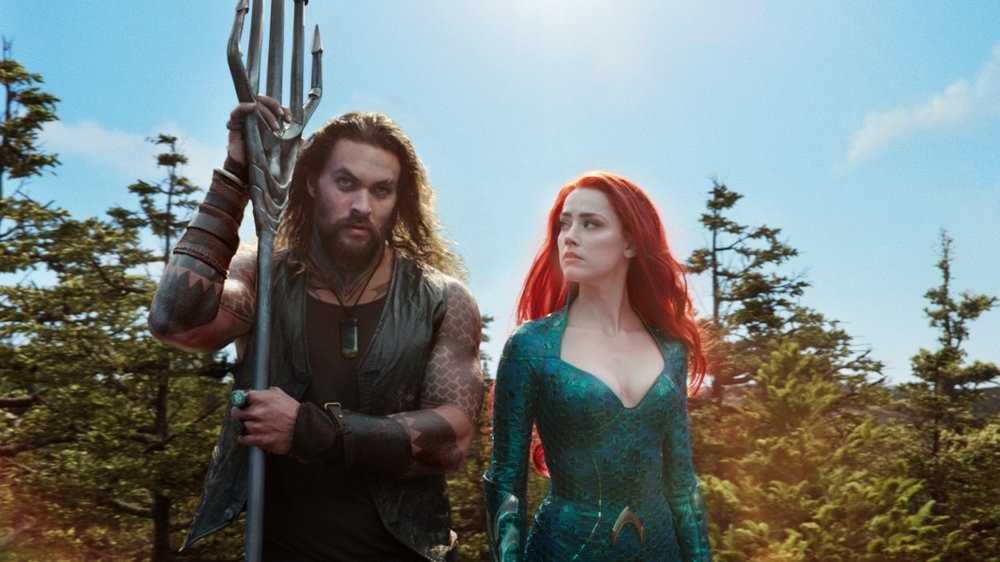 Jason Mamoa and Amber Heard in a scene from "Aquaman," which dominated North American box offices for the second week in a row. (Photo: File)

In the final weekend of 2018, “Aquaman” still led the pack at the box office, but other films like “Mary Poppins Returns,” ″The Mule” and “Second Act” enjoyed post-holiday bumps too, even amid an onslaught of new Christmas offerings like “Vice,” ″Holmes and Watson,” ″On the Basis of Sex” and the Netflix phenomenon “Bird Box.”

Warner Bros. said Sunday that “Aquaman” added an estimated $51.6 million in North American ticket sales over the weekend to take first place again. Down just 24 percent from its domestic debut, the DC Comics pic, which has been No. 1 internationally for four weeks, has now grossed nearly $748.8 million worldwide.

Although other films in theaters were left in “Aquaman’s” wake, more than a few in the top 10 experienced an uncommon uptick in returns this weekend. Disney’s “Mary Poppins Returns” ended the weekend up an estimated 19 percent, in second place, with $28 million, while “Bumblebee,” down only five percent, settled in third with $20.5 million.

The Jennifer Lopez-led “Second Act,” which got off to a slow start last weekend, also found itself up 11 percent, with $7.2 million in seventh place. But the biggest bump of all came for Disney’s “Ralph Breaks the Internet,” which was up nearly 40 percent in its sixth weekend in theaters, with $6.5 million.

“There is a bit of a lull on the weekend leading into Christmas. People are busy and distracted,” said Comscore’s senior media analyst Paul Dergarabedian. “But the weekend after, most of these films in the top 10 got a bounce.”

This so-called “catch-up” weekend made it a little difficult for the Christmas newcomers to make a huge impact, however, especially when the big wide-releases this time were either politically charged (the Dick Cheney movie “Vice”) or poorly reviewed (“Holmes and Watson,” which is in the single digits on Rotten Tomatoes and got a deathly D+ CinemaScore).

Annapurna’s “Vice,” starring Christian Bale as the former Vice President, came out on top for the new films, grossing $7.8 million from the weekend and $17.7 million since its Christmas opening. A leading contender at the Golden Globe Awards this coming Sunday, the film earned mixed reviews from critics and a C+ CinemaScore from audiences.

“That a movie with that subject matter can ride a wave to sixth place is really indicative of how interested people are in this movie,” Dergarabedian said. “This is required viewing for anyone studying the awards season race.”

Driven by the star-power of Will Ferrell and John C. Reilly, “Holmes and Watson” managed to take in $7.3 million despite the negative audience and critic reviews. The Sony film has grossed $19.7 million since Christmas Day.

And in limited release, the Ruth Bader Ginsburg film “On the Basis of Sex” starring Felicity Jones grossed $690,000 from 33 locations, for a total of $1.5 million since its debut. The Laurel and Hardy film “Stan & Ollie,” also with Reilly, opened on five screens to $79,674,” and “Destroyer,” with Nicole Kidman, earned $58,472 from three locations.

The box office year as a whole is barreling toward a record $11.9 billion in returns, as time runs out on 2018, although final numbers won’t be in from all the studios until mid-week.

“This is the perfect way to end a record box office year,” Dergarabedian said. “This weekend represented everything that this year was about: Diversity, escapism and the movie-going experience in the theater, once again proving that the movie theater can take on all competition and come out a winner.”