After its China re-release over the weekend, James Cameron's 2009 cinematic juggernaut "Avatar" has once again become the all-time top-grosser movie worldwide, taking back its crown from Marvel's "Avengers: Endgame." 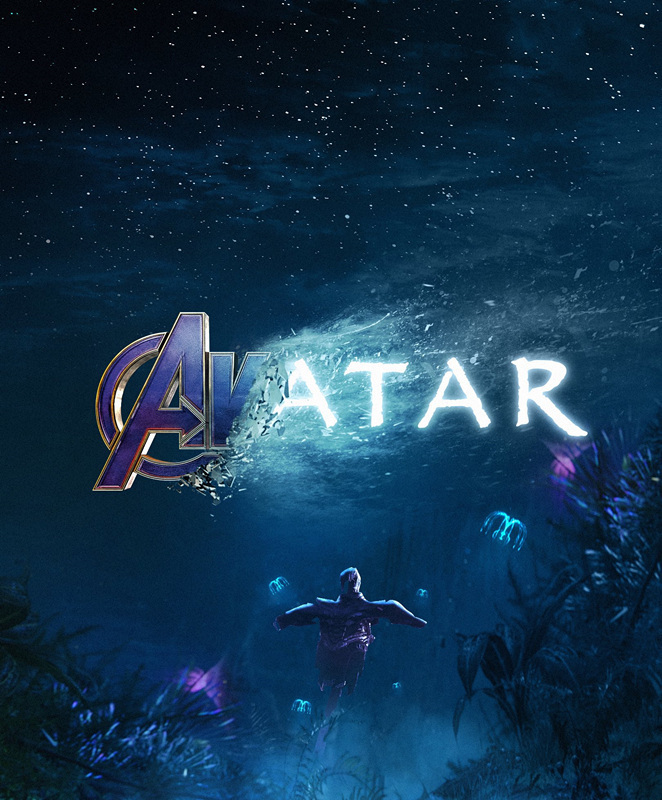 "Avatar" made a robust return to the box office, making 138.24 million yuan ($21.24 million) over three days last weekend, according to Chinese box office tracking platform Beacon. That result closed what had been a roughly $7.8 million gap between it and "Endgame."

The rerun pushed the film's worldwide total takings to $2.81 billion, surpassing the $2.797 billion made by "Avengers: Endgame" in 2019, according to BoxOfficeMojo.

"Avatar" producer Jon Landau said, "We are proud to reach this great milestone, but Jim and I are most thrilled that the film is back in theaters during these unprecedented times, and we want to thank our Chinese fans for their support. We are hard at work on the next Avatar films and look forward to sharing the continuation of this epic story for years to come."

As is Hollywood tradition, the usurped filmmakers paid homage to the new titleholder when the record was announced. Marvel Studios tweeted congratulations to Cameron, and in a reference to "Endgame," said, "We love you 3000." Meanwhile, Anthony and Joe Russo, directors of “Avengers: Endgame", tweeted “Avatar” artwork created by BossLogic with the accompanying message, "Passing the gauntlet back to you."

The official "Avatar" Twitter account and Cameron retweeted Marvel's post with an "Avatar"-style blue heart emoji. The "Avatar" account also posted, "Irayo [Na'vi for thank you] to our fans in China for coming out to see 'Avatar' on the big screen this weekend!”

"Avatar" originally grossed $2.79 billion worldwide and remained the highest-grossing film of all time until 2019, when after a decade, "Avengers: Endgame" dethroned the Na'vi epic. Since The Walt Disney Company bought 20th Century Fox in 2019, both "Avatar" and "Avengers: Endgame" are under the Disney umbrella. Disney now lays claim to eight of the 10 highest-grossing movies of all time worldwide.

In China alone, the film raked in $202.6 million in 2010, an astonishing figure for the local market at the time. Since then, the Chinese market, now the world's largest, has only grown and hosts numerous blockbusters a year.

Cameron told China.org.cn last week that he believes "Avatar" is just as relevant now as it was when it first came out in 2009. He added that he was excited that the reissue in China would not only satisfy those looking for some nostalgia, but also allow people who never had the opportunity to see it the first time around to discover it in the way it's meant to be seen — on a big IMAX 3D screen with full immersion.

The 2010 IMAX 3D release of "Avatar" in China was a movie phenomenon, earning $24 million on only 14 IMAX screens and playing to round-the-clock sold-out shows. Many fans even traveled long distances by train or air to big cities to see "Avatar". The film also marked the beginning of IMAX's ascent to becoming one of the most recognized entertainment brands in China. With more than 700 theaters, China is IMAX's biggest market and accounts for approximately one-third of IMAX's annual global box office takings.

Over the past weekend, the IMAX took $6.2 million at the box office with "Avatar." Remarkably, IMAX theaters also accounted for 30% of the film's weekend earnings, despite accounting for only 1% of screens in the market. The IMAX edition of "Avatar" has now secured a total of $249.5 million in ticket sales, making it the highest-grossing IMAX film of all time in the world. 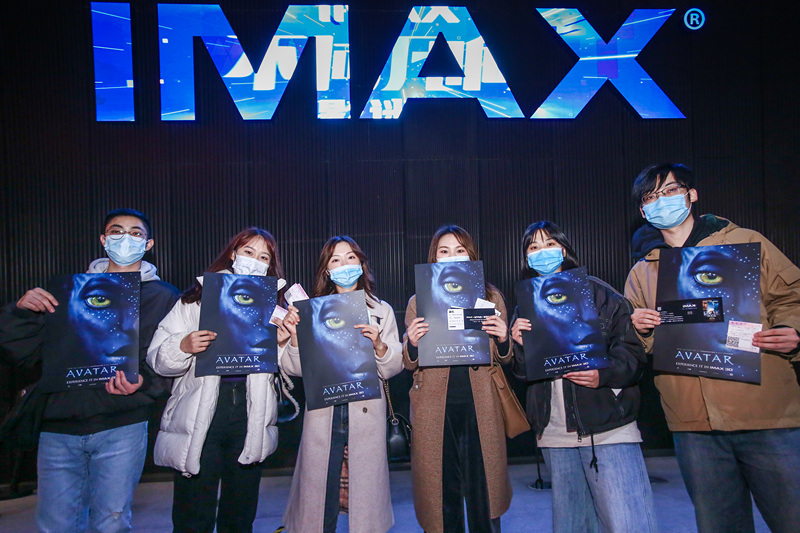 Fans pose for a photo with a reissue poster of "Avatar" before a special IMAX screening of the film in Beijing, March 12, 2021. [Photo courtesy of IMAX China]

"'Avatar' changed everything for IMAX — catapulting our brand into the stratosphere and putting us on the map in China — and we're grateful to help James, Jon, and this watershed film further cements their place in cinematic history," said Rich Gelfond, CEO of IMAX. "Yet again, Chinese moviegoers are demonstrating the pent-up demand for theatrical blockbusters that awaits cinemas around the world as they reopen, and IMAX continues [to] help lead the recovery of the global movie business."

Four "Avatar" sequels are in pipeline, all to be directed by James Cameron and starring the likes of Sam Worthington, Zoe Saldana, and Sigourney Weaver once again. The second and third installments of the "Avatar" saga are now in post-production in New Zealand and are currently slated for release in December 2022 and 2024, respectively.