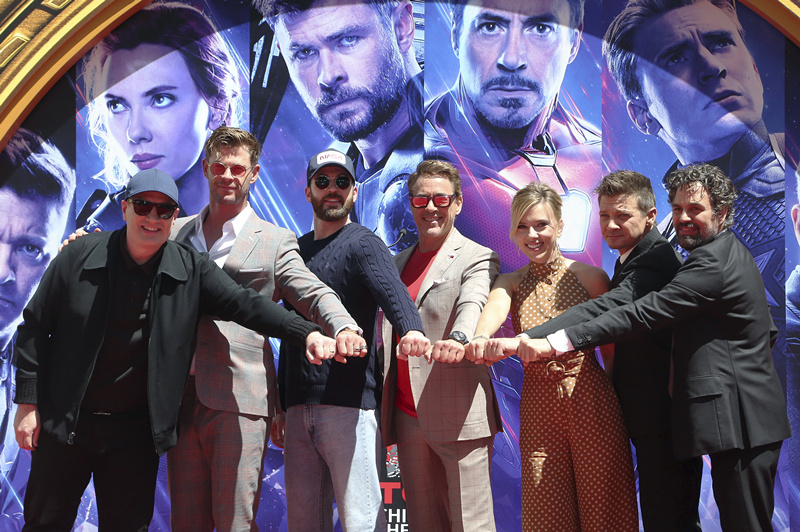 Marvel Studios President Kevin Feige, from left, Chris Hemsworth, Chris Evans, Robert Downey Jr., Scarlett Johansson, Jeremy Renner and Mark Ruffalo, members of the cast of "Avengers: End Game" pose for a photo as they put their hands together after the hands and footprint ceremony at the TCL Chinese Theatre on Tuesday, April 23, 2019, in Los Angeles.(Photo: AP)

The superhero movie grossed more than 311.85 million yuan (about 46.5 million US dollars).

It was followed by Hong Kong action thriller "P Storm", which took in over 2.24 million yuan.

Coming in third was "Andhadhun," an Indian black comedy, which earned around 1.22 million yuan.