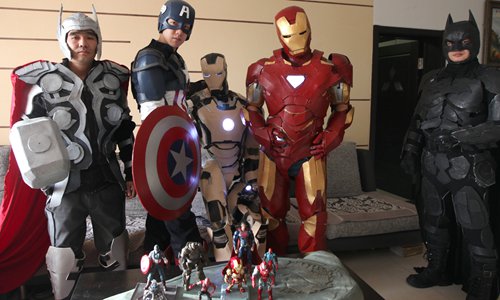 The highly anticipated Hollywood blockbuster broke Chinese movie presale box office history at about 10:30 pm on Sunday, three days ahead of its April 24 premiere, according to data from Maoyan online movie ticketing website.

The film also became a top earner in the midnight premiere slot on the Chinese mainland, raking in more than 120 million yuan with over 1.9 million viewers registered for April 24.

Presale tickets for the midnight screening cost an average 64.8 yuan and surpassed even 1,000 yuan in some first-tier cities, Maoyan reported.

Net users quickly fixed upon a difference between the face value of the ticket and the extra money moviegoers were asked to pay in the name of a cinema's "service fee."

Some theaters were being greedy raising ticket prices at will, the official People's Daily commented via its official Weibo account on Monday, and voiced support for internet users who complained to the consumer association.

A wave of price cuts reportedly hit movie tickets after the Chinese film bureau issued a notice requesting theaters readjust their ticket prices for the movie and stipulated that service fees should not exceed 10 percent of the original ticket fee, according to media reports.

Movie producers set few requirements in their suggested ticket pricing, a Beijing-based industry insider told the Global Times on Monday. He asked not to be named.

The upper limit of the ticket price was not regulated, he noted, but nonetheless no cinema could justify setting random prices for hit movies.

Such an approach "would only lead to chaos in the industry in the long run," he said.