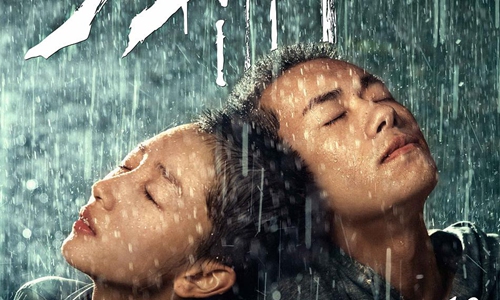 This was the first time in the history of the awards that winners were announced through a livestream. As soon as the results were announced, the related hashtag rushed to the Top Five Trending Chart on China's Twitter-like Sina Weibo.

"Yi made history! He is the first actor from the Chinese mainland to win Best New Performer at the Hong Kong Film Awards! He will become even more brilliant," one Chinese netizen commented on Sina Weibo.

In his acceptance speech, Yi said he was grateful for the recognition and thanked the film's production team for helping him create the character of Xiaobei, according to Sina Entertainment news.

The other lead star Zhou Dongyu was given the award for Best Actress, making the 28-year-old a double movie queen at the Golden Horse Awards and the Hong Kong Film Awards.

Tackling the subject of school bullying, Better Days tells a touching story of two young people who fall for each other while preparing for the college entrance examination. It earned 1.53 billion yuan ($227.3 million) at the Chinese mainland box office, ranking 9th for 2019, and also earned a high score of 8.3/10 on leading Chinese review website Douban.

Prior to the awards, some netizens predicted that the film would do as well as Parasite did at the Oscars, where it earned 12 nominations in February.

"This year's Hong Kong Film Awards preferred realistic films that can reflect real social problems and Better Days is the kind of movie," Shi Wenxue, a teacher of the Beijing Film Academy, told the Global Times on Wednesday.

He said that the movie portrayed the images and experiences of teenagers using a realistic film style. "The way it was shot made the story more convincing."

Shi also praised the performance of the two young stars. "They successfully created two soulful and powerful characters that seem like the people who live around us," he added.

The film was adapted from a novel by Chinese web writer Jiu Yuexi, who became the center of controversy after being accused of plagiarizing an original novel written by Japanese mystery writer Higashino Keigo.

The accusation of plagiarism https://www.globaltimes.cn/content/1187281.shtml came days after the film debuted on October 27, 2019, after audiences noticed that some plot details in the movie were similar to Higashino Keigo's 2005 novel The Devotion of Suspect X.