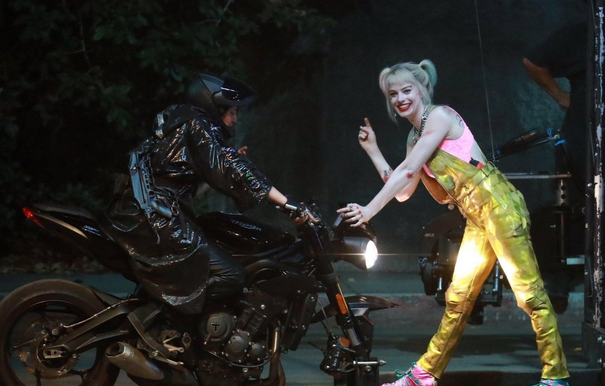 The film debuted with an estimated 48 million dollars from 78 overseas markets this weekend for a global cume of 81.3 million dollars, according to studio figures collected by measurement firm Comscore.

Based on DC Comics characters Harley Quinn and famous comic book team Birds of Prey, "Birds of Prey" is the 8th film in the DC Extended Universe and a follow-up to 2016's superhero film "Suicide Squad." The film follows a fictional female character Harley Quinn who joins superheroes Black Canary, Huntress and Renee Montoya to save a young girl from an evil crime lord.

Margot Robbie returns as Quinn in "Birds of Prey" by Chinese-American director Cathy Yan, who is known as the first Asian woman to direct a major Hollywood studio superhero movie.

"Birds of Prey" receives a "B+" rating from moviegoers on CinemaScore and holds an approval rating of 80 percent on review aggregation website Rotten Tomatoes to date.