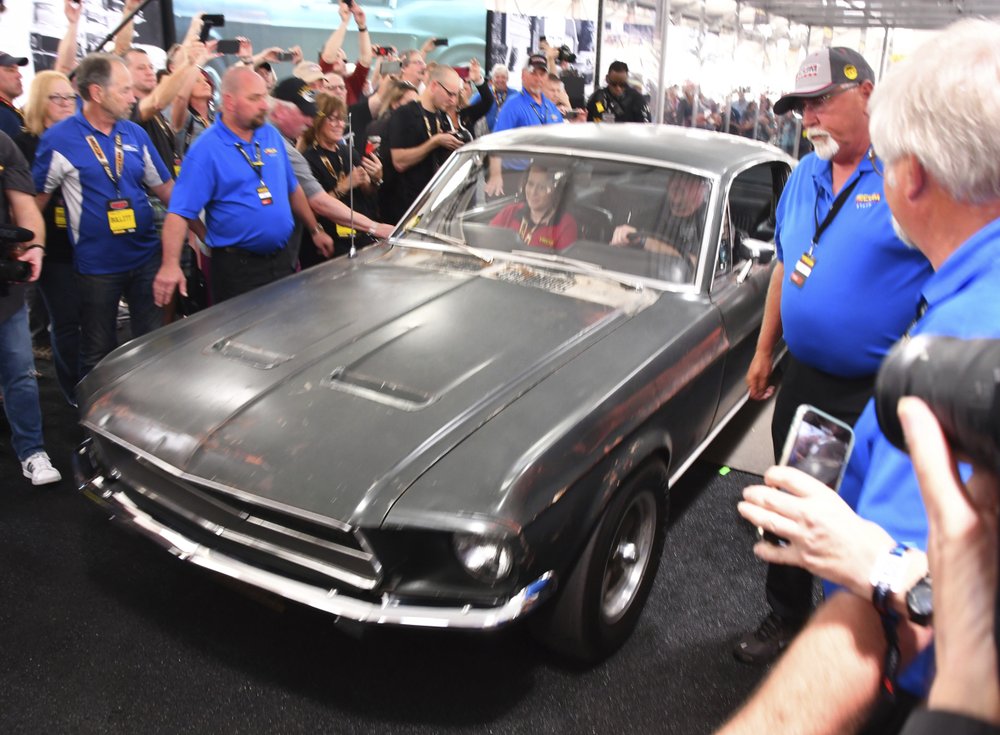 The Highland Green 1968 Ford Mustang GT featured in the film “Bullitt” was sold Friday at a Florida auction house for $3.74 million.

The sale at Mecum Kissimmee marks the most expensive Mustang ever sold, surpassing a 1967 Shelby GT500 Super Snake that sold last year for $2.2 million, the Orlando Sentinel reported.

Owner Sean Kiernan, with his sister Kelly Cotton riding shotgun, drove the car across the auction block at Silver Spurs Arena and then addressed a crowd of about 25,000 before the bidding started.

The auction house posted an 11-minute video of the auction on YouTube.

Bidding surpassed $3 million in the first minute. The top bid went back and forth between someone present and a bidder on the phone for several minutes before the mystery buyer on the phone won, agreeing to pay $3.4 million plus a 10 percent buyer’s premium.

Kiernan’s father, Robert, bought the car after seeing an ad in a 1974 issue of “Road & Track.” The New Jersey family used it as a daily commuter until the clutch gave out in 1980. In the late 1970s, Steve McQueen, who played the title character in “Bullitt,” tracked down the Kiernans and asked if he could reclaim the muscle car in return for a similar Mustang. His pleas went unanswered.

Robert and Sean Kiernan began working on the Mustang in 2001. After Robert Kiernan’s death in 2014, Sean Kiernan finished the car and revealed it to the world. Following the car’s sale, Sean Kiernan said he doesn’t think a more expensive Mustang will ever be sold.

“As far as Mustangs go, this is it. With dad being down in the record books forever, that’s what matters to me,” he said. “I’ve been at peace with the sale for probably eight months now. We’re just having fun with this.”