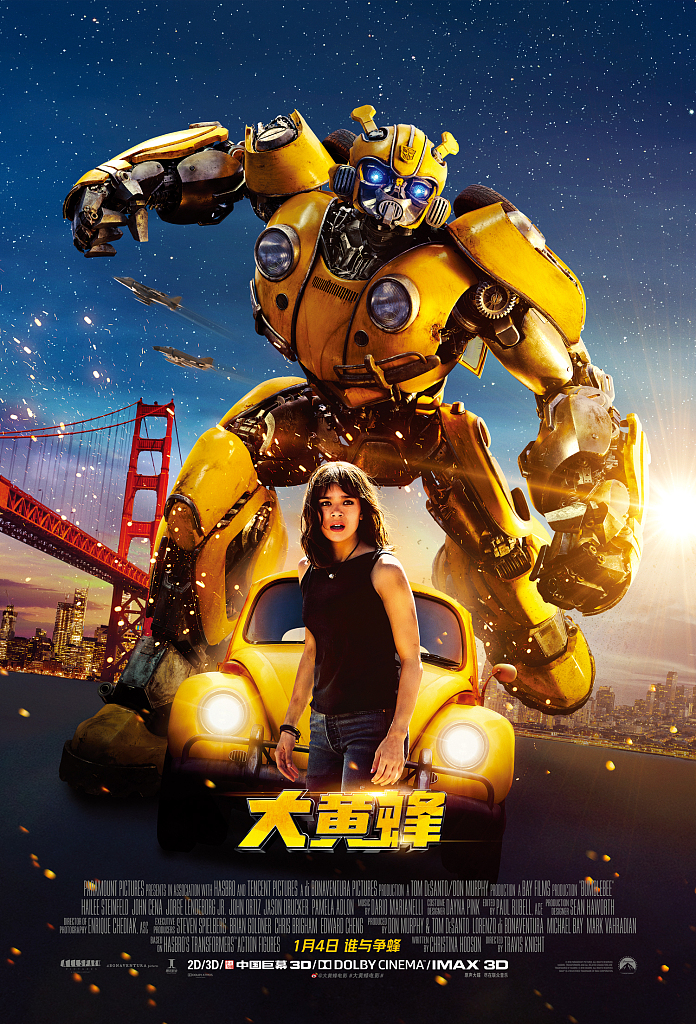 The science fiction action film has raked in around 708 million yuan (104.8 million U.S. dollars) since hitting Chinese screens on Jan. 4.

Second place went to Chinese action film "The Big Shot," which has taken in 123 million yuan at the box office since its release on Jan. 10.

Rounding out the top five was the DC Comics superhero film "Aquaman," which has taken in nearly 1.98 billion yuan since its release on Dec. 7.