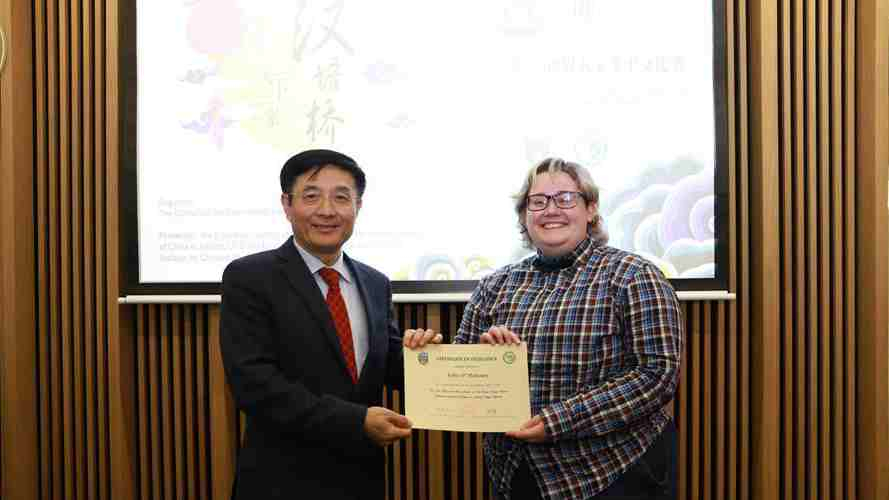 O'Mahoney will represent Ireland in the final competition of the 18th Chinese Bridge Competition of Chinese Proficiency for Foreign College Students to be held in Beijing this summer.

The competition, which is open to all college students with Irish citizenship, aged between 18 and 30, is organized by the Beijing-based Confucius Institute Headquarters, or called Hanban in Chinese, in collaboration with the Chinese embassy in Ireland, University College Dublin (UCD) Confucius Institute and the Irish Institute for Chinese Studies at UCD.

Chinese ambassador to Ireland Yue Xiaoyong, UCD President Andrew Deeks and nearly 100 people watched the final competition which was held at the auditorium of the newly constructed teaching building of UCD Confucius Institute.

Speaking after the prize awarding ceremony, Yue Xiaoyong said that the excellent performance and great enthusiasm of the contestants are really impressive and their interpretation of the speech theme "One World One Family" is very heartwarming and inspiring.

Andres Deeks said that "I hope the participants will continue to develop their skills so that they may contribute to the enhancement of a shared understanding between the peoples of Ireland and China."