CULTURE 'Crazy Rich Asians': Does it offer diversity or more stereotypes from Hollywood?

'Crazy Rich Asians': Does it offer diversity or more stereotypes from Hollywood? 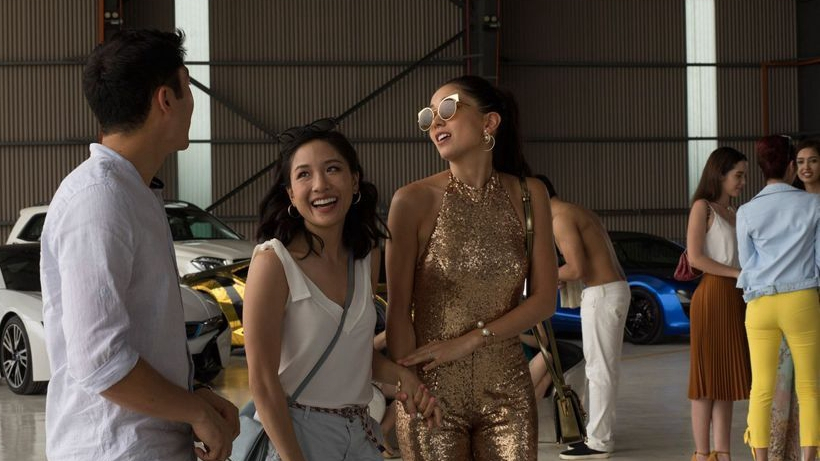 "Crazy Rich Asians" is the hottest Hollywood movie at the moment. It was the first all-Asian cast film in Hollywood in over 25 years, since the "The Joy Luck Club", and was an instant box office winner in its first week when it released from August 15.

Mainstream media overwhelmingly praised and argued that the movie marks a breakthrough in Asian representation by its all-Asian cast.

Good concept with a simple story

The film has a simple modern Cinderella tale. It tells the story of a Chinese girl born in New York who goes to Singapore with her boyfriend, then she finds out her boyfriend's family is the richest family of the district. To better integrate into his family, the girl and her boyfriend's mother launch into a "battle."

The significance of this film has gone far beyond the film contents. It raises some issues about stereotypes of Asians.

"Even if we could easily see through the story line, we would not be able to guess its way of telling the story," The Warp reported in a review that gave the film a high score of 90.

"It's not just a movie. It's a movement," director Jon M. Chu said at an advance screening.

The last film to cause such a spectacle was "Black Panther," Marvel's first black superhero film.

However, there is a dilemma about how minorities are treated differently, and this can be seen in a lot of popular culture.

Regarding the film's story line, some people think it is shallow; others think it's all about political correctness. But there's no doubt that "Crazy Rich Asians" did push these Asian actors, who have been ignored in popular culture onto the Hollywood stage, and let Hollywood know that an all-Asian cast can still carry the box office.

According to Sohu.com, in 2015, for example, Emma Stone played Allison Ng in "Aloha," the original female was half Swedish, a quarter Hawaiian and a quarter Chinese. In 2009, Canadian actor Justin Chatwin played Goku in "Dragonball Evolution." Last year, Scarlett Johansson also played a Japanese character in the anime adaptation "Ghost in the Shell."

In fact, directors often cast white actors in roles that were originally Asian, and the Asian community has been outraged many times.

"Without Asians in the project, our perspective will be lost," said Chris Pang, one of the actors of "Crazy Rich Asians."

Jon M. Chu, the director of the film, tried to use "Yellow," a song from Coldplay on one of the final scenes of "Crazy Rich Asians."

Chu said to Quartz that most people think the term "yellow" is perceived negatively, as it is identified with cowardice, illness and fake news.

Although the song is not about race, the title of the song would be correlated with the racial slur used against Asian people.

Then he wrote a beautiful letter to Coldplay's record company to let "Crazy Rich Asians" use their song, "Yellow." Chu said his letter, which was published by The Hollywood Reporter, speaks to his "complicated relationship with the color yellow."

"For the first time in my life, it described the color in the most beautiful, magical ways I had ever heard: the color of the stars, her skin, her love. It was an incredible image of attraction and aspiration that it made me rethink my self-image," Chu wrote.

Chu wanted to "reclaim the color" after he heard the song. He also tried to impart this sense of reclamation to his audience through the film.

Do not confuse Hollywood with reality

Just like the success of "Black Panther," Asians also hope to have a film of their own that will help the world drop stereotypes and recognize a real Asia. However, most reactions of this film belong to two camps.

The South China Morning Post indicated that the "Crazy Rich Asians" is just a movie and people should not confuse Hollywood with reality.

One netizen from Zhihu.com, a Chinese question-and-answer website, said that the film looks like "General Tso's Chicken," which means "Asian culture through American eyes."

According to the South China Morning Post report, some people from the other camp thought the film ignored the ethnic diversity and economic realities of Asians living in Asia. These critical voices mostly come from Asian countries, including Singapore, where the film was set.

At the core of "Crazy Rich Asians" are familiar western stories and cultural traditions, not eastern narratives and archetypes, as The Paper reported, "outside it is yellow, inside it is white," like the film concludes, meaning the film is just about a Hollywood-like Asia.

But there's something to be said for how good the music is and that the costumes of this film are very well put together, and the Chinese songs on the original film's soundtrack are suitable for the occasion. Just as South China Morning Post reported, Asian-Americans, crazy rich or not, just want acceptance.