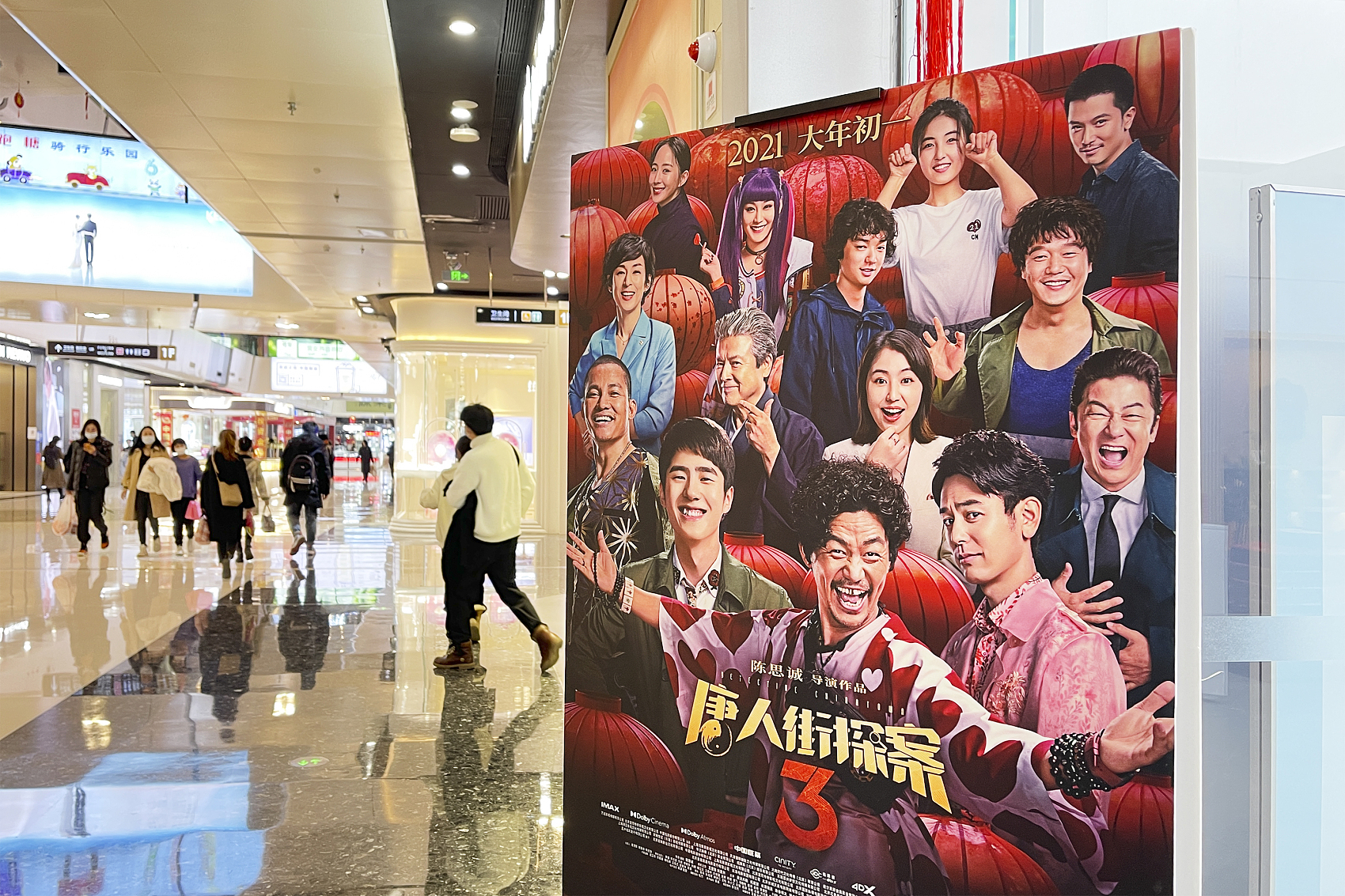 BEIJING, Feb. 12 (Xinhua) -- "Detective Chinatown 3" premiered and made to the top of China's box office on the Chinese lunar new year, which falls on Friday this year, with the sales exceeding 700 million yuan (about 108 million U.S. dollars) by midday Friday.

The highly anticipated film took up two-thirds of the total earnings of the market, where seven domestic films hit the theater on the second day of the weeklong Spring Festival holiday, usually a busy moviegoing season in China.

The latest installment of Wanda Pictures' well-received "Detective Chinatown" comedy film franchise was originally set to be released during the same holiday a year ago but was postponed due to COVID-19.

"Hi, Mom" ranked second on the sales chart, recording a box office revenue of over 176 million yuan as of midday on Friday.

China's box office continues to see robust growth in 2021 after scoring record-high earnings on New Year's Day. The total box office revenue for 2021 is going for the 5-billion-yuan mark on Friday.

As the first such moviegoing period following the COVID-19 outbreak, the Spring Festival holiday is of great importance to China's film industry and will be seen as a further mark of recovery in the box office market, one of the world's largest.