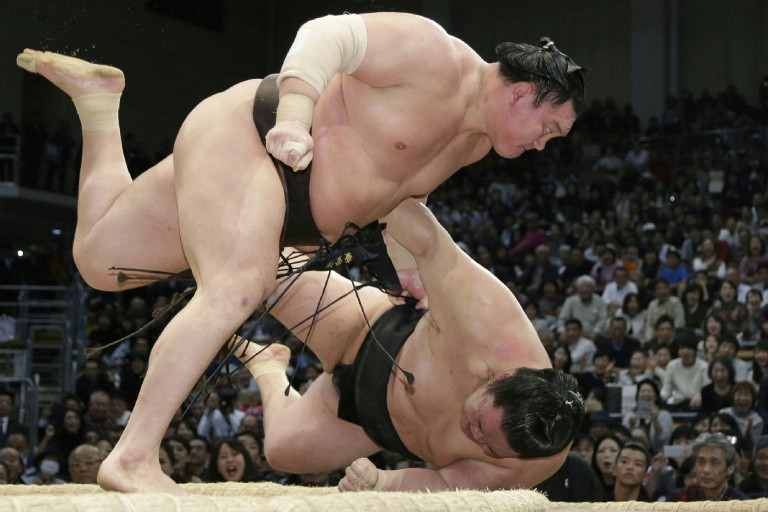 Sumo dates back some 2,000 years and retains many Shinto religious overtones. (Photo: AFP)

Plagued by scandal in recent years, sumo was plunged into further controversy earlier this month after a comedy of public relations errors by the Japan Sumo Association (JSA) that were almost universally slammed as sexist.

The JSA was forced to apologise after women who rushed to the aid of a local mayor who had collapsed during a speech at a regional event were repeatedly told to leave a sumo ring.

Just days after that incident triggered unwanted headlines, a female mayor from the western city of Takarazuka was barred from delivering a speech inside the ring.

The trouble-prone JSA was then further criticised after trying to prevent girls from participating in a children's sumo event in Shizuoka prefecture, citing "safety concerns."

In an attempt to arrest the latest public relations disaster to hit the roly-poly sport, officials met on Saturday, but failed to reach a decision on reversing their men-only rule.

Sumo dates back some 2,000 years according to historians and retains many Shinto religious overtones.

Its dirt rings, known as "dohyo", are viewed as sacred in the Japanese Shinto faith and women -- considered to be ritually unclean -- are not allowed to enter for fear of desecrating the hallowed soil.

However, after videos of the women offering medical help being shooed from the ring in Maizuru, northwest of Kyoto, went viral, the JSA has come under increased fire, prompting them to convene to discuss potential policy changes.

"We are talking about an extremely difficult issue," he said. "Therefore we need to take our time over it."

The closeted sumo world has been rocked by a string of damaging scandals in recent years, from allegations of bout-fixing to drugs arrests and violent bullying -- the most serious case resulting in the death of a teenage wrestler in 2007.

Last year, grand champion Harumafuji was charged over a brutal assault on a rival wrestler while out drinking, ending his career.

However, sumo is not the only sport in Japan to face criticism for its exclusive policies.

The private club chosen to host golf at the 2020 Tokyo Olympics was forced to lift its controversial ban on female membership last year after pressure from Tokyo Governor Yuriko Koike and the International Olympic Committee.